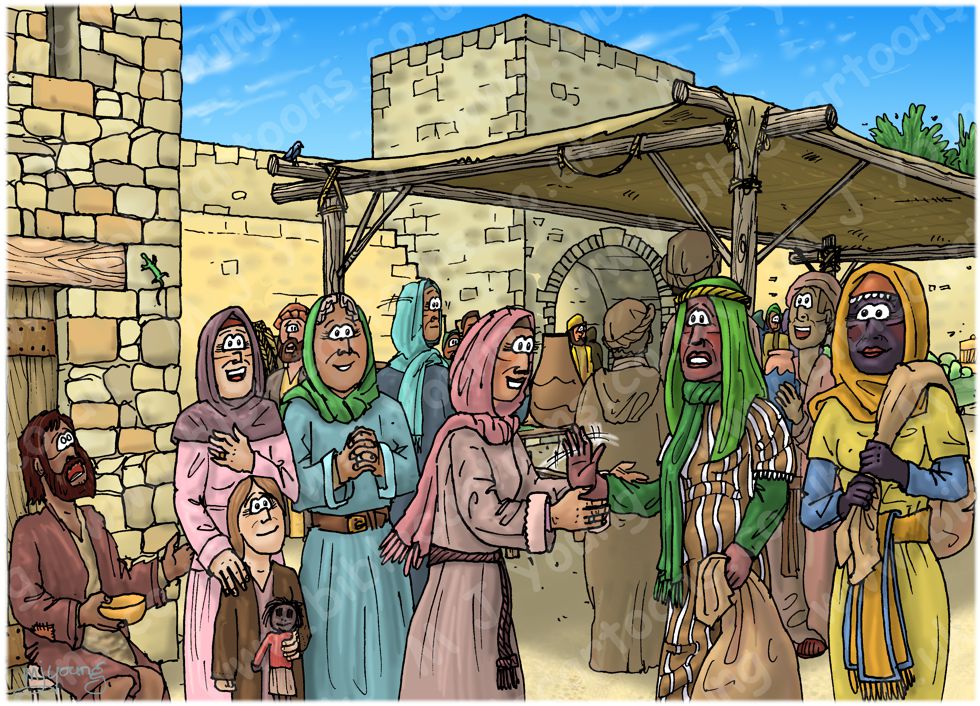 Ruth 1:19-22 (NLT)
19 So the two of them continued on their journey. When they came to Bethlehem, the entire town was excited by their arrival. “Is it really Naomi?” the women asked.
20 “Don’t call me Naomi,” she responded. “Instead, call me Mara, for the Almighty has made life very bitter for me. 21 I went away full, but the Lord has brought me home empty. Why call me Naomi when the Lord has caused me to suffer and the Almighty has sent such tragedy upon me?”
22 So Naomi returned from Moab, accompanied by her daughter-in-law Ruth, the young Moabite woman. They arrived in Bethlehem in late spring, at the beginning of the barley harvest.

TIME OF DAY:
The time of day that Naomi and Ruth arrived in Bethlehem is not mentioned in the Bible. I have set this scene in the early afternoon.

LIGHTING NOTES:
The sun is high in the sky, casting shadows to the right of figures and objects.

CHARACTERS PRESENT:
On the right is Ruth (dressed in yellow and blue), with Naomi to the left of her. Naomi is wearing her usual white & brown striped outer robe.
Various un-named residents of Bethlehem I the background.
I have included a beggar to the left of the figures, in the left foreground, complete with begging bowl.

RESEARCH/ADDITIONAL NOTES:
I decided it would be nice to draw a market scene for Naomi’s return to Bethlehem. There is a large wooden frame, supporting a thick canopy over the various market stalls. A group of ladies is greeting Nami/Mara in the foreground. Notice that Naomi has her right hand raised & is shaking it, in a gesture of denial regarding her name Naomi, preferring instead to be called Mara. Notice also the little girl who is holding a rag doll… I suppose children have had such toys for as long as there has been children!

Here’s the market scene in Bethlehem, without the figures. 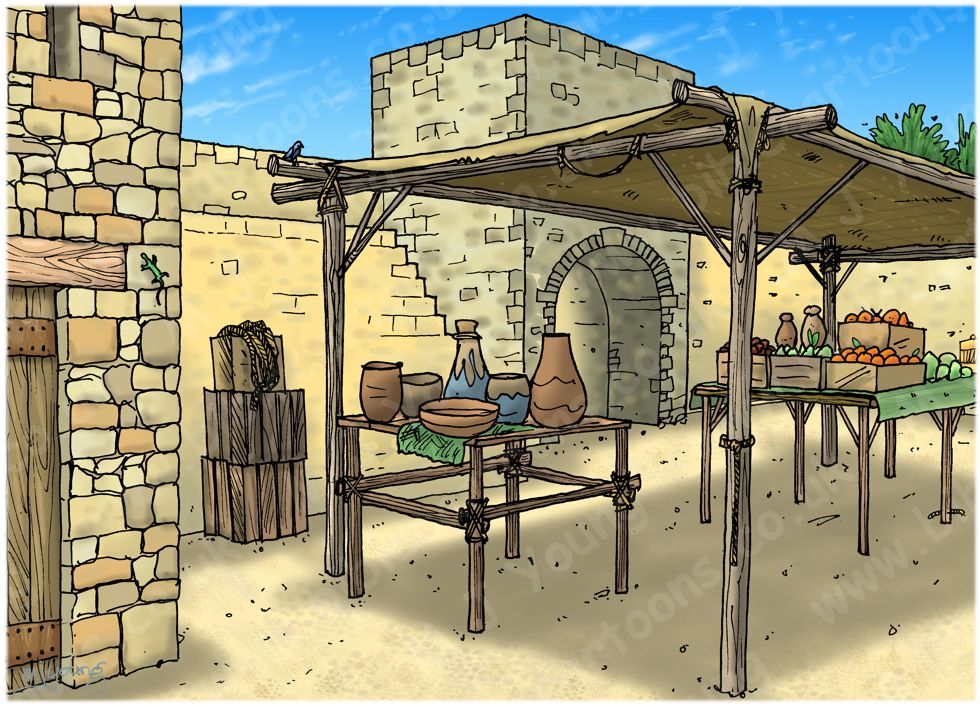