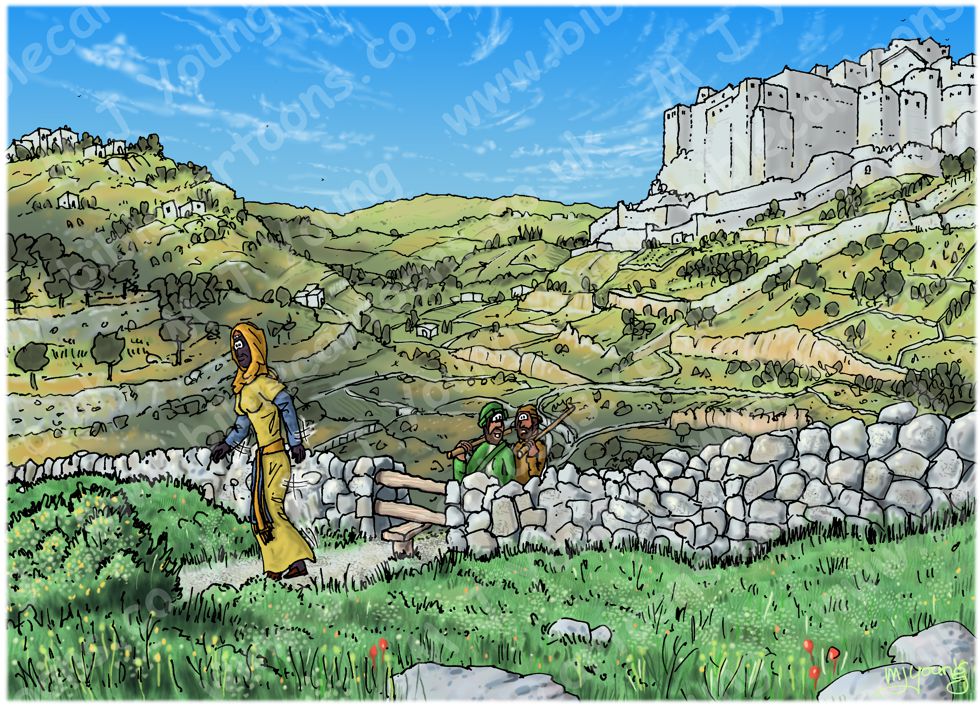 Ruth 2:1-3 (NLT)
Ruth works in Boaz’s field
1 Now there was a wealthy and influential man in Bethlehem named Boaz, who was a relative of Naomi’s husband, Elimelech.
2 One day Ruth the Moabite said to Naomi, “Let me go out into the harvest fields to pick up the stalks of grain left behind by anyone who is kind enough to let me do it.”
Naomi replied, “All right, my daughter, go ahead.” 3 So Ruth went out to gather grain behind the harvesters. And as it happened, she found herself working in a field that belonged to Boaz, the relative of her father-in-law, Elimelech.

TIME OF DAY:
Unspecified in Bible narrative. I imagine Ruth would go to work early in the morning.

LIGHTING NOTES:
There is early morning sunshine illuminating the scene from the left (East).

CHARACTERS PRESENT:
Ruth is in the foreground, dressed in her usual yellow robes.
We can see two men coming up to a wooden stile over a stone wall, just behind Ruth. I imagine they are also walking to work in some fields.

RESEARCH/ADDITIONAL NOTES:
I did quite a lot of research to find out about Bethlehem fro the pictures in the book of Ruth. One thing I discovered is that the village/town is on a hilltop, and apparently has quite steep slopes leading down into valleys. These would form a natural defensible position on the hill top. It appears that the residents of Bethlehem built fortifications to help defend the place. You can see these grey coloured stone buttresses and walls in the background of my scene.
I have included terraces and little fields, stone walls and groves of olive trees all over the landscape in my scene.

According to the geological map, Bethlehem is built on the Menuha Formation, a region of Chalk & Chert.

Here’s the scene, without the figures. 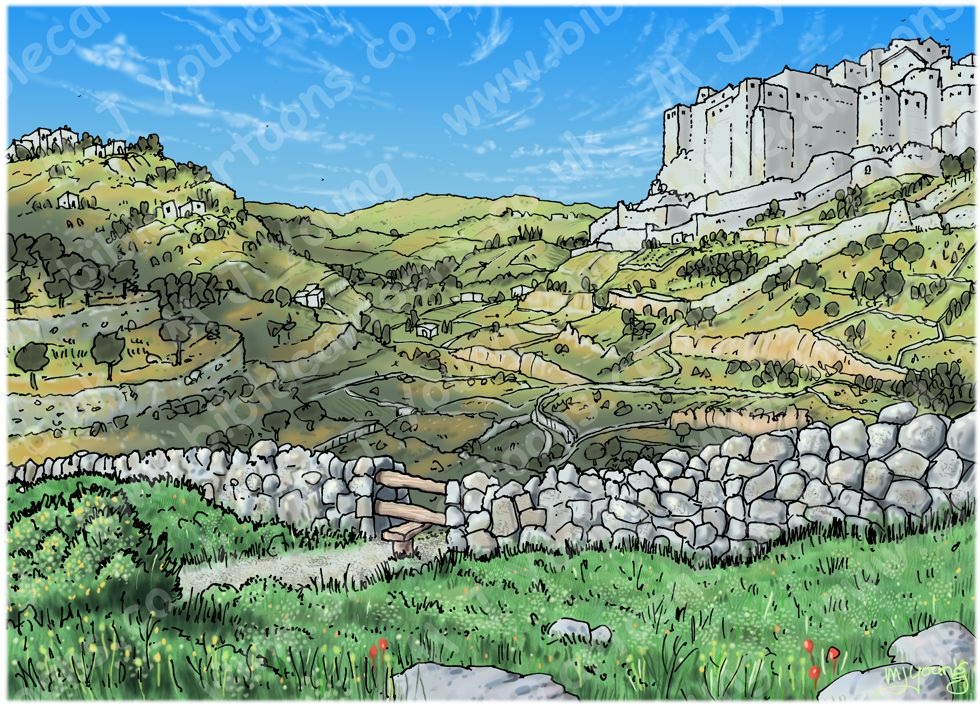 Here’s the initial pencil sketch I drew, to establish the design and get all the elements balanced in the scene. 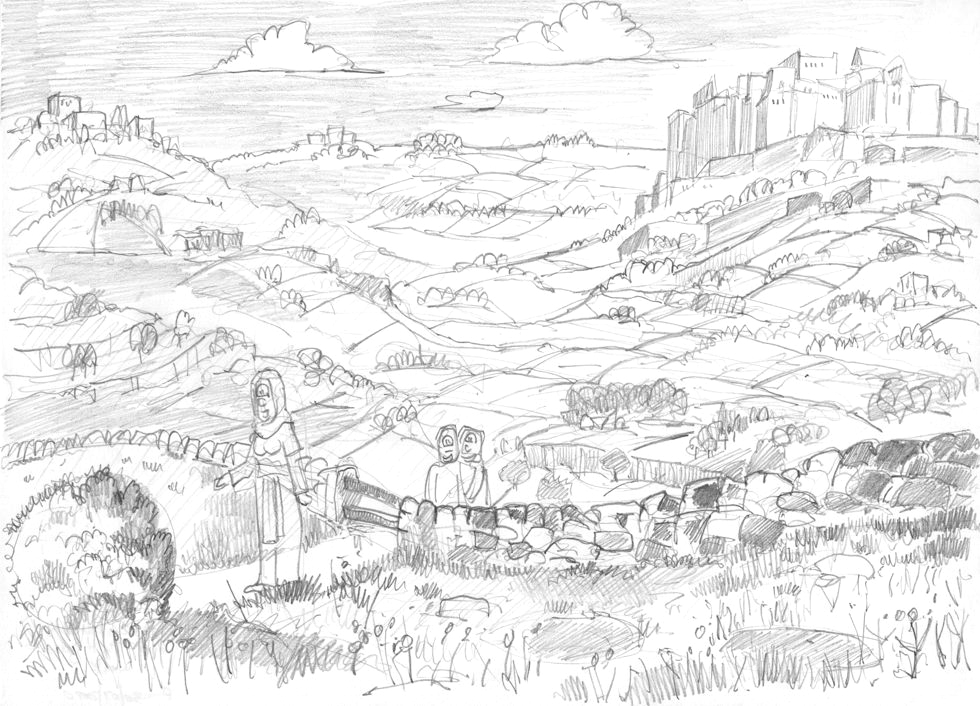