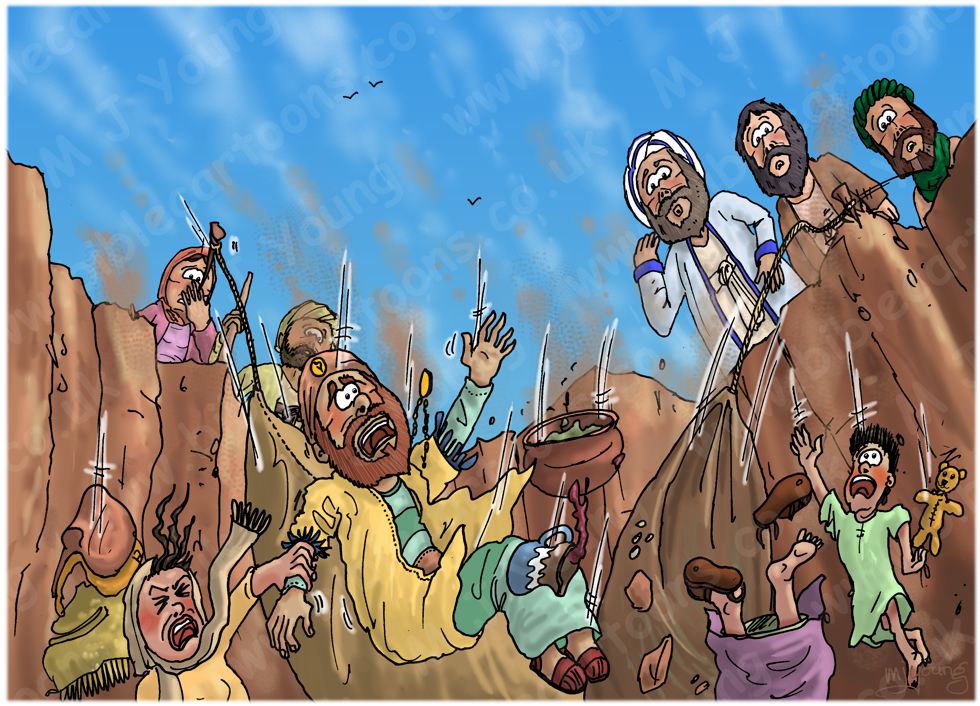 CHARACTERS PRESENT:
In the foreground Korah son of Izhar, the son of Kohath, the son of Levi (wearing yellow & blue fringed outer robe) is disappearing into the ground. There are various members of his household (& the households of Dathan, Abiram & On) young & old alike, disappearing into the hold in the earth. Korah’s wife (first seen standing next to him in Scene 06) is gripping his arm & screaming.
Above the chasm, on the right hand side we can see Moses (in pale blue outer robe), Aaron (in brown outer robe) & Joshua, son of Nun (in green scarf & turban).
There are two un-named Hebrew people on the left, looking into the hole.
There is a little boy falling on the right, and his teddy bear is falling with him.

RESEARCH/ADDITIONAL NOTES:
There are two versions of this scene:
01) (Previous page) Numbers 16 – Korah’s rebellion – Scene 07 – Ground swallows the rebels (Version 01). This version is an aerial view of the hole that is swallowing up the rebels.

02) (This page) Numbers 16 – Korah’s rebellion – Scene 07 – Ground swallows the rebels (Version 02). This version is set inside the hole in the earth, looking up at Moses and others.

Notice that Moses, Aaron & Joshua are the small figures in the top right hand side of the picture, peeping over the edge of the chasm at Korah and the others.

It was rather sad to include the little boy & his teddy bear falling into the gapping hole, but the scriptures clearly state that the families of the rebels also fell into the hole in the earth.

Interestingly, Numbers chp 26 verse 11 states that, “The line of Korah, however, did not die out.” This would mean that not every close relative of Korah’s was swallowed up by the earth as a consequence of his sin. 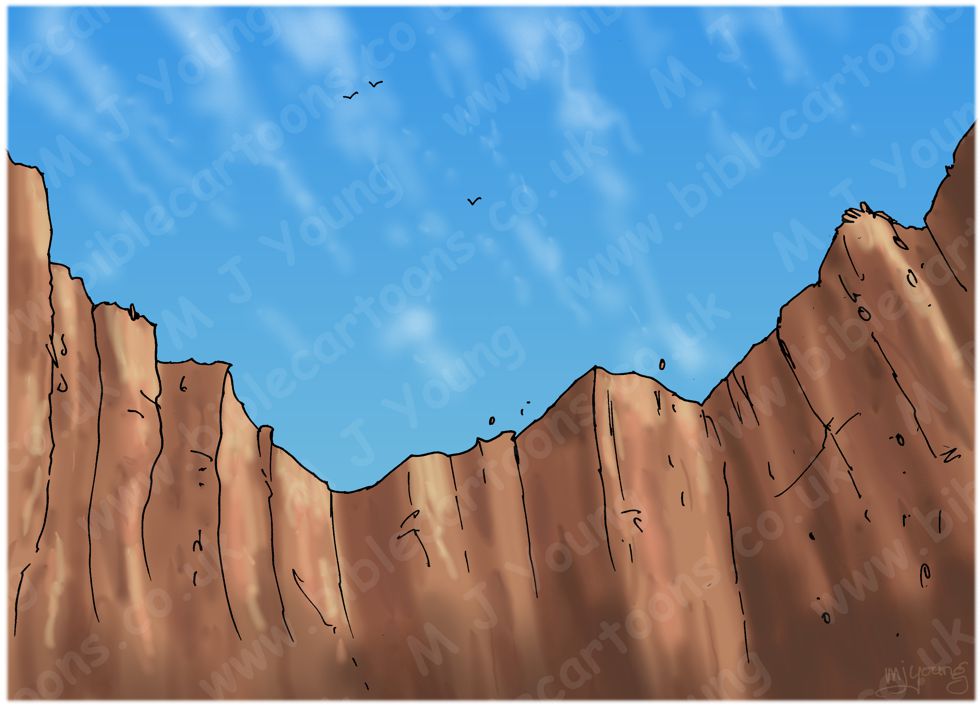 this is the initial rough pencil sketch for this scene. 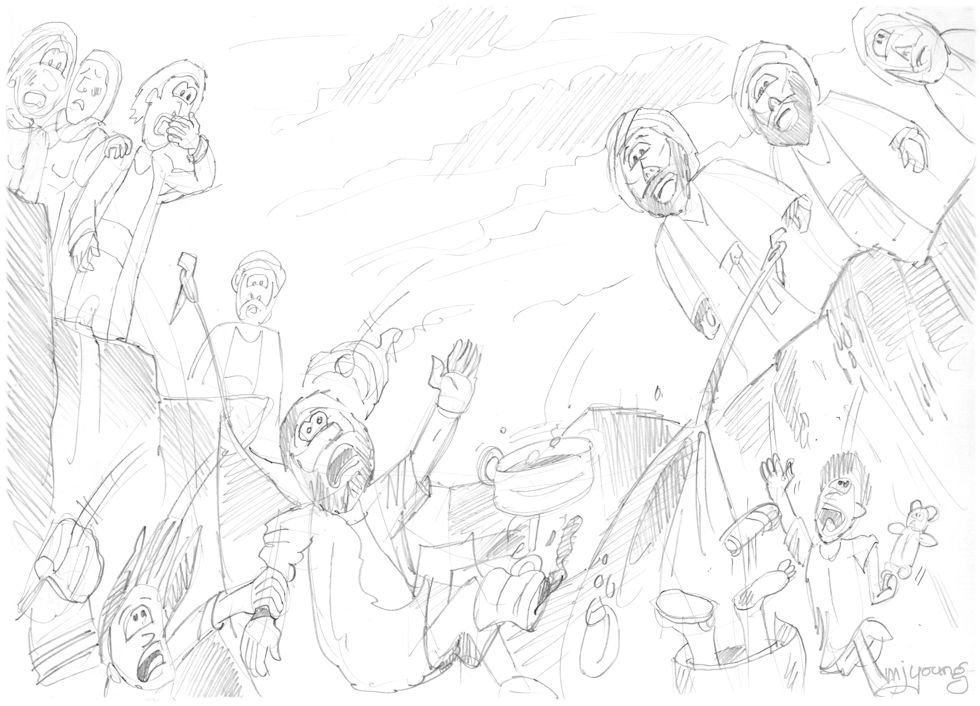