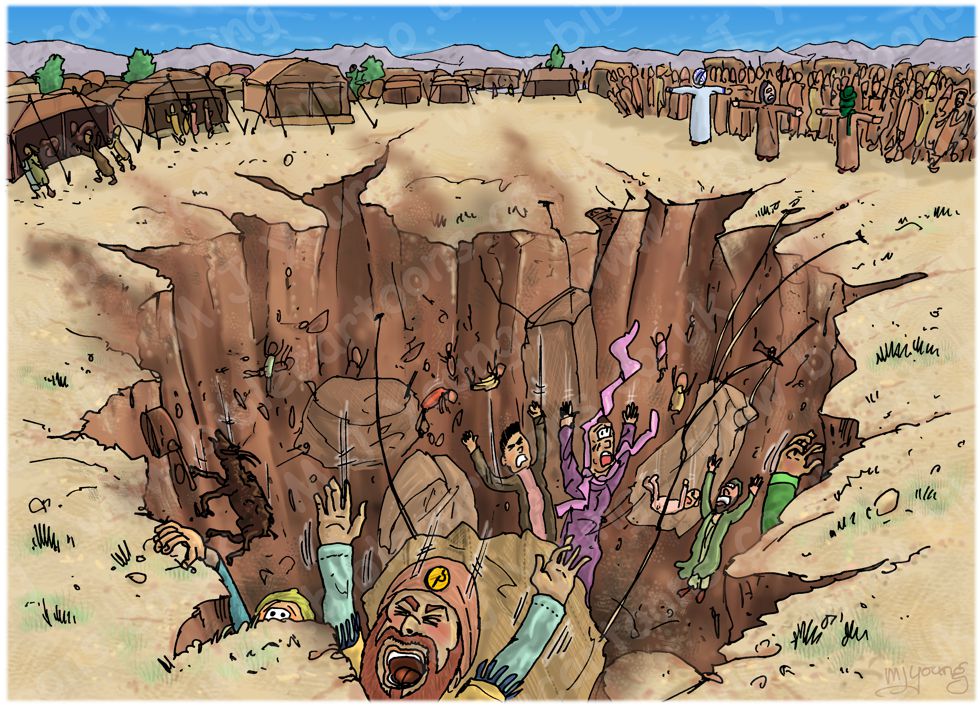 CHARACTERS PRESENT:
In the foreground Korah son of Izhar, the son of Kohath, the son of Levi (wearing yellow & blue fringed outer robe) is disappearing into the ground. There are various members of his household (& the households of Dathan, Abiram & On) young & old alike, disappearing into the hold in the earth.
In the background is the rest of the camp of the Hebrew people. On the right hand side we can see Joshua, son of Nun (in green scarf & turban), Aaron (in brown outer robe) & Moses (in pale blue outer robe), they are telling the people to keep back from the rebels.

RESEARCH/ADDITIONAL NOTES:
There are two versions of this scene:
01) (This page) Numbers 16 – Korah’s rebellion – Scene 07 – Ground swallows the rebels (Version 01). This version is an aerial view of the hole that is swallowing up the rebels.

02) (Next page) Numbers 16 – Korah’s rebellion – Scene 07 – Ground swallows the rebels (Version 02). This version is set inside the hole in the earth, looking up at Moses and others.

Notice that Moses, Aaron & Joshua are the small figures in the top right hand side of the picture, keeping the Hebrew people away from the doom of Korah.

Interestingly, Numbers chp 26 verse 11 states that, “The line of Korah, however, did not die out.” This would mean that not every close relative of Korah’s was swallowed up by the earth as a consequence of his sin. 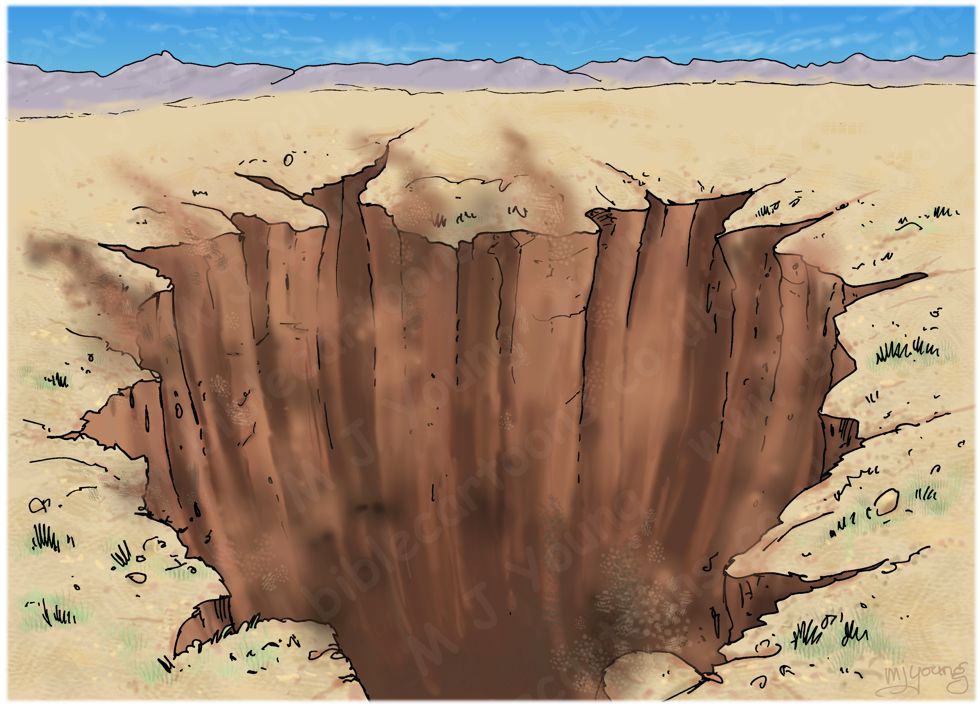