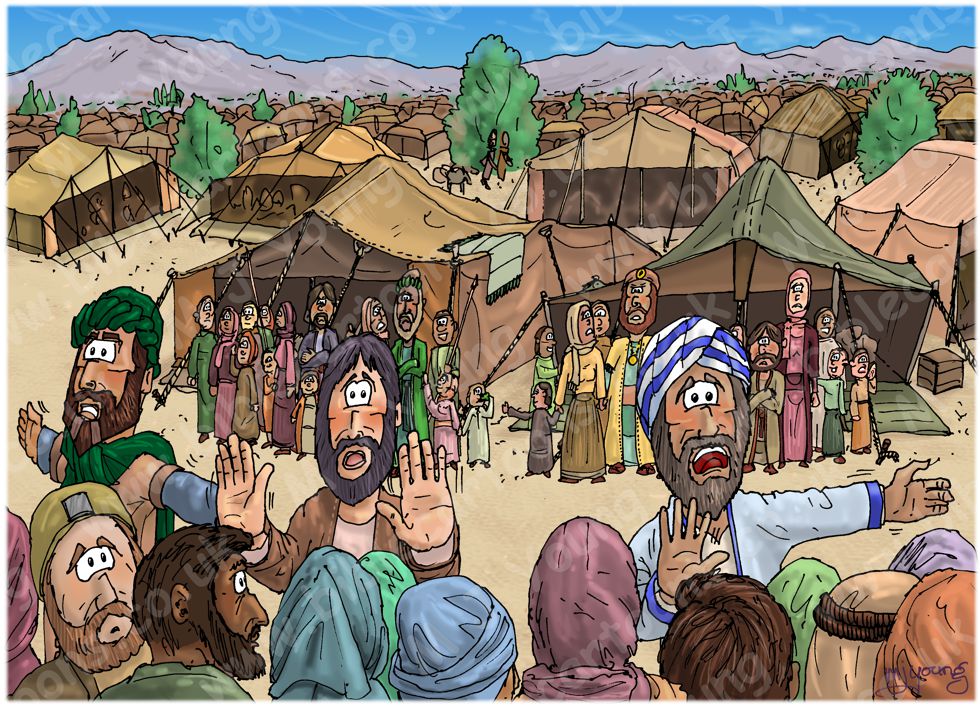 TIME OF DAY:
Unspecified in Bible. I have set this scene at about mid day.

CHARACTERS PRESENT:
From left to right, in the foreground we have various Hebrew people, most of whom we can only see the back of. Facing this crowd are Joshua, Aaron & Moses, who have hands & arms upraised to warn the people to move back from the tents of the rebellious Dathan, Abiram, Korah, On & their families.
The small figures outside their tents are these four men, with their wives and children.

RESEARCH/ADDITIONAL NOTES:
This was quite a complicated scene to design, and it took many hours to colour up to, what with all those tents in the background, and the many figures I have included!

Hopefully you can make out the 4 main, named rebels (from left to right), Dathan, Abiram, Korah & On. Notice that the short man On has a very tall wife in pinks & purples, standing beside him!

Here’s the scene without the foreground figures, but still including the 4 chief rebels: Dathan, Abiram, Korah & On, with their families. 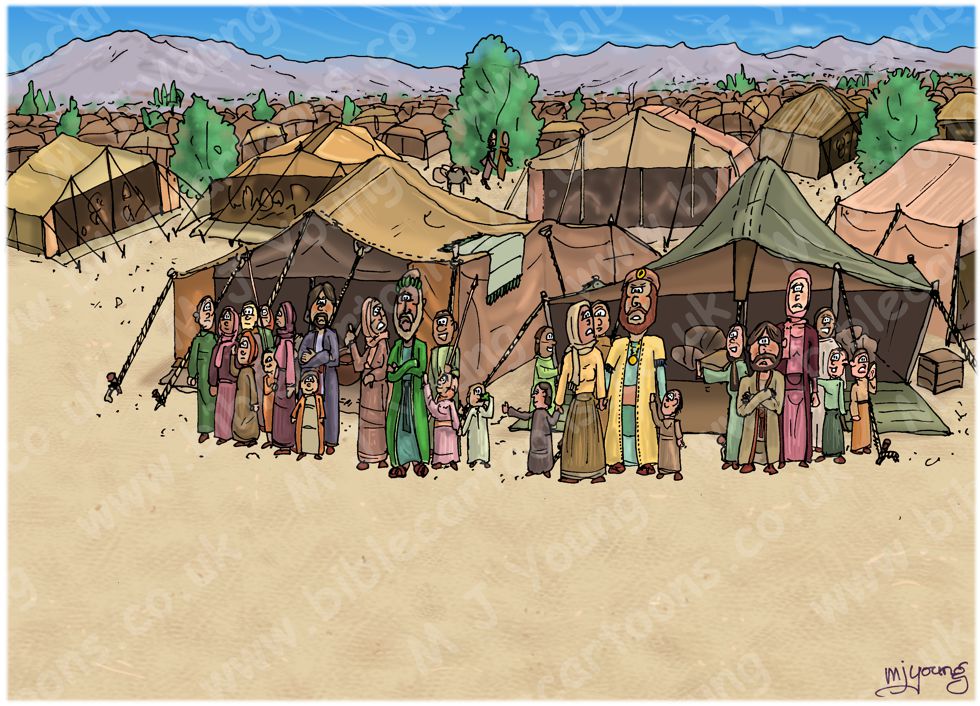 Here’s the scene without any of the figures included. 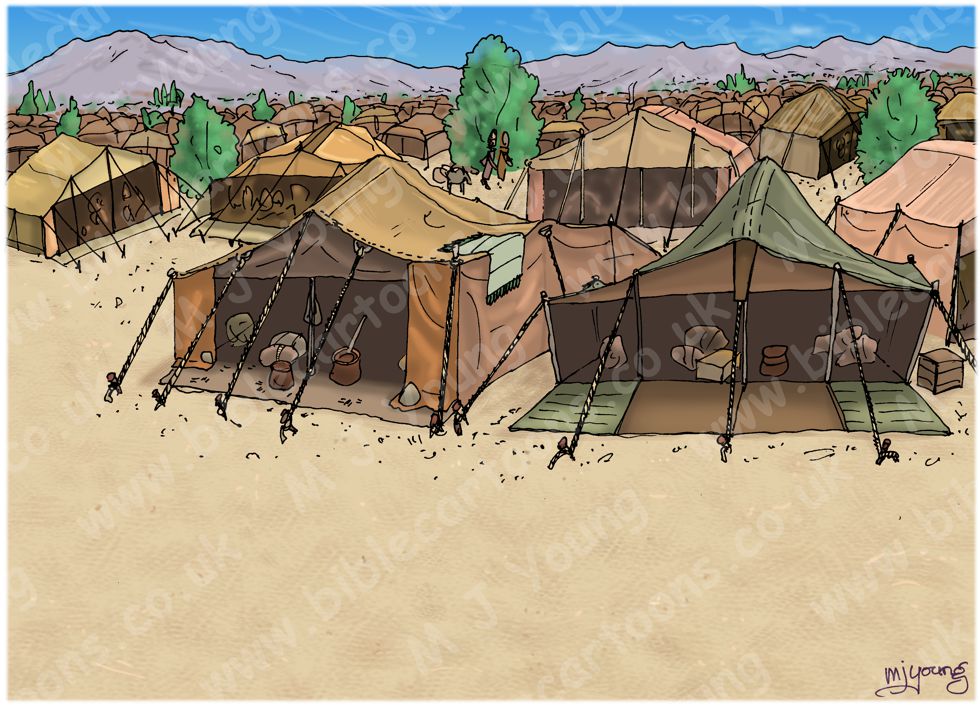