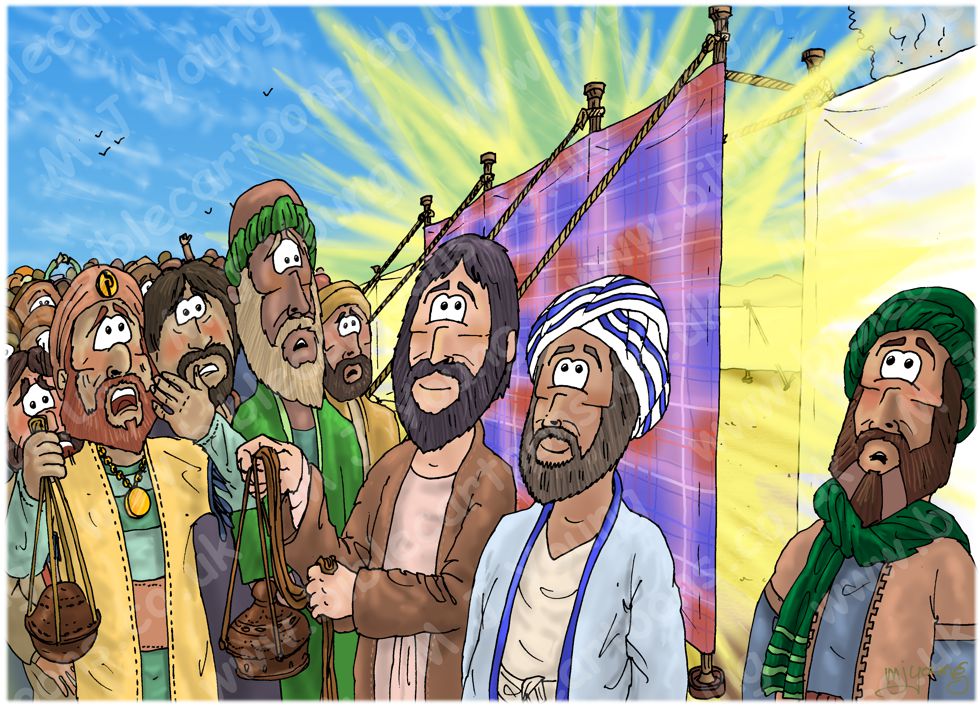 Numbers 16:16-23 (ANIV)
16 Moses said to Korah, “You and all your followers are to appear before the Lord tomorrow—you and they and Aaron. 17 Each man is to take his censer and put incense in it—250 censers in all—and present it before the Lord. You and Aaron are to present your censers also.” 18 So each man took his censer, put fire and incense in it, and stood with Moses and Aaron at the entrance to the Tent of Meeting. 19 When Korah had gathered all his followers in opposition to them at the entrance to the Tent of Meeting, the glory of the Lord appeared to the entire assembly. 20 The Lord said to Moses and Aaron, 21 “Separate yourselves from this assembly so that I can put an end to them at once.”

22 But Moses and Aaron fell face down and cried out, “O God, God of the spirits of all mankind, will you be angry with the entire assembly when only one man sins?”

23 Then the Lord said to Moses, 24 “Say to the assembly, ‘Move away from the tents of Korah, Dathan and Abiram.’ “

TIME OF DAY:
Unspecified in Bible. I have set this scene in the mid morning.

LIGHTING NOTES:
The sun (unseen & high on the right) illuminates this scene.
I have created a glow behind the Entrance to the Tent of Meeting, which represents the glory of the Lord (see verse 19 above). That glow is also illuminating the figures & objects in this scene.

CHARACTERS PRESENT:
From left to right: On, son of Peleth is the little man who’s head & eyes are just visible over Korah, son of Izhar’s shoulder (he is wearing a yellow & blue fringed outer robe). Behind Korah is Dathan son of Eliab (brother of Abiram; in purple outer robe) & Abiram son of Eliab (brother of Dathan; wearing green & brown turban).
All of the figures behind these 4 characters represent the 250 leaders who joined them in rebelling against Moses.
In front of the colourful woven entrance to the tent of meeting (from left to right) we have Aaron, Moses & Joshua, son of Nun.

RESEARCH/ADDITIONAL NOTES:
This scene takes most of its elements from previous pictures. The figures and enclosure & entrance to the Tent of Meeting were all designed & established in Scenes 01-04.

This particular picture portrays the appearance of the awesome glory of the Lord. Notice that we can just see some of the pillar of cloud (top right) rising from the centre of the enclosure, where the Tent was situated.

Here’s the scene without the figures. Notice some of the many tents of the Hebrew people, amongst the trees, surrounding the Tent of Meeting, which was at the centre of the camp. 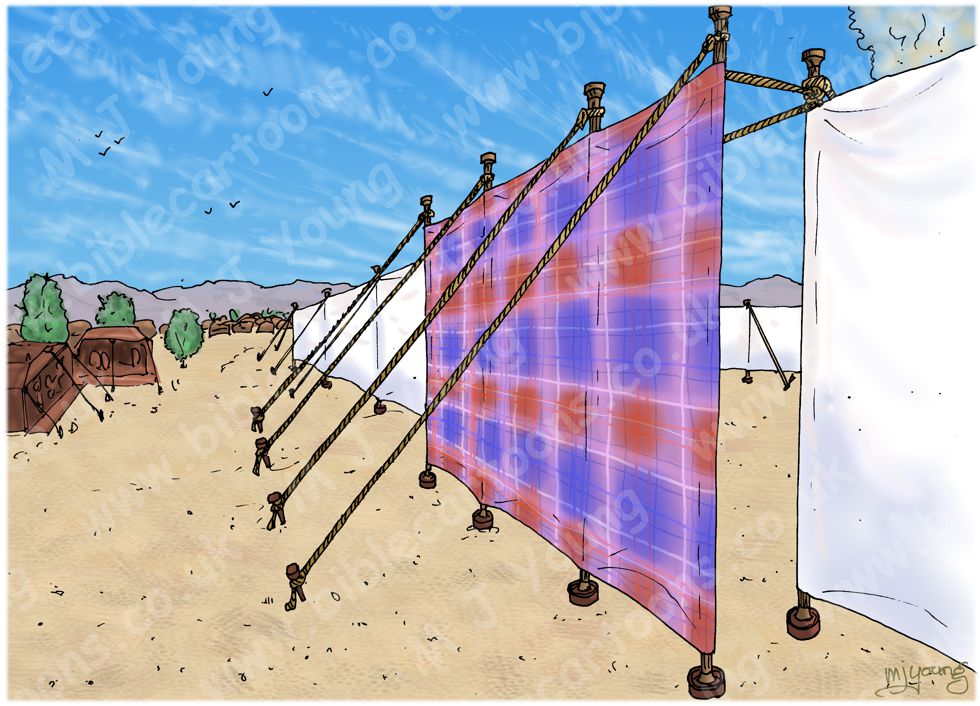