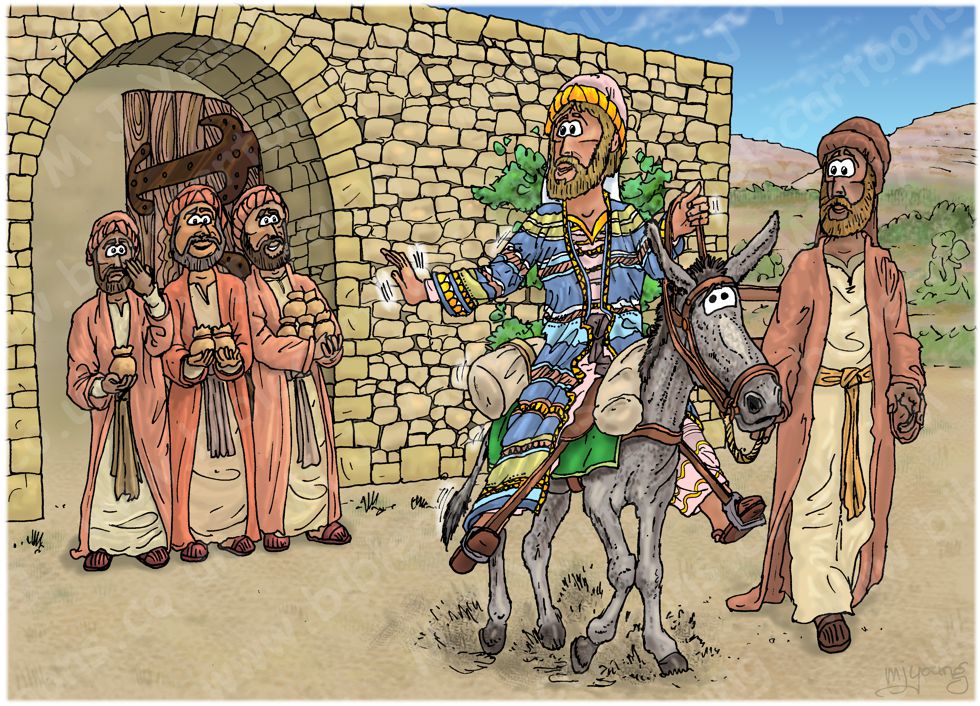 Matthew 25:14-15 (NLT)
14 “Again, the Kingdom of Heaven can be illustrated by the story of a man going on a trip. He called together his servants and gave them money to invest for him while he was gone. 15 He gave five bags of gold [1] to one, two bags of gold to another, and one bag of gold to the last—dividing it in proportion to their abilities—and then left on his trip.

[1]
Greek, talents; also throughout the story. A talent was equal to 75 pounds or 34 kilograms.

TIME OF DAY:
Unspecified in Bible narrative. I have set this scene in the middle of the morning.

CHARACTERS PRESENT:
The man (verse 14) is sitting on his donkey, which is being led by another servant.
The three servants who have received gold from their master are standing in front of the arched gateway to his home.

RESEARCH/ADDITIONAL NOTES:
The three servants standing in a line are holding the bags of gold their master has given them. The one on the right has 5 bags, the middle one has 2 bags & the one on the left has 1 bag. It is interesting to note that their master realized that their abilities were different from one an other, and the amount he gave to each of them reflected their abilities. 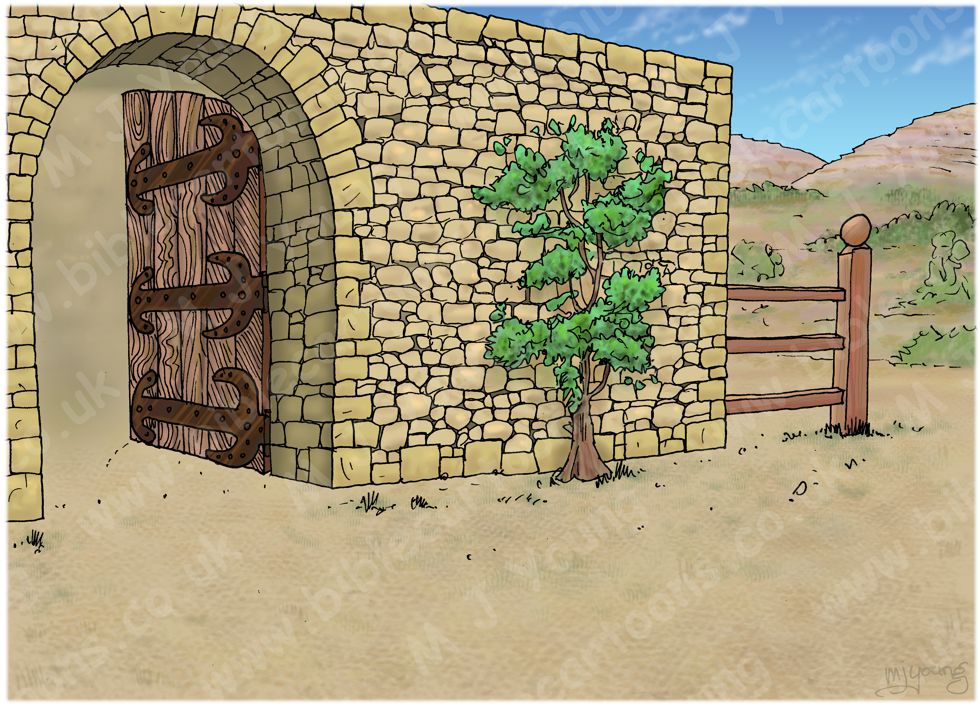