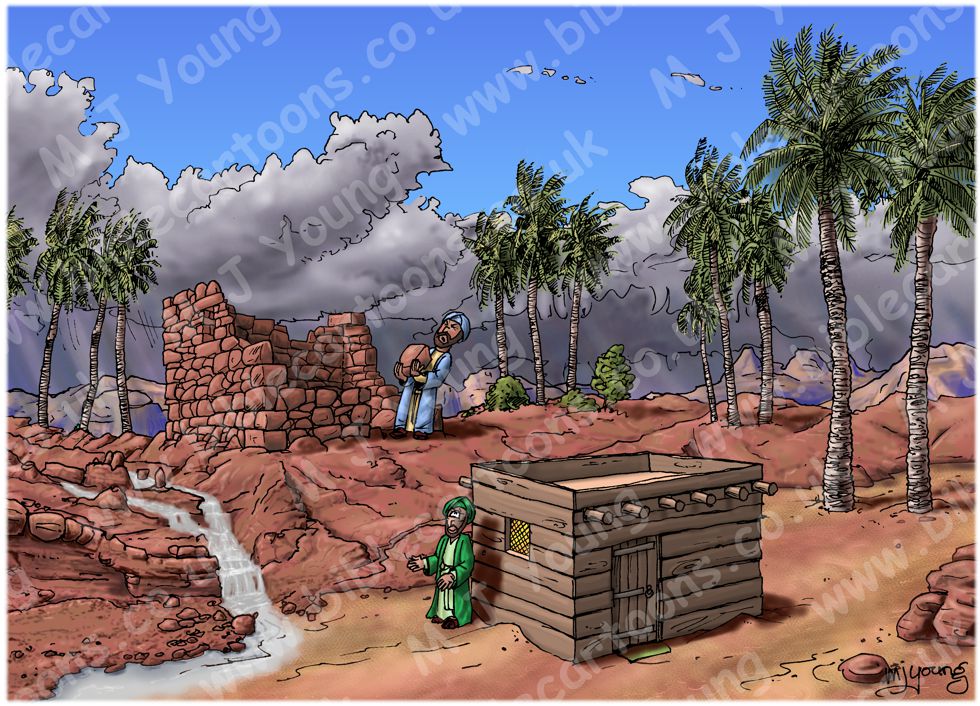 This is the third scene in this series of 6 that tells the parable (story) of the Wise & Foolish Builders.

In this scene we see that the Foolish Builder has finished his new home & is looking a bit smug about it, perhaps gesturing “Come on, I’m finished!” to the Wise Builder, who is still carting stone to his incomplete home. Notice that the storm clouds are gathering though. 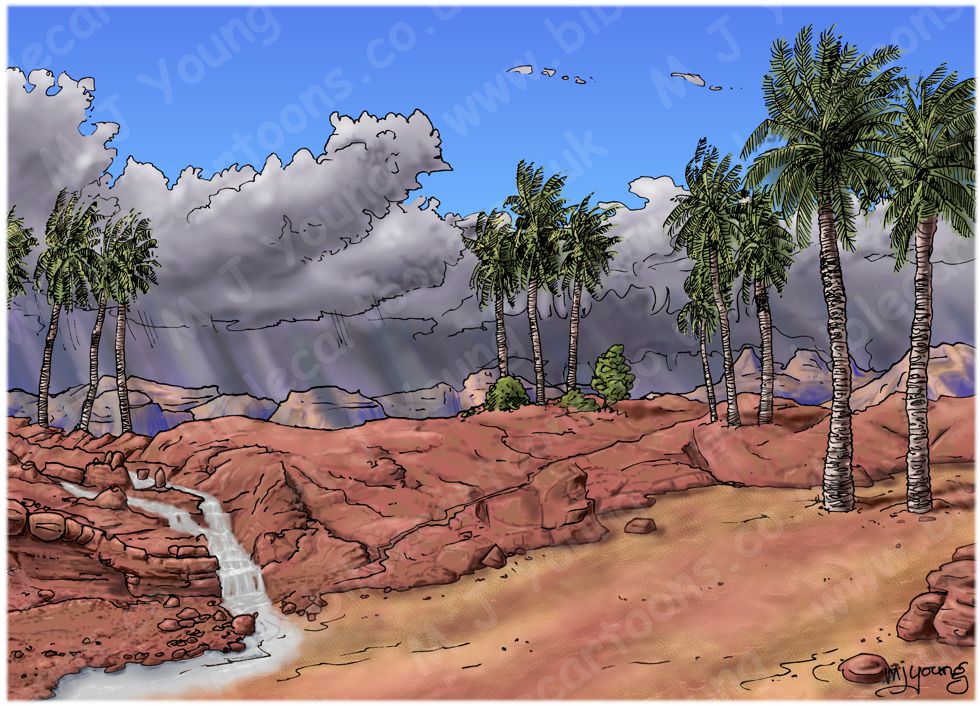