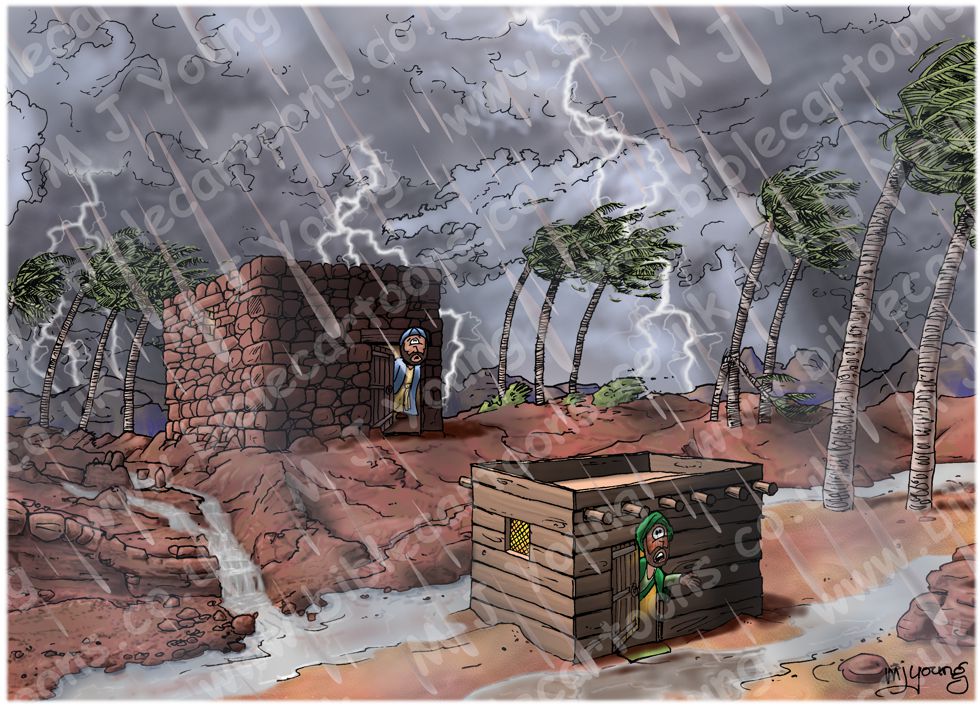 This is the fourth scene in this series of 6 that tells the parable (story) of the Wise & Foolish Builders.

In this scene the Wise Builder has finally finished his stone house… & not a moment too soon, as the storm is upon both builders. Notice that the stream & waterfall are swelling with the water from the rain. A danger signal to the Foolish Builder!

I greatly enjoyed drawing the rain in this scene. I’ve used many layers of colour & outline drawing to create the effect of close-up raindrops in the air, & the thick grey tones of the lashing rain in the background. I always enjoy drawing the lightning as well! 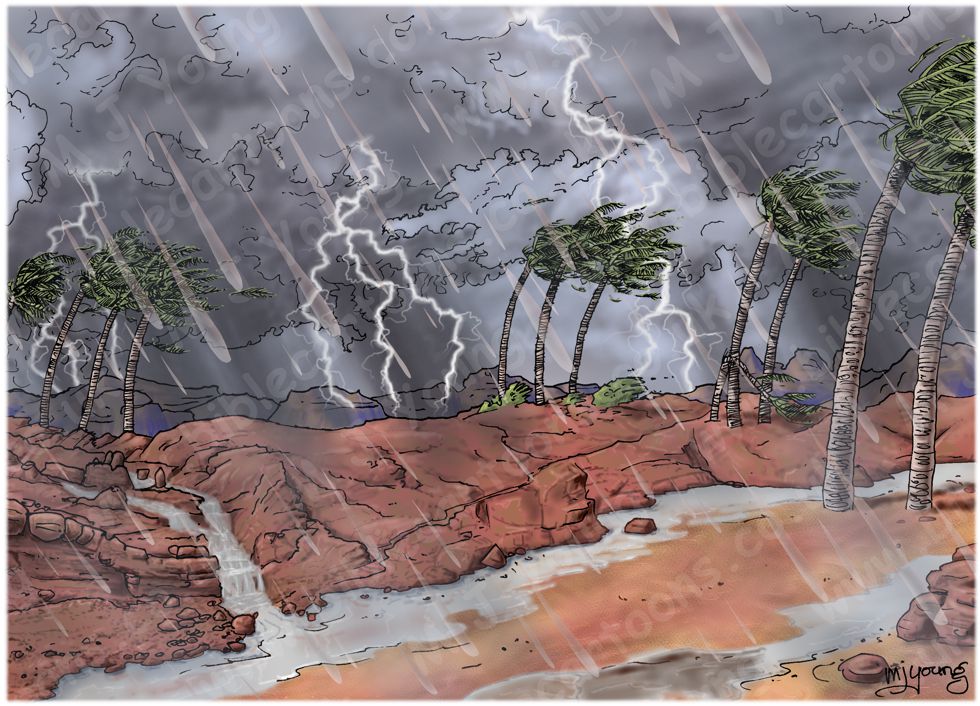