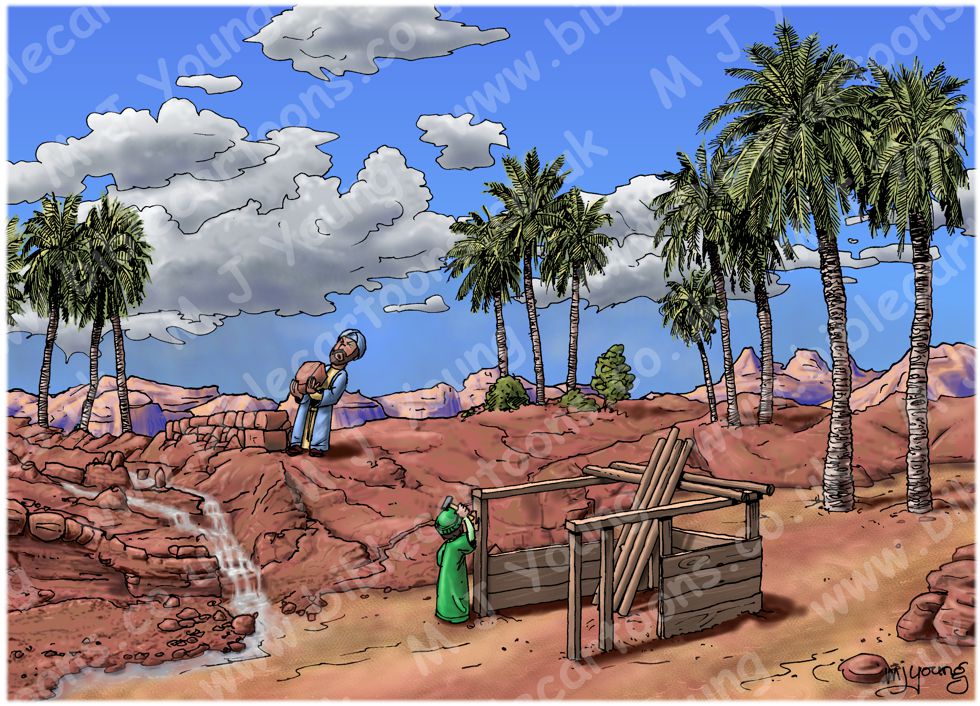 This is the second scene in this series of 6 that tells the parable (story) of the Wise & Foolish Builders.

In this scene we see the Foolish Builder in the foreground having already dug out all the foundation holes for the upright timbers of his house; the timbers in place & he has even got some of the timber walls up too.

The Wise Builder has spent a long time cutting out his stone houses’s foundations & is now beginning to lay rocks for its walls – heavy work, judging by his facial expression! The Wise Builder is a long way behind the Foolish Builder in terms of completing his building. 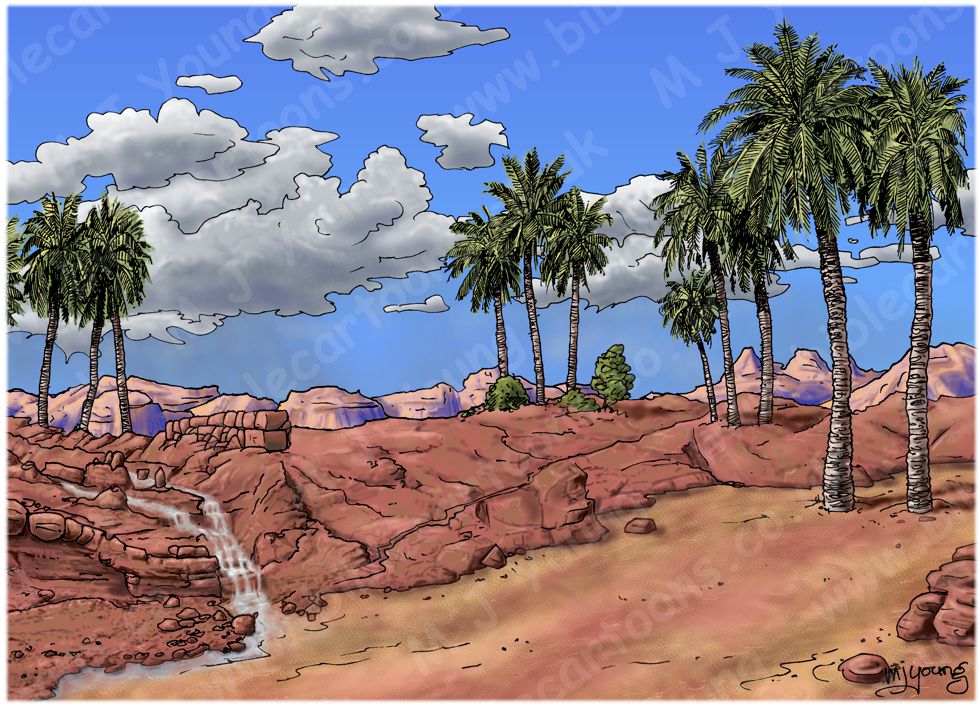