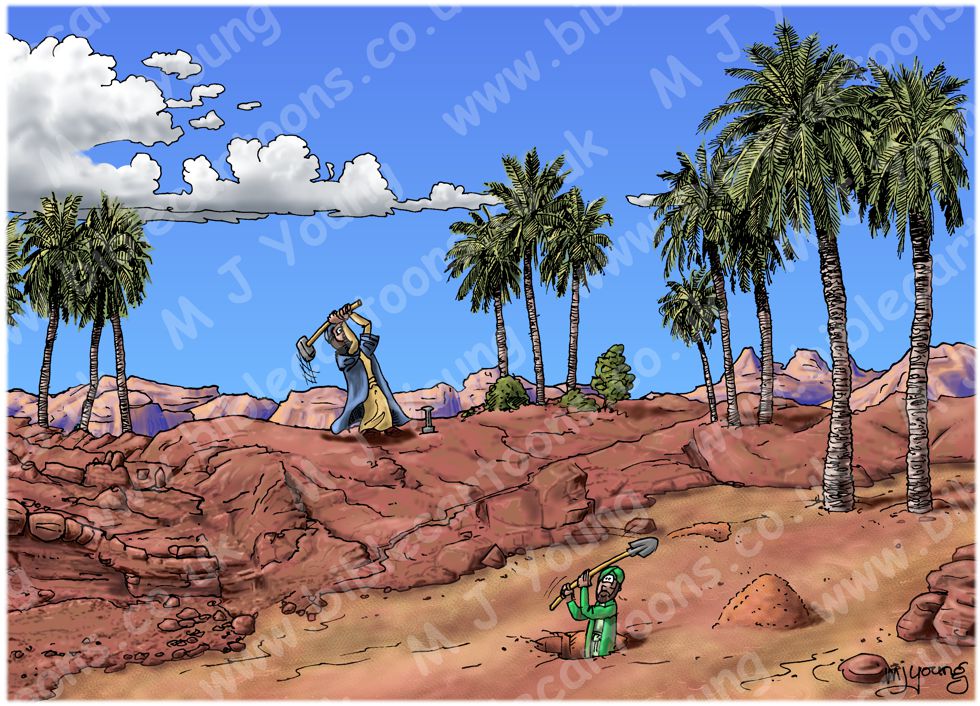 This is the first scene in this series of 6 that tells the parable (story) of the Wise & Foolish Builders.

In this first scene we see the Wise Builder splitting the red sandstone rocks with a hammer & chisel to cut foundations for his stone house. Meanwhile, the Foolish Builder can be seen hard at work digging a hole in the sand for the upright timbers of his house to rest in. I imagine that cutting out foundations from solid rock would take lot longer than digging out sand! 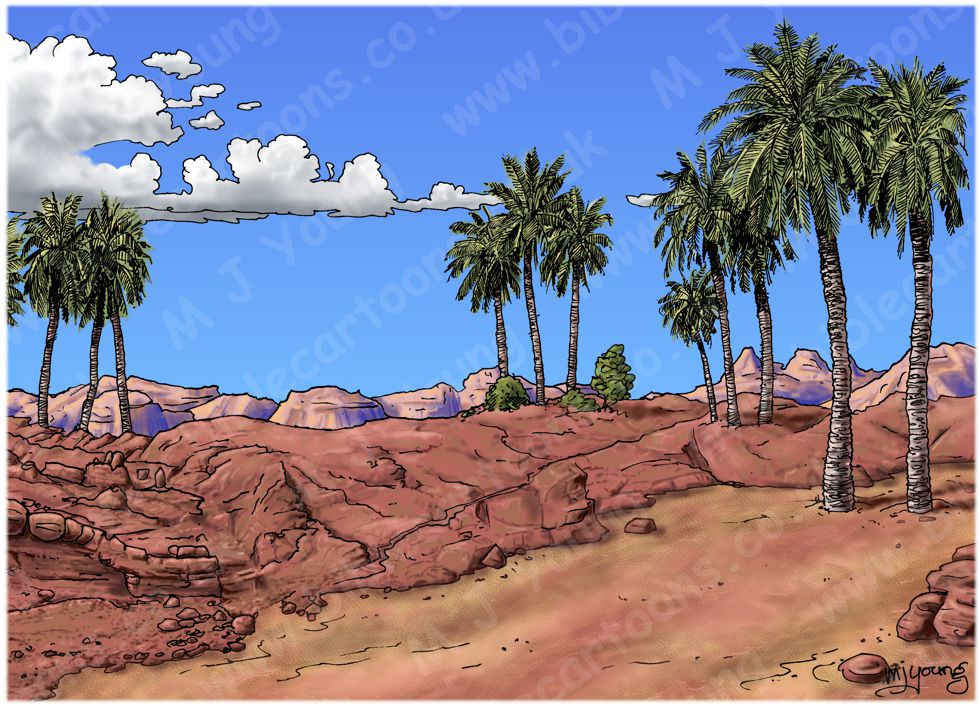