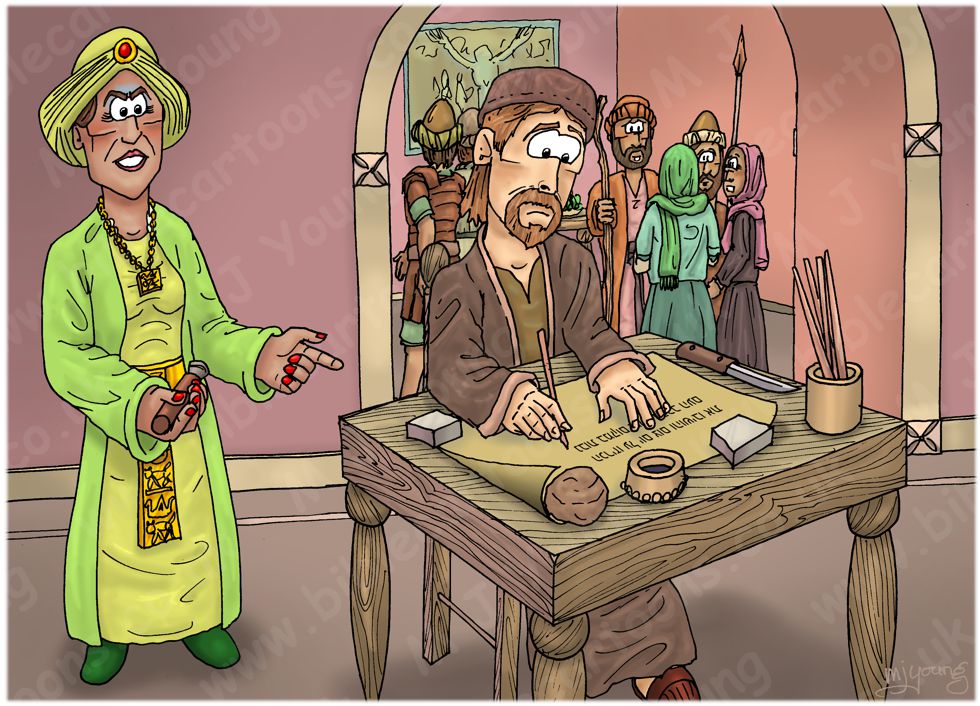 1 Kings 21:8-10 (ANIV)
8 So she [Jezabel] wrote letters in Ahab’s name, placed his seal on them, and sent them to the elders and nobles who lived in Naboth’s city with him. 9 In those letters she wrote: “Proclaim a day of fasting and seat Naboth in a prominent place among the people. 10 But seat two scoundrels opposite him and have them testify that he has cursed both God and the king. Then take him out and stone him to death.”

CHARACTERS PRESENT:
Jezebel (wife of king Ahab of Israel) is on the left.
A scribe is writing Jezebel’s letters to the elders and nobles who lived in Naboth’s city.
Behind Jezebel & the scribe are various people, including soldiers/guards & others, perhaps courtiers in the palace of the king?

RESEARCH/ADDITIONAL NOTES:
The setting for this scene is not specified in the Bible verses above. I presume Jezebel is in a room available to her in Ahab’s palace.

I imagine that Jezebel was not able to read & write. At the time she lived I expect there were not that many literate people around. For this reason I have introduced a scribe, who is sitting at a desk of wood, with the various trappings of someone who can read & write: a scroll, ink, a stylus/reed pen, etc. Jezebel is dictating her letters to the scribe, who writes them down for her. In Jezebel’s hand is a metal tipped wooden seal (king Ahab’s) which she will seal the letters up with. The wax seal on a letter (with the embossed emblem of the writer stamped into the hot wax) provided proof of who sent it, & that the letter hadn’t been opened before delivery to its intended recipient.

I typed the phrase “Proclaim a day of fasting and seat Naboth in a prominent place among the people” into the internet to get a translation into Hebrew text. That is what is written on the scribe’s scroll, on the table.

Notice the tapestry in the background. It looks similar to the one hanging in Ahab’s bedroom (that was my intention), but it is not supposed to be the same tapestry. It is indicative of the idol worship both Ahab & Jezebel indulged in, & which they led Israel into, during their lives.

Here is the scene without the foreground figures. 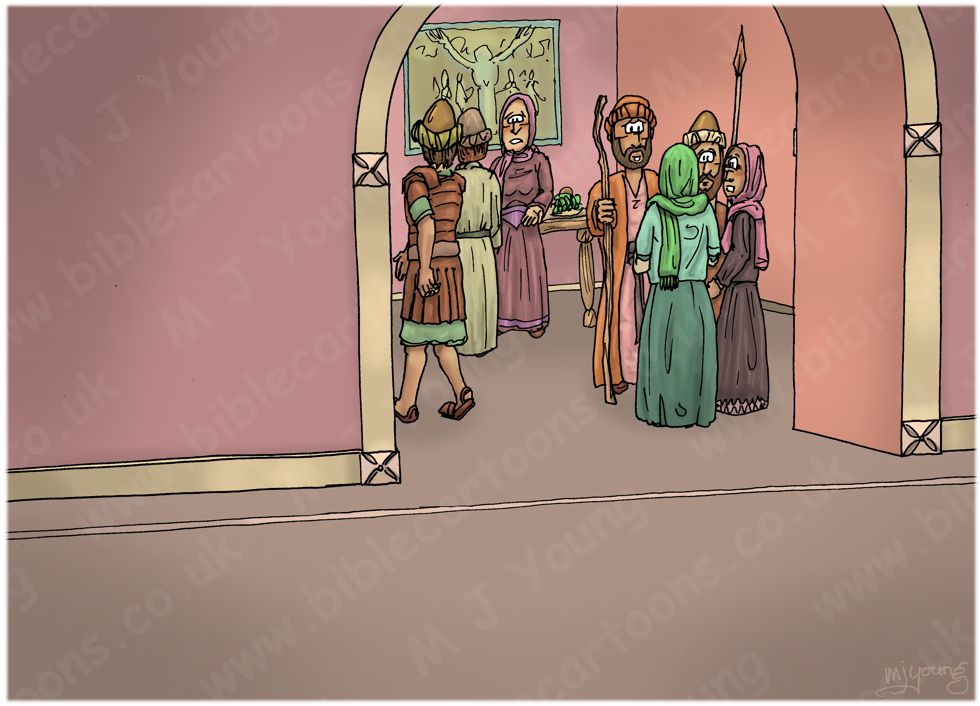