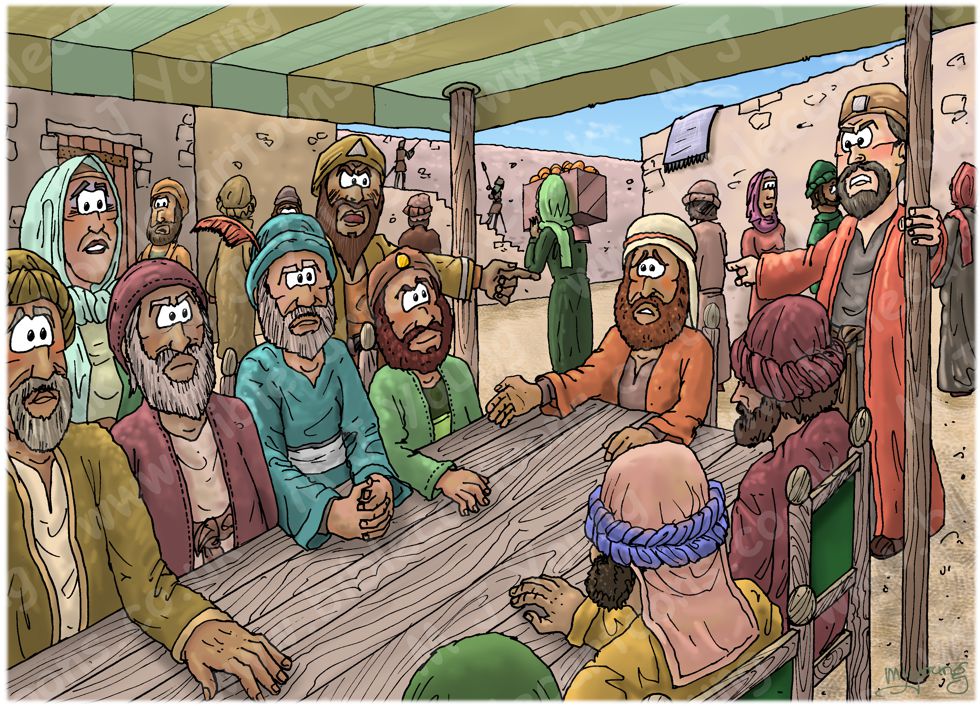 1 Kings 21:11-13 (ANIV)
11 So the elders and nobles who lived in Naboth’s city did as Jezebel directed in the letters she had written to them. 12 They proclaimed a fast and seated Naboth in a prominent place among the people. 13 Then two scoundrels came and sat opposite him and brought charges against Naboth before the people, saying, “Naboth has cursed both God and the king.” [So they took him outside the city and stoned him to death.]

TIME OF DAY:
Unspecified in the Bible. I imagine it might have been mid morning.

LIGHTING NOTES:
The sun is high overhead & to the left. The canopy over the table provides shade.
Strong, direct sunlight can be seen on figures and buildings, with shadows to the right.

CHARACTERS PRESENT:
Naboth is seated at the head of the table (in a prominent place (see verse 12)).
Various elders and nobles are seated near Naboth.
The two scoundrels who are the men standing & pointing at Naboth.
Various people are passing by in the streets of the city.

RESEARCH/ADDITIONAL NOTES:
Naboth has tidied himself up by putting on an outer robe for this “special” occasion, otherwise he has the same clothing I showed him in, in the previous scenes in this set.

You can see two men standing up, pointing their fingers at Naboth, these are the false witnesses who accused Naboth of cursing God and the king (Ahab). On the basis of their lies, Naboth was taken outside the city & stoned (see next picture), in accordance to Jezebel’s written instructions to the elders and nobles of the city.

The law in Deuteronomy 17:6-7 [1] stated that at least two witnesses were required to condemn a person in Israel, hence Jezebel telling the town elders to get two men to testify against Naboth. Cursing God was a crime punishable by stoning (see Leviticus 24:15-16) [2]. Although cursing the king was not punishable by stoning, Jezebel may have added that part to her orders in ignorance, reckoning (incorrectly) that it too would be punishable by death.

Here is the rough pencil sketch I drew to design this scene. 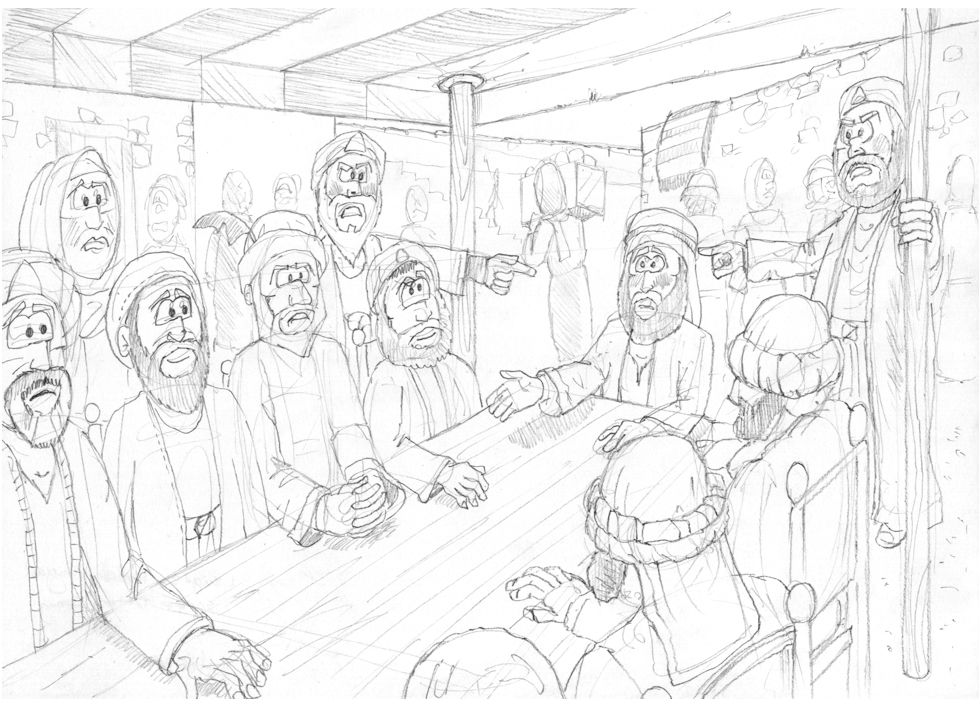