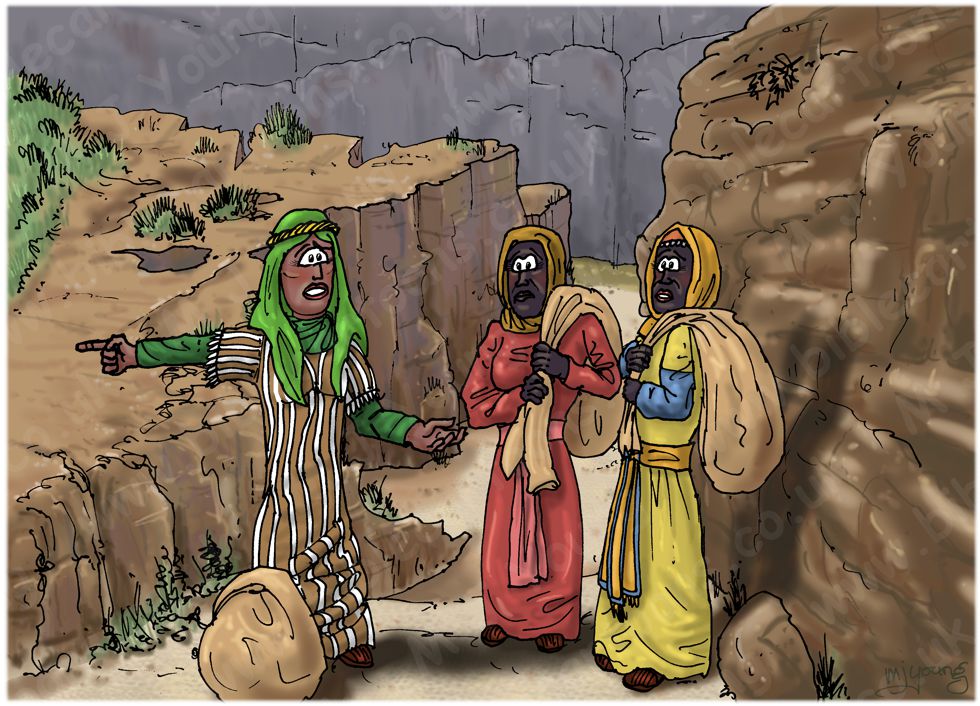 Ruth 1:8-13 (NLT)
8 But on the way, Naomi said to her two daughters-in-law, “Go back to your mothers’ homes. And may the Lord reward you for your kindness to your husbands and to me. 9 May the Lord bless you with the security of another marriage.” Then she kissed them good-bye, and they all broke down and wept.
10 “No,” they said. “We want to go with you to your people.”
11 But Naomi replied, “Why should you go on with me? Can I still give birth to other sons who could grow up to be your husbands? 12 No, my daughters, return to your parents’ homes, for I am too old to marry again. And even if it were possible, and I were to get married tonight and bear sons, then what? 13 Would you wait for them to grow up and refuse to marry someone else? No, of course not, my daughters! Things are far more bitter for me than for you, because the Lord himself has raised his fist against me.”

TIME OF DAY:
Unspecified in the Bible, I have set the scene in the early morning.

LIGHTING NOTES:
The early morning sun is rising (on the left), casting shadows to the right of the figures and rocks.

RESEARCH/ADDITIONAL NOTES:
This scene was drawn in June 2020, but uses the colours in the next scene (Ruth 01 – In Moab – Scene 05 – Ruth determined) which was drawn in May 2015, which shows the three women at the bottom of a steep-sided ravine or gorge. I was keen to show the women in scene 04 just about to enter the gorge. In order to tie the two scenes together (even though 5 years have alapsed between the drawing of them!) I have deliberately drawn scene 04 using the same colours and textures I used in the scene 05. If you look closely you will see that there is a small river at the bottom of the gorge. You can see it more clearly in the scene 05.

The trio are on their way to Naomi’s original home in Israel. She is pointing back towards the Moabite town they have just left, and urging the two younger women to return to their families there. 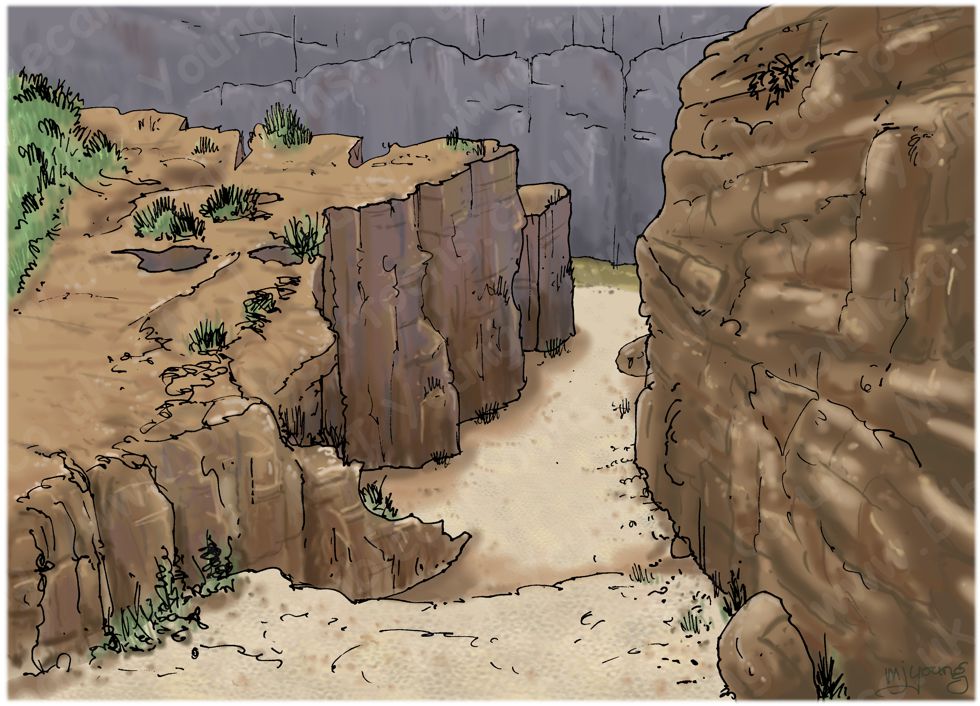