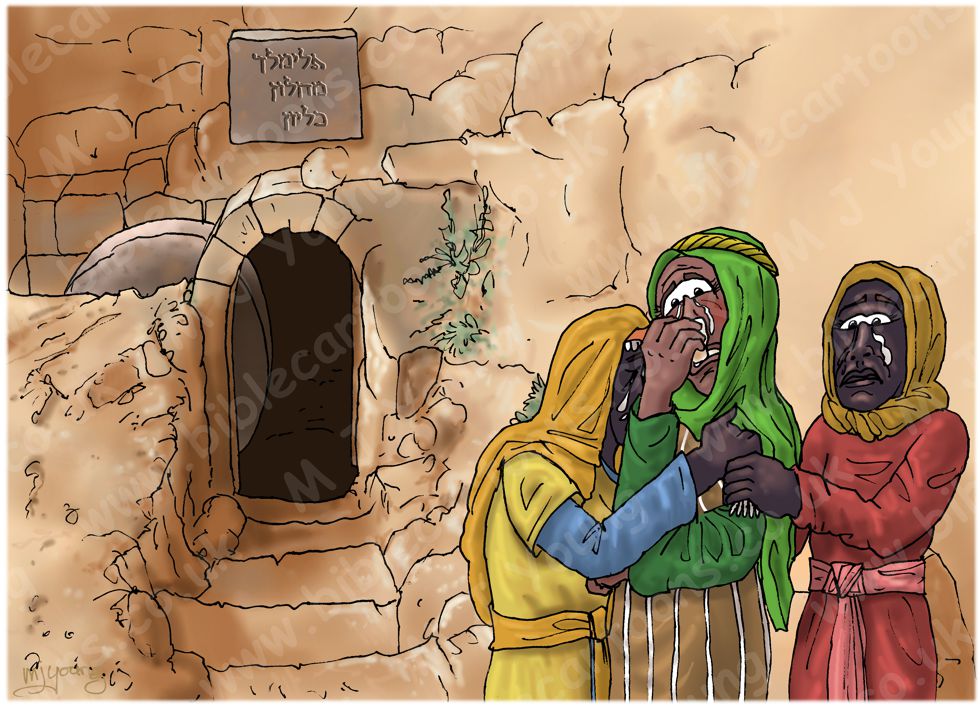 Ruth 1:3-5 (NLT)
3 Then Elimelech died, and Naomi was left with her two sons. 4 The two sons married Moabite women. One married a woman named Orpah, and the other a woman named Ruth. But about ten years later, 5 both Mahlon and Kilion died. This left Naomi alone, without her two sons or her husband.

TIME OF DAY:
I have set this scene in the early morning.

LIGHTING NOTES:
Fairly weak sunlight is illuminating this scene from the left, casting slight shadows to the right of the figures and objects.

CHARACTERS PRESENT:
From left to right: Ruth, Naomi, Orpah.
Ruth and Orpah were the daughters-in-law of Naomi, once they married her sons Mahlon and Kilion.

The carved stone plaque above the tomb reads Elimelech, Mahlon, Kilion in Hebrew.

The tomb has a heavy, circular stone, set in a space beside the entrance. The stone could be rolled back to reveal the tomb entrance, when some one was going to be buried in it.