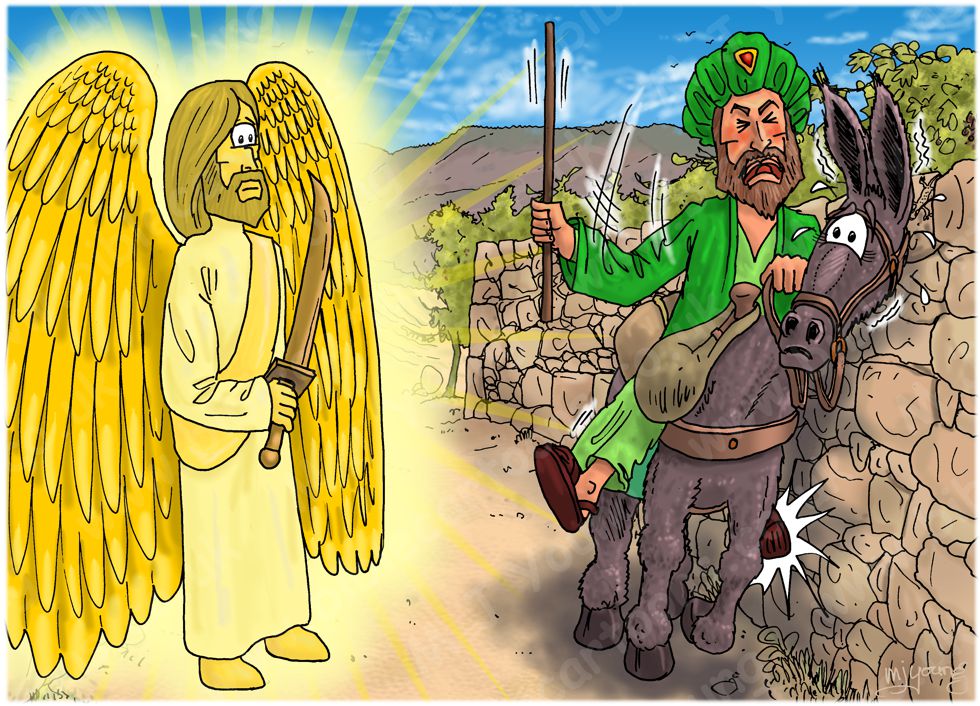 TIME OF DAY:
Verse 21 tells us it is morning. This scene is some time after the previous one.

CHARACTERS PRESENT:
Balaam son of Beor, having his left foot crushed against a stone wall by his donkey, who is trying to keep away from the angel of the Lord, who is standing on a narrow path between two walls.

RESEARCH/ADDITIONAL NOTES:
It is difficult to see the second stone wall, which the angel has his back to. The angelic glow & his wings cover the wall. Below you can see the wall, as the angel, Balaam & his donkey have been removed so you can appreciate the background of this scene.

The donkey looks frightened of the angel, and so squeezes up very close to the right hand stone wall, thereby crushing Balaam’s foot. That’s the cause of her second beating from Balaam, poor thing!

Notice a lizard on the wall, to the right of the Donkey’s head! 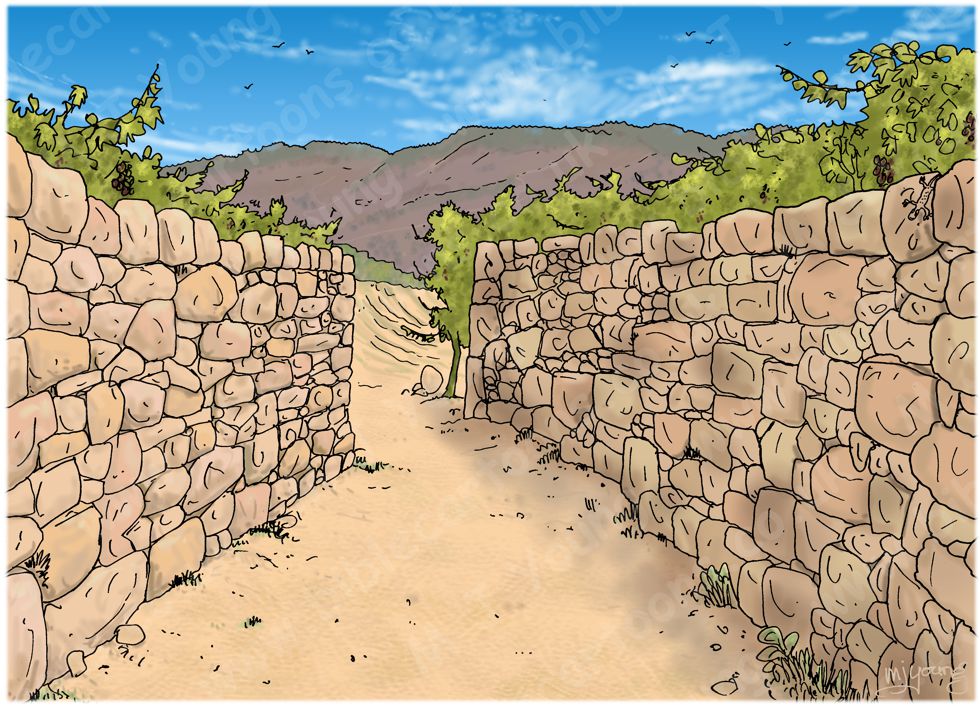 This is the initial rough pencil sketch for this scene. 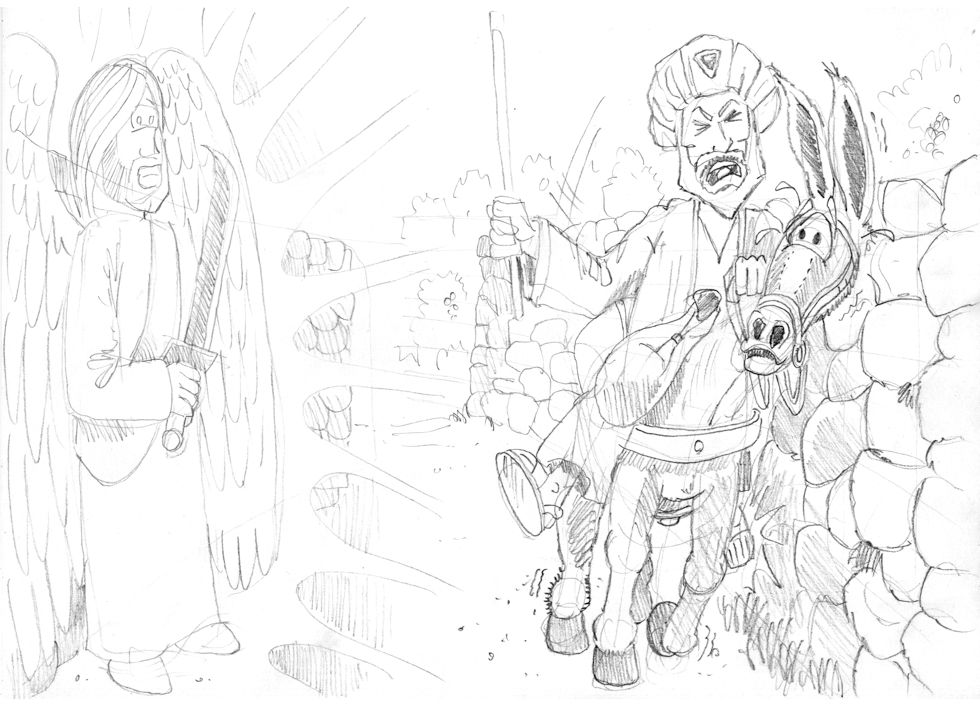