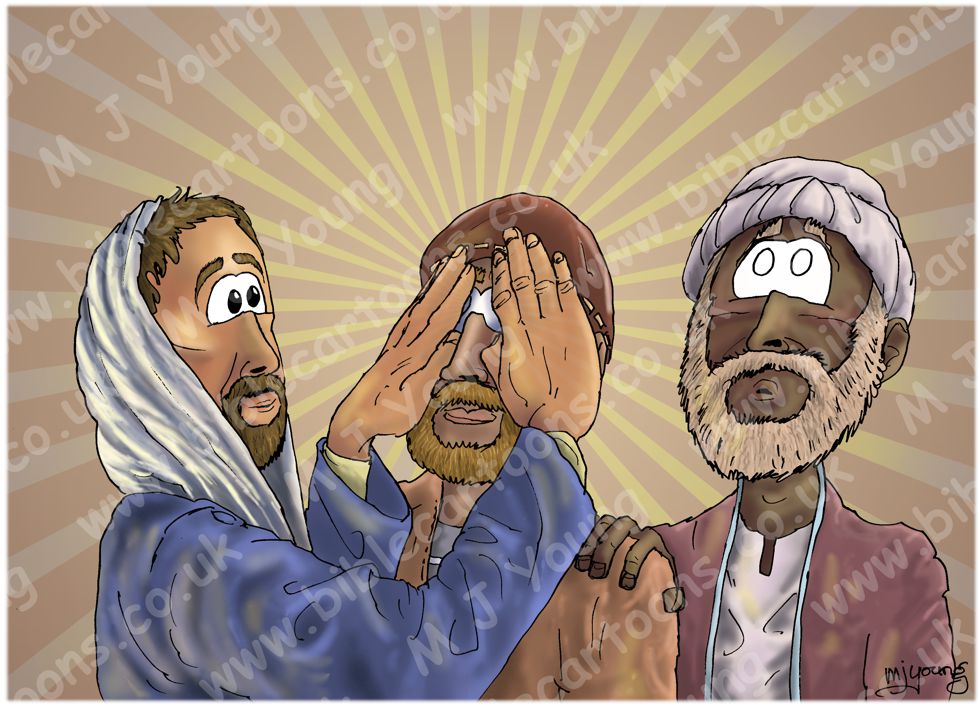 Matthew 9:29-30a (NLT)
29 Then he [Jesus] touched their eyes and said, “Because of your faith, it will happen.”
30 Then their eyes were opened, and they could see! [Jesus sternly warned them, “Don’t tell anyone about this.”]

LIGHTING NOTES:
Some sunlight from outside the doorway (see previous scene) can be seen on the right hand side of the figures. There is a second source of light, from a torch or candle off to the left. You can see it’s yellow light on the left hand side of some of the figures, especially Jesus.

CHARACTERS PRESENT:
From left to right: Jesus (with hands on one of the blind men) & two blind men.

RESEARCH/ADDITIONAL NOTES:
This scene is set just after Jesus has left the synagogue rulers house, having there resurrected his daughter from death (See Matthew 09:18-26). It is also the third in the series depicting Jesus’ healing of 2 blind men. In this scene Jesus is just placing his hands on one of the men’s eyes.

I have added some radiating yellow & orange lines, emanating from Jesus’ hands & the blind man’s eyes which is a visual representation of the miracle about to happen.