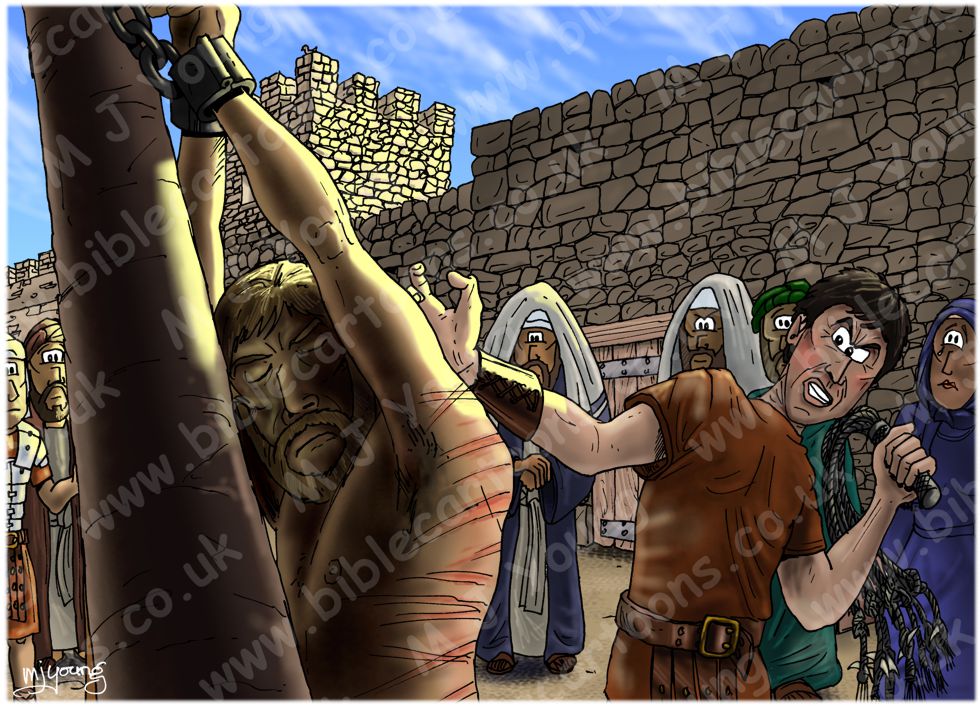 Mark 15:15b (NLT)
15 [So Pilate, anxious to please the crowd, released Barabbas to them.] He ordered Jesus flogged with a lead-tipped whip, then turned him over to the Roman soldiers to crucify him.

CHARACTERS PRESENT:
Jesus (being flogged) & a Roman soldier (with whip.)
In the background, from left to right: a Roman soldier in leather & metal armour, a Hebrew onlooker, 2 Leading priests (with heads covered in pale cloth), a man in green robes & a woman in blue robes, crying.

This was quite a harrowing scene to draw & colour, showing Jesus being flogged by a Roman soldier. Jesus has his eyes shut, enduring the agony of the whip, whilst the soldier looks angry & determined, as he beats Jesus.
I decided to make the Leading priests’ faces show a kind of morbid fascination, since it was they who plotted to have Jesus arrested & persuaded Pontius Pilate to crucify Jesus. The other characters have mixed expressions of sorrow, neutrality or resignation.

From a design perspective, I was pleased with the way the strong yellow lighting that comes from the rising sun (on the right of the scene) highlights & focuses the viewers attention on Jesus & the Roman soldier in the foreground of the scene.

A note about flogging
The flogging Jesus received could have killed him. The usual procedure was to bare the upper half of the victim’s body and tie his hands to a pillar before whipping him with a lead-tipped whip. The whip was made of leather thongs that connected pieces of bone and metal like a chain. The continued lashing with these sharp instruments tore at the victim’s skin, even baring the bones. This torture by flogging always would precede execution; thus, Jesus was flogged before he was sent to the cross. The Romans did it to weaken the prisoner so he would die more quickly on the cross.
(Source: Life Application New Testament Commentary.) 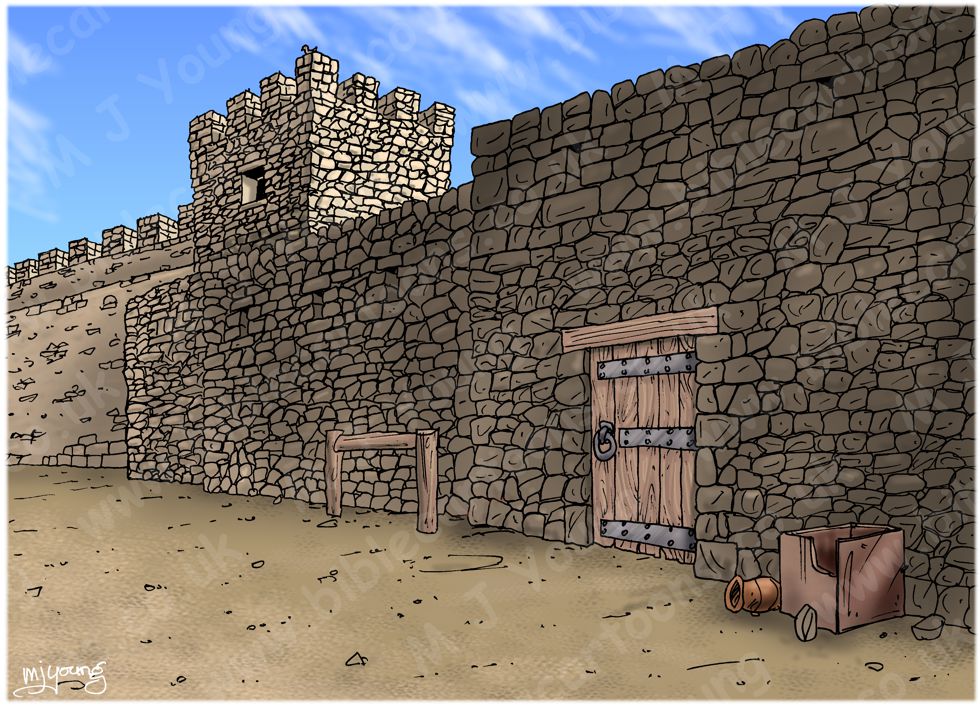