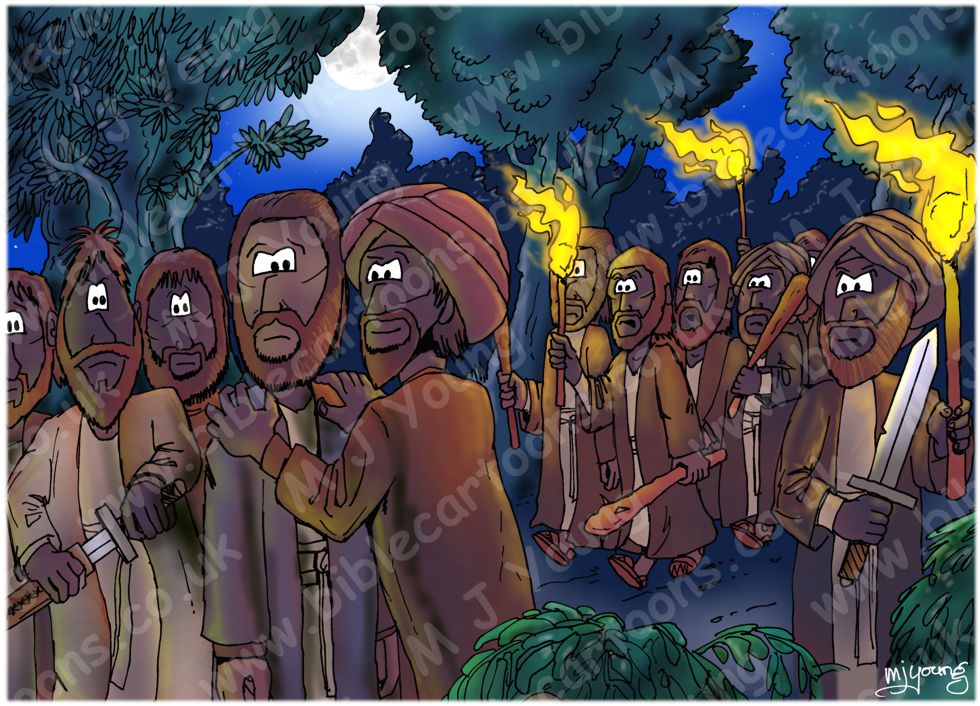 Mark 14:43-45 (NLT)
43 And immediately, as he said this, Judas, one of the twelve disciples, arrived with a mob that was armed with swords and clubs. They had been sent out by the leading priests, the teachers of religious law, and the other leaders. 44 Judas had given them a prearranged signal: “You will know which one to arrest when I go over and give him the kiss of greeting. Then you can take him away under guard.”
45 As soon as they arrived, Judas walked up to Jesus. “Teacher!” he exclaimed, and gave him the kiss.

LIGHTING NOTES:
There are 3 light sources that illuminate this scene: the moon (producing a cool blue glow) the torches (producing a warm yellow glow) & a faint green glow, from the left of the picture, which illuminates the near characters.

I have drawn this scene before, in John’s Gospel. The event took place in The garden of Gethsemane. The name is a Greek form of the Hebrew phrase for “oil press” or “olive press”. Mark locates the garden near or on the Mount of Olives.

The Passover is celebrated at the time of the full moon, which is visible in the night sky in this cartoon. 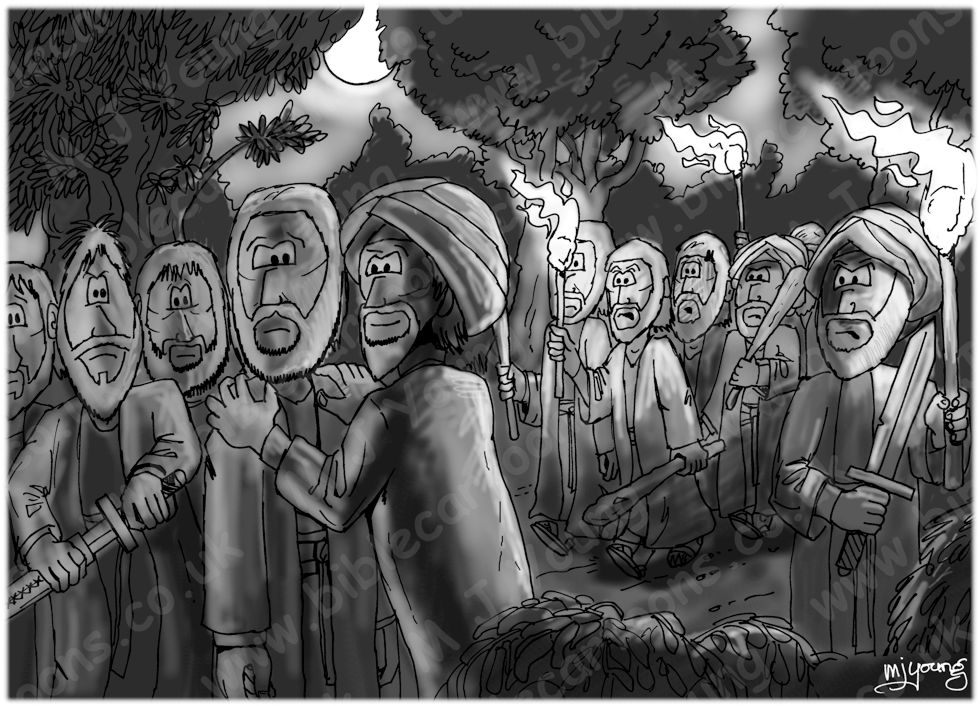