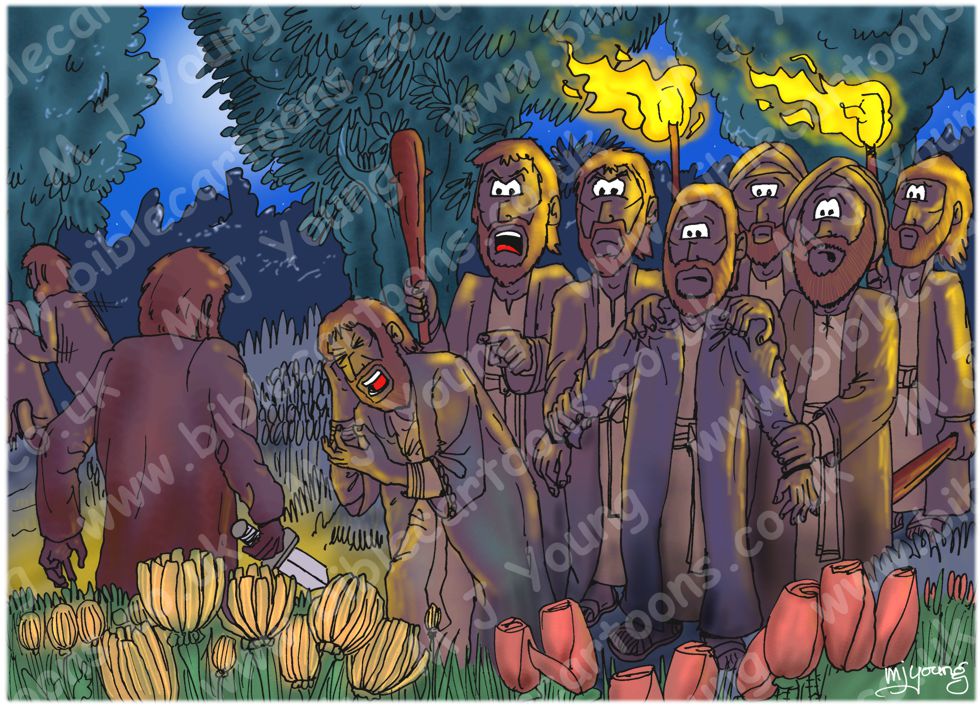 Mark 14:46-49 (NLT)
46 Then the others grabbed Jesus and arrested him. 47 But someone pulled out a sword and slashed off an ear of the high priest’s servant.
48 Jesus asked them, “Am I some dangerous criminal, that you come armed with swords and clubs to arrest me? 49 Why didn’t you arrest me in the Temple? I was there teaching every day. But these things are happening to fulfill what the Scriptures say about me.”

LIGHTING NOTES:
There are 3 light sources that illuminate this scene: the moon (producing a cool blue glow, which is hidden behind a tree) the 2 torches (producing a warm yellow glow) held by the mob & a torch which has been dropped onto the ground which illuminates the figures on the left of the picture.

CHARACTERS PRESENT:
From left to right: 2 disciples running away (in the background). In the foreground we see the “someone” (who is unidentified) who pulled out a sword & slashed off the ear of the chief priest’s servant (who is bent over screaming.) Then there is the crowd or mob on the right of the picture. They have arrested & are holding Jesus in their midst.

This cartoon is set mere seconds after the previous one (Mark 14 – Jesus arrested – Scene 01 – Betrayed by Judas Iscariot) & shows Jesus in the custody of the crowd/mob who came to arrest him. As in the previous cartoon the event took place in The garden of Gethsemane, near or on the Mount of Olives.

The scene is taken a little to the left of the previous one (Mark 14 – Jesus arrested – Scene 01 – Betrayed by Judas Iscariot.)

I read on the internet that the Passover was probably at the beginning of Summer. There could have been wild mustard, poppies, crown daisies, & geraniums growing in the garden – these being popular & common flowers that still grow wild in Israel. I have chosen to show Poppies (in right foreground of cartoon) & crown daisies (in left foreground of cartoon.) I have shown these flowers closed up, as they do that at night. 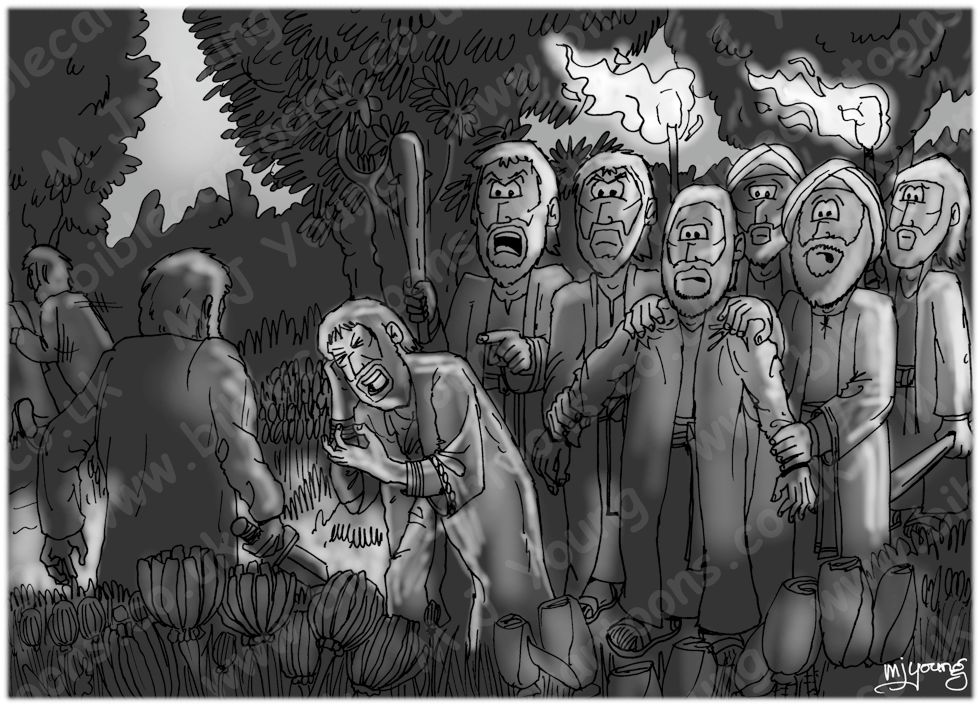