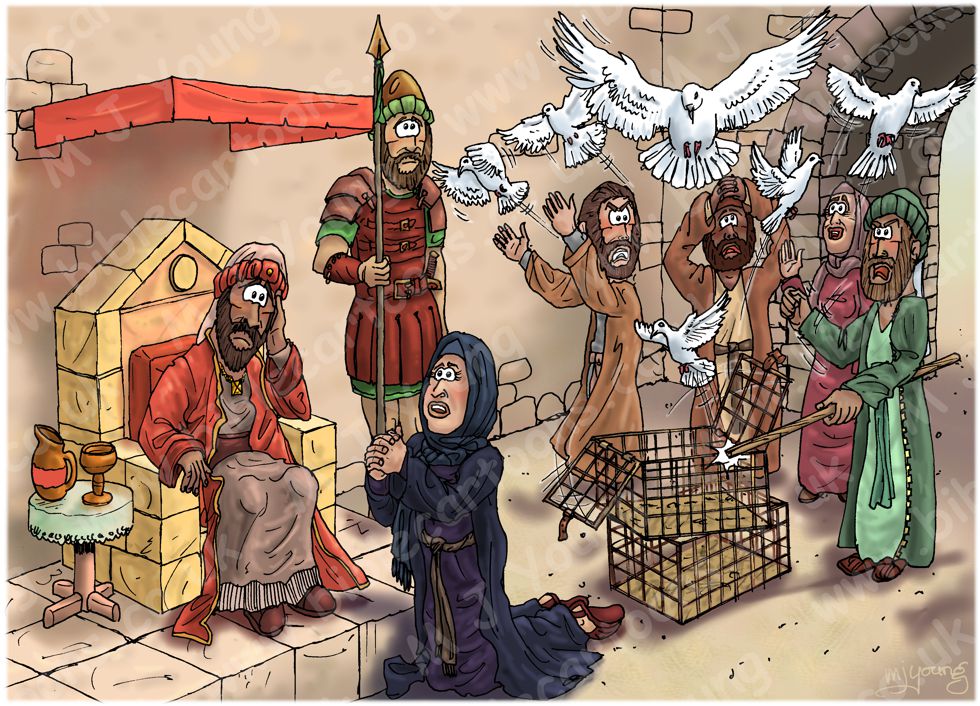 In this particular version of the scene I have drawn an angry man in green robes, hitting a cage of white doves with his stick. Exactly why he is doing that is unclear, he must be arguing with the man in brown & grey robes for some reason. The fowler (the man in brown outer robe & grey inner robe), is very cross because the other man has released all his doves, i.e. his livelihood! Pigeons or doves were used as sacrifices to the Lord in the tabernacle & later in the temple in Jerusalem.

Between the two men mentioned above is another man (in brown outer robes) & a woman (in dark pink robes), both of whom are a bit disturbed by the sudden release of the doves!

Notice that the widow’s hands are in the same position they were in version 02 of this scene. She is still seeking justice from the judge, despite all the various interruptions & distractions occurring behind her!