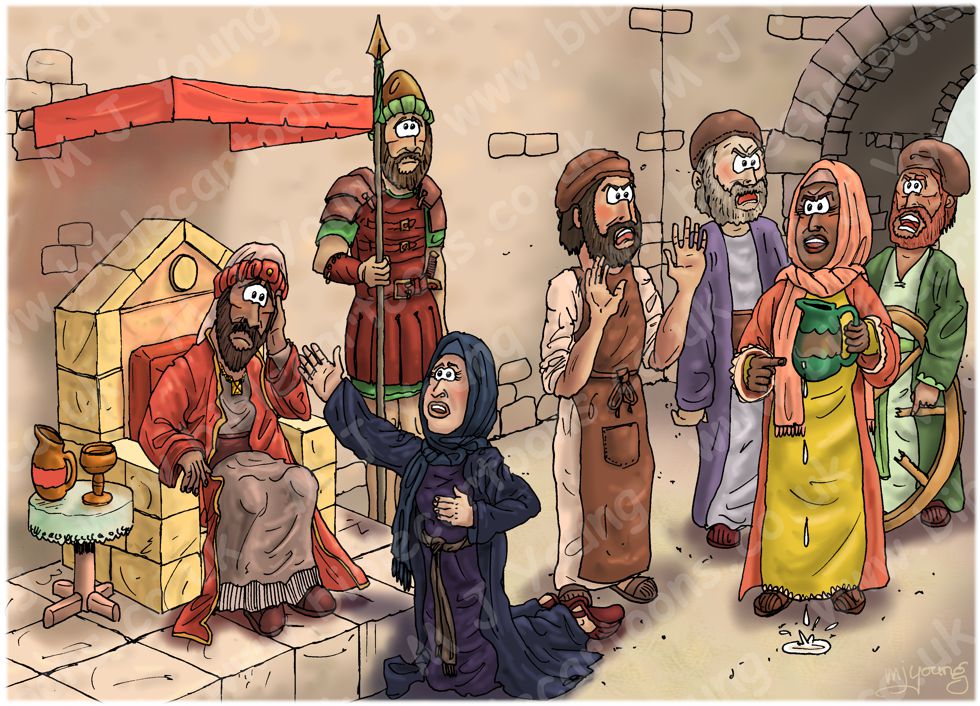 This version has an angry woman in yellow & orange robes, holding a leaking jug. Beside her is a man in a brown leather apron (the potter) with both hands up. Behind them are a man in purple robes & a man in green robes, holding a broken cart wheel.

In this particular version of the scene I have drawn a woman in orange & yellow robes, who is seeking a judgement against the potter (in brown leather apron) who she believes sold her a defective jug. The potter’s hands are before him as he strongly denies any defective workmanship in one of his pots. We can see the holding the jug, which is leaking water on the ground before her.

The man in green robes is holding a broken cart wheel. He believes the wheelwright has sold him a defective wheel for his cart & is seeking judgement against his opponent. The wheelwright (i.e. a person who makes & repairs wheels) is in purples robes, and is present to defend himself from the legal claims of the man in green.

Notice that the widow’s hands are in the same position they were in version 01 of this scene. She is still seeking justice from the judge.