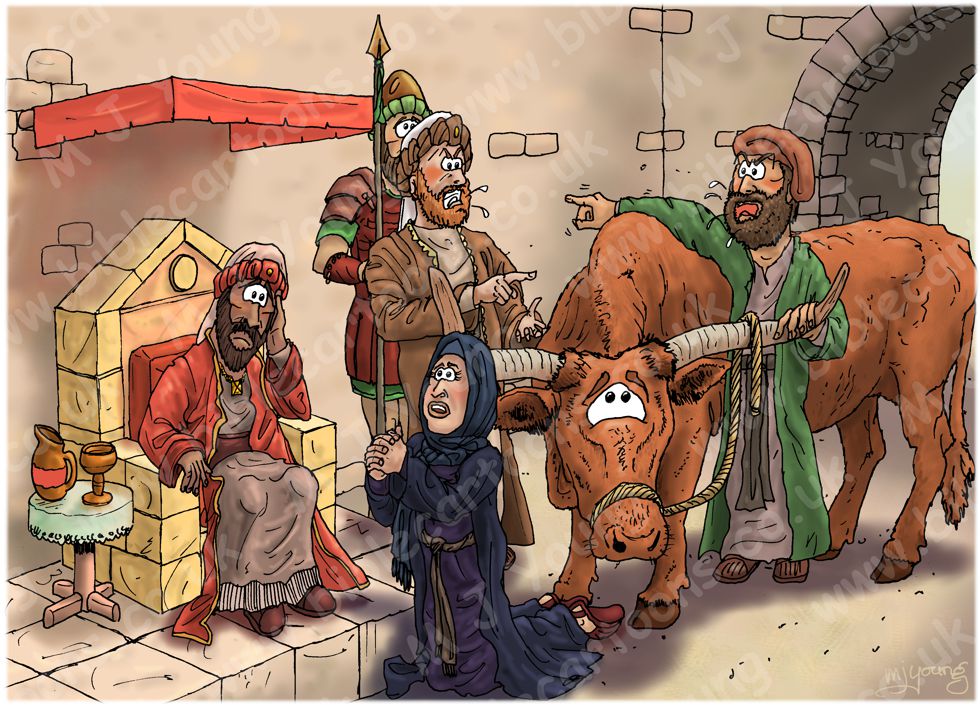 This version has an Ox, being argued over by two men.

In this particular version of the scene I have drawn a large red/brown Ox with two men hotly arguing over its back. Perhaps the man in green outer robes is the Ox’s owner, perhaps the Ox has damaged the other man’s property, hence the argument, which they can’t resolve, which is why they are coming before the judge.

Notice that the widow’s hands are in a different position than in the previous version of this scene.

“The large red/brown ox, (Bos taurus, or B. taurus primigenius) a domesticated form of the large horned mammals that once moved in herds across North America and Europe (whence they have disappeared) and Asia and Africa, where some still exist in the wild state. South America and Australia have no wild oxen. Oxen are members of the Bovidae family.

The castrated male of B. taurus is a docile form especially useful as a draft animal in many less developed parts of the world. Oxen are also used for food in some areas.”
[Source: https://www.britannica.com/animal/ox-mammal-Bos-taurus]