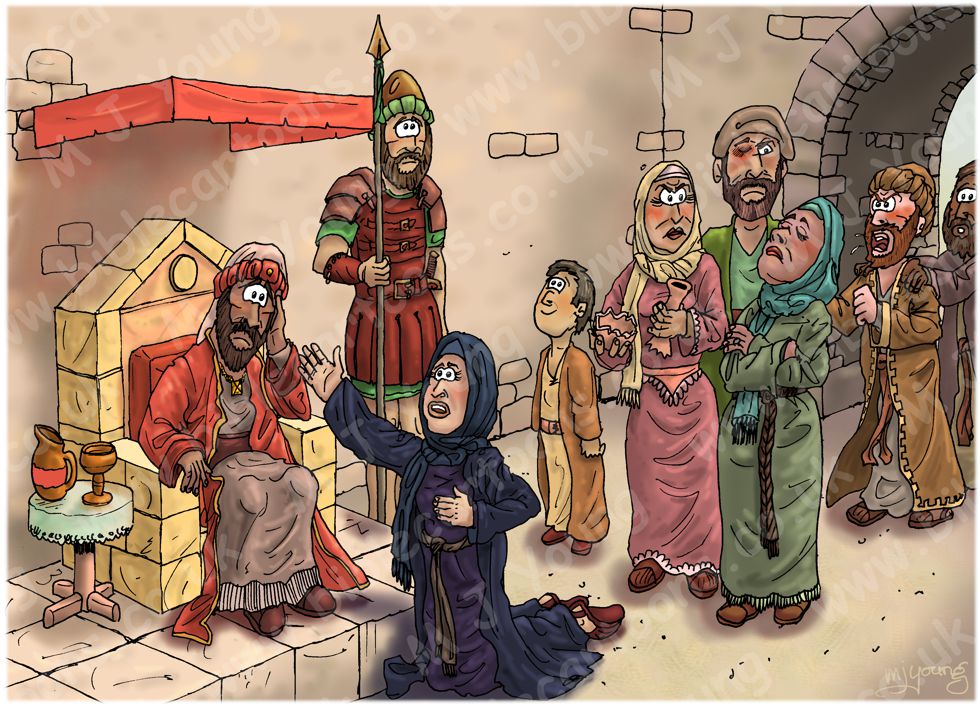 CHARACTERS PRESENT:
Sitting on the stone “throne” is the unjust judge. Kneeling before him in dark robes is the widow of Jesus’s parable. There is a guard to the side of the judge (presumably to keep order if things get out of hand!)
There are various people in a queue behind the widow waiting for their turn to seek the council of the judge.
The boy who is looking up at the guard is the woman in pink’s son. She is holding a broken jar or vase, & is looking angrily at a haughty-looking woman in green, who presumably broke it! Their argument over the jar/vase is what has brought them to the judge.
Behind the two women is a tall man with a black eye, with another man (in brown robes) trying to fight with him. Yet another man in dark robes is trying to hold back the man in brown robes! We don’t know what their quarrel is about, but they are seeking the judge’s help in sorting it out!

RESEARCH/ADDITIONAL NOTES:
This is a fictional scene, since it shows one of Jesus’s parables. Nevertheless, I have tried o make it look as realistic as possible, complete with various irate, angry, quarrelsome complainants in a queue before the judge!

I have shown the judge sitting & looking rather bored, with his head in his hand!

We could read the widow’s request as seeking revenge on her adversary, since some Bible translations use the word “against” in her plea to the judge. But a better translation would read “Do me justice against, or vindicate me from, my adversary”, in other words, she had been wronged in some way, & was seeking justice & appropriate resolution for her case. We don’t know who wronged the widow, or what was done to her, just that she was seeking justice. 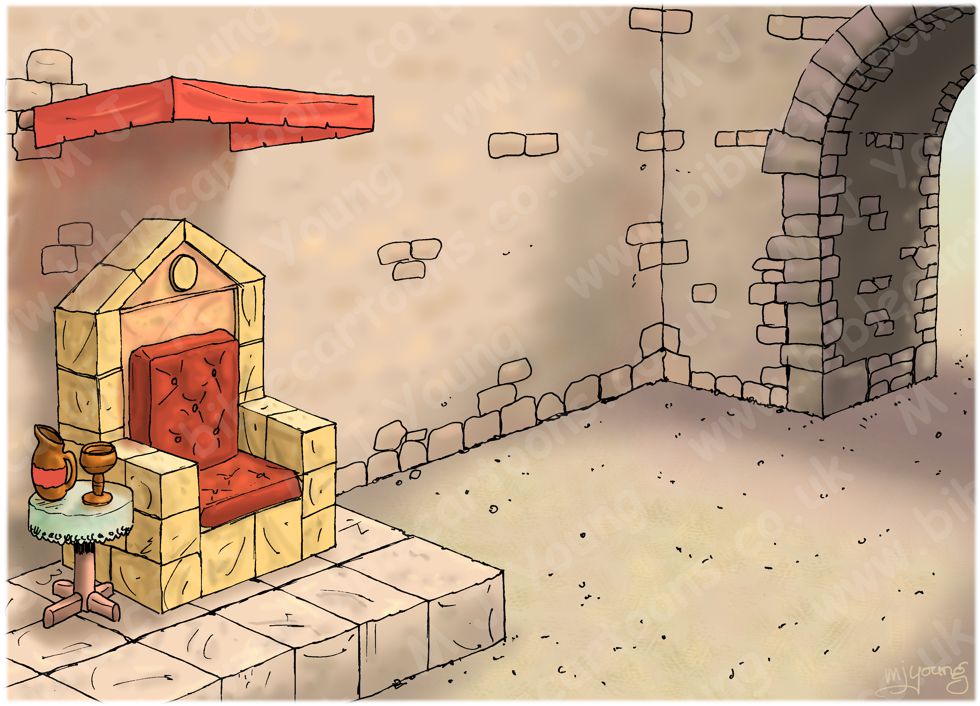 Here’s the rough pencil sketch I drew for this scene. 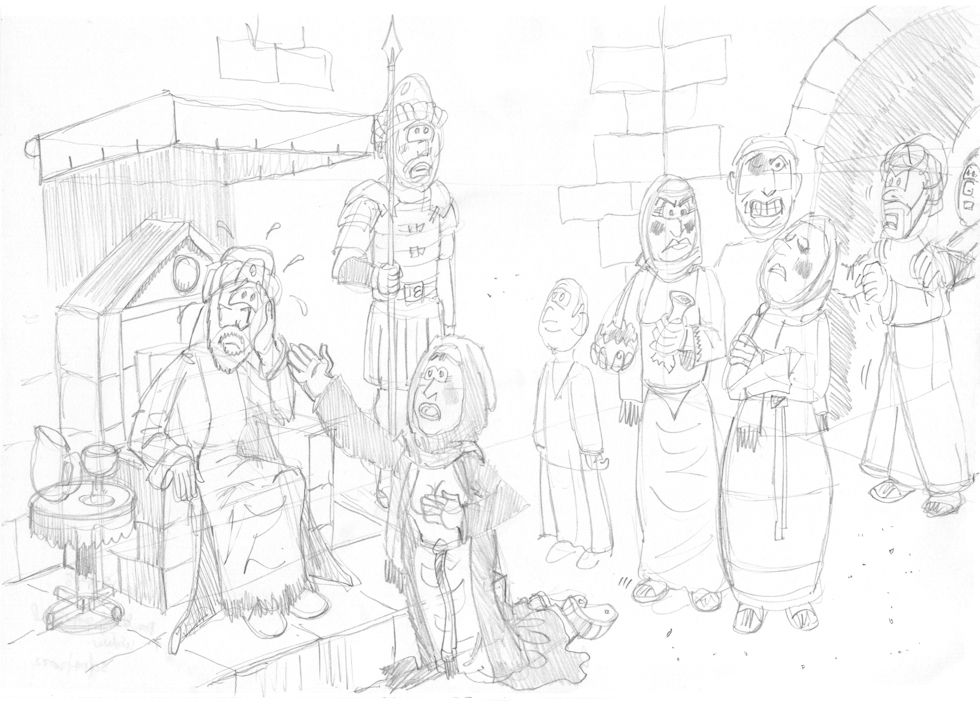