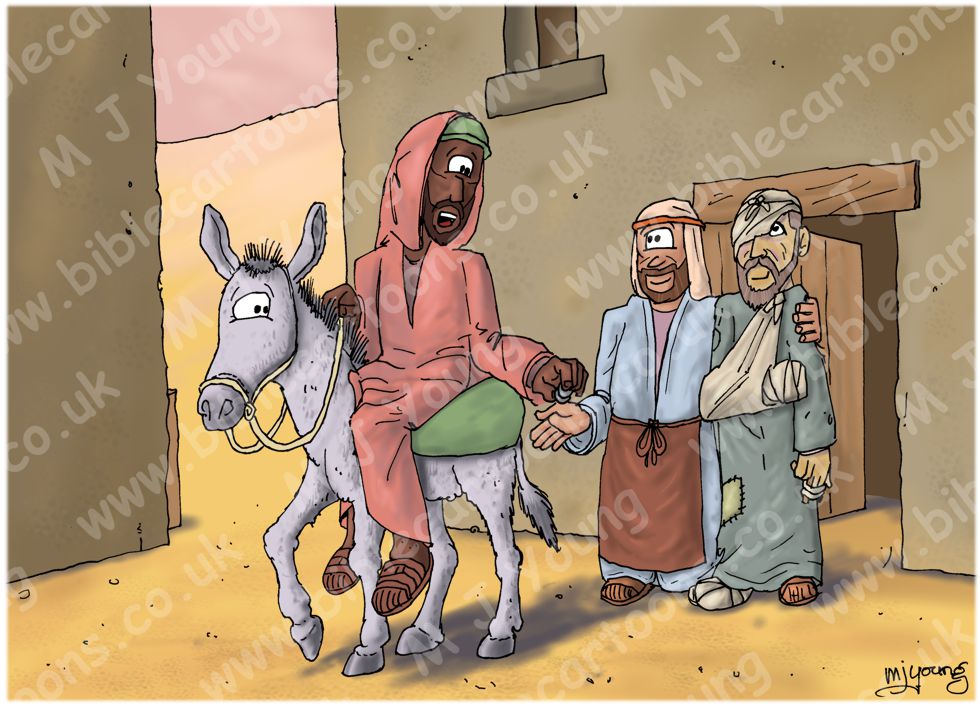 Luke 10:35-37 (NLT)
35 [Jesus continued] “The next day he [The Samaritan] handed the innkeeper two silver coins, [1] telling him, ‘Take care of this man. If his bill runs higher than this, I’ll pay you the next time I’m here.’
36 “Now which of these three would you say was a neighbour to the man who was attacked by bandits?” Jesus asked.
37 The man replied, “The one who showed him mercy.”
Then Jesus said, “Yes, now go and do the same.”

[1]
Greek, two denarii. A denarius was equivalent to a labourers full day’s wage.

TIME OF DAY:
Morning, the next day.

CHARACTERS PRESENT:
Samaritan & his donkey, Hebrew victim, Inn keeper.
In the original version I made the inn keeper female, but I noticed that the Bible text refers to “him”, so I needed to make the inn keeper male instead.

RESEARCH/ADDITIONAL NOTES:
There are two versions of this scene:
01) (Previous page) Luke 10 – Parable of the good Samaritan SET01 – Scene 05 – Parting.
The original drawing, which has rather grey/brown tones.