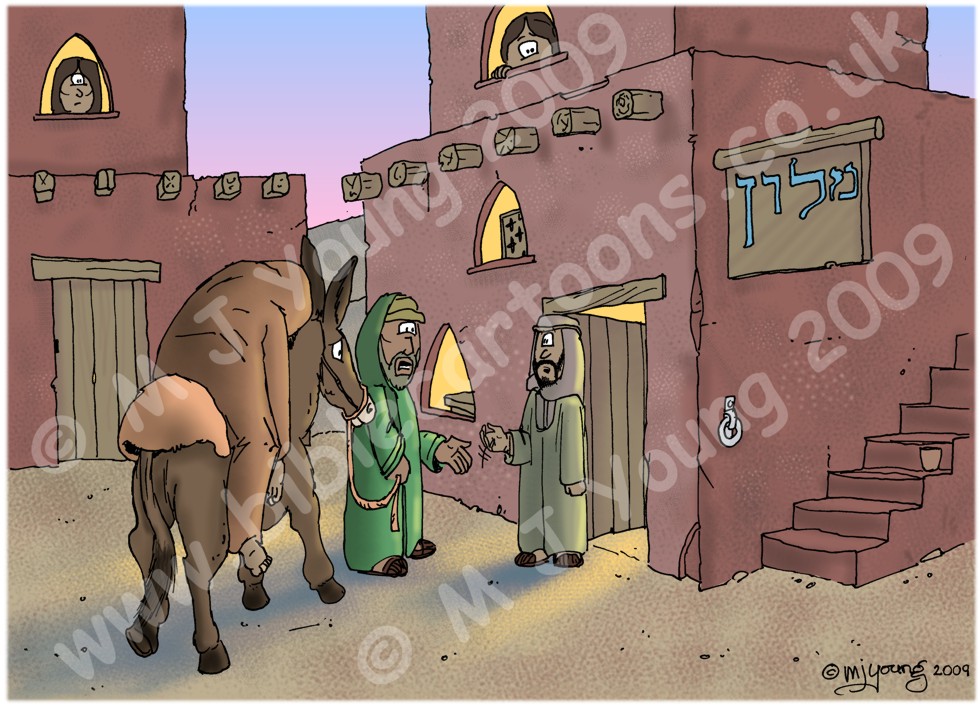 Luke 10:34b (NLT)
[Jesus continued, “Going over to him, the Samaritan soothed his wounds with olive oil and wine and bandaged them.] Then he put the man on his own donkey and took him to an inn, where he took care of him.”

TIME OF DAY:
Not specified in story – late afternoon.

RESEARCH/ADDITIONAL NOTES:
There are two versions of this scene:
01) (This page) Luke 10 – Parable of the good Samaritan SET01 – Scene 04 – Arrival at inn.
The original drawing, which has rather grey/brown tones.

I researched the Hebrew word for “inn” (Malon – lodging place, inn) which I have reproduced on the inn sign, on the side of the building.