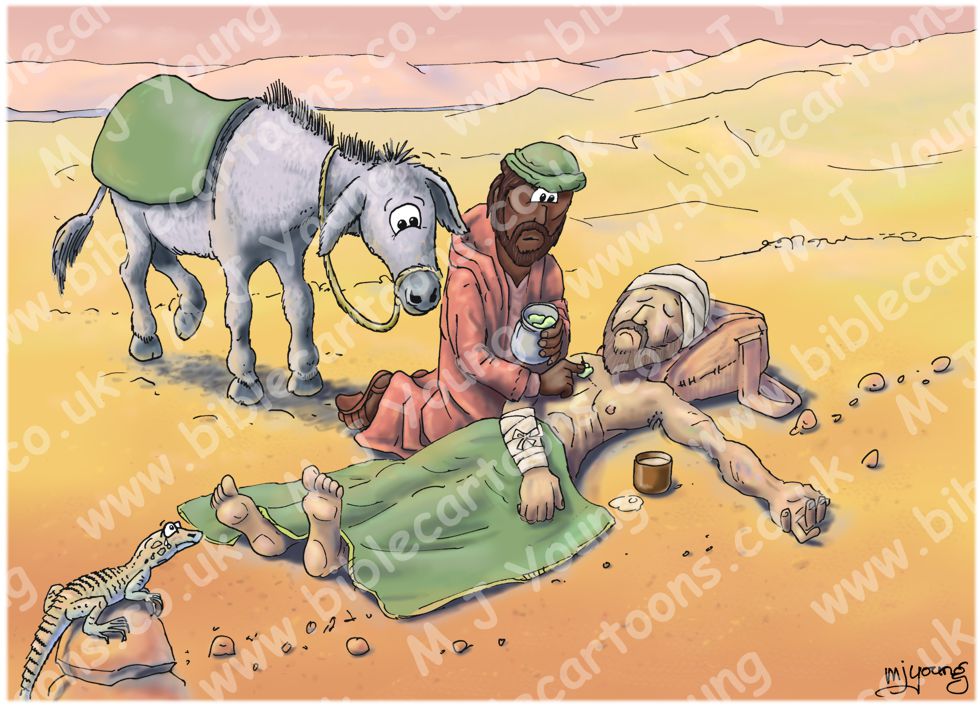 Luke 10:33-34a (NLT)
33 [Jesus continued] “Then a despised Samaritan came along, and when he saw the man, he felt compassion for him. 34 Going over to him, the Samaritan soothed his wounds with olive oil and wine and bandaged them. [Then he put the man on his own donkey and took him to an inn, where he took care of him.”]

TIME OF DAY:
Not specified in story – I made it noon.

LIGHTING NOTES:
Harsh, strong desert lighting. I have used warm colours on the colour wheel (yellow & oranges) as the dominant hues used in this scene. I have used the same green on the donkey’s blanket, the Samaritan’s hat & the blanket covering the victim on the road, which is a visual clue that they all belong to the Samaritan man. I have used cool blues & violets in the shadow areas to contrast with the warm colours of the harsh desert sunlight. Short shadows indicate that the sun is overhead.

CHARACTERS PRESENT:
The Hebrew victim, the Samaritan & his donkey.

RESEARCH/ADDITIONAL NOTES:
There are two versions of this scene:
01) (Previous page) Luke 10 – Parable of the good Samaritan SET01 – Scene 03 – Good Samaritan.
The original drawing, which has rather grey/brown tones.

This particular scene (finished in Nov 2015) is 1 of 4 pictures for a local school. I was commissioned to produce 4 canvases that illustrate the school values: Excellence, Respect, Inclusion & Aspiration. This scene depicts Respect, based on the story of th Good Samaritan in Luke chapter 10. Apparently the canvases have been well received & are helping to enhance the Christian ethos of the school. 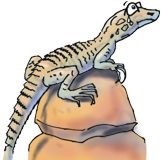