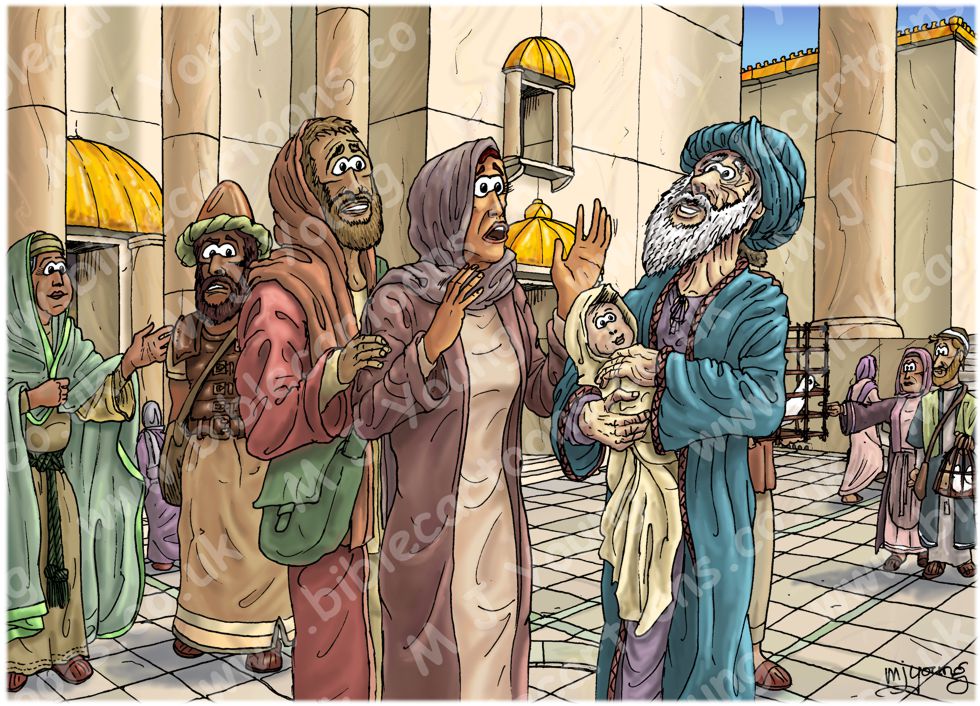 Luke 2:25-35 (NLT)
The prophecy of Simeon
25 At that time there was a man in Jerusalem named Simeon. He was righteous and devout and was eagerly waiting for the Messiah to come and rescue Israel. The Holy Spirit was upon him 26 and had revealed to him that he would not die until he had seen the Lord’s Messiah. 27 That day the Spirit led him to the Temple. So when Mary and Joseph came to present the baby Jesus to the Lord as the law required, 28 Simeon was there. He took the child in his arms and praised God, saying,

29 “Sovereign Lord, now let your servant die in peace,
as you have promised.
30 I have seen your salvation,
31 which you have prepared for all people.
32 He is a light to reveal God to the nations,
and he is the glory of your people Israel!”

33 Jesus’ parents were amazed at what was being said about him. 34 Then Simeon blessed them, and he said to Mary, the baby’s mother, “This child is destined to cause many in Israel to fall, but he will be a joy to many others. He has been sent as a sign from God, but many will oppose him. 35 As a result, the deepest thoughts of many hearts will be revealed. And a sword will pierce your very soul.”

CHARACTERS PRESENT:
Simeon is holding the baby Jesus. Mary, his mother, is looking amazed, to the left of Simeon, with Joseph (her husband) to her left.
Various people in the background.

RESEARCH/ADDITIONAL NOTES:
This scene takes place a few minutes after the previous one; time enough for Mary and Joseph to carry Jesus and the two pigeons they purchased out of the court of the Gentiles, and into the court of the Women.

I haven’t drawn the court of the Women before, so this is quite an important drawing for me. I have paid close attention to the 2 point perspective, door and column design, and floor tiles. The courtyard was made of marble, of “Jerusalem stone” as it is frequently called. I enjoyed drawing and colouring up the marble columns, walls, and floor tiles, in a variety of subtle shades of white, off-white, green, orange, and violet-grey.

The curved steps to the right of the scene lead up to the court of Israel and the priests’ court, with the central temple building itself unseen, off to the right. 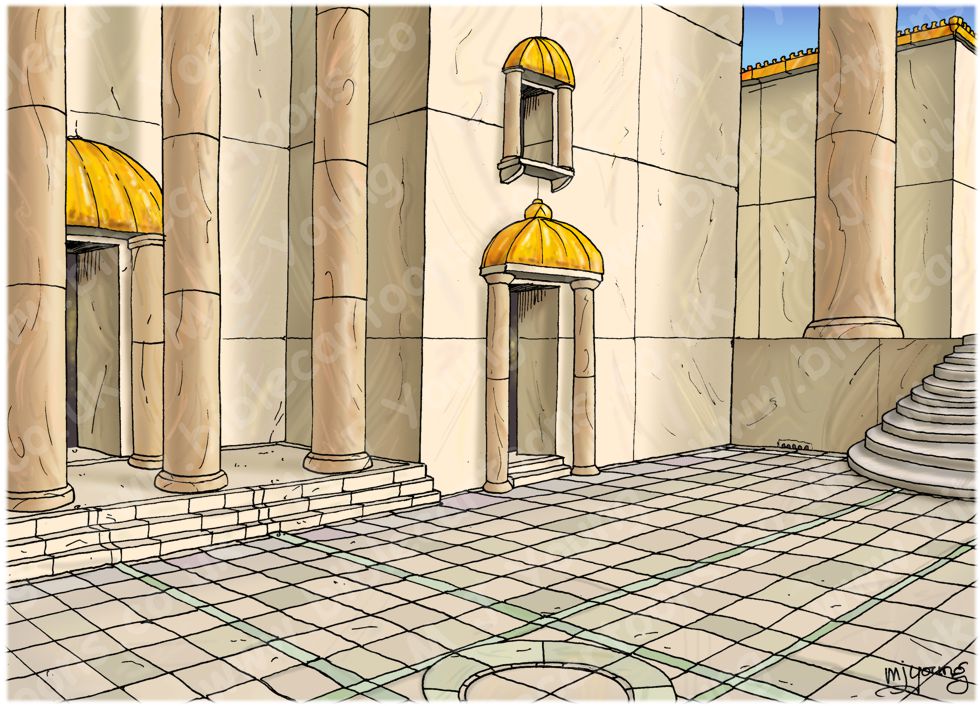 The court of the Women, in the Temple of Jerusalem

See notes in Scene 01 – To Jerusalem, for notes about the nature of the sacrifice.