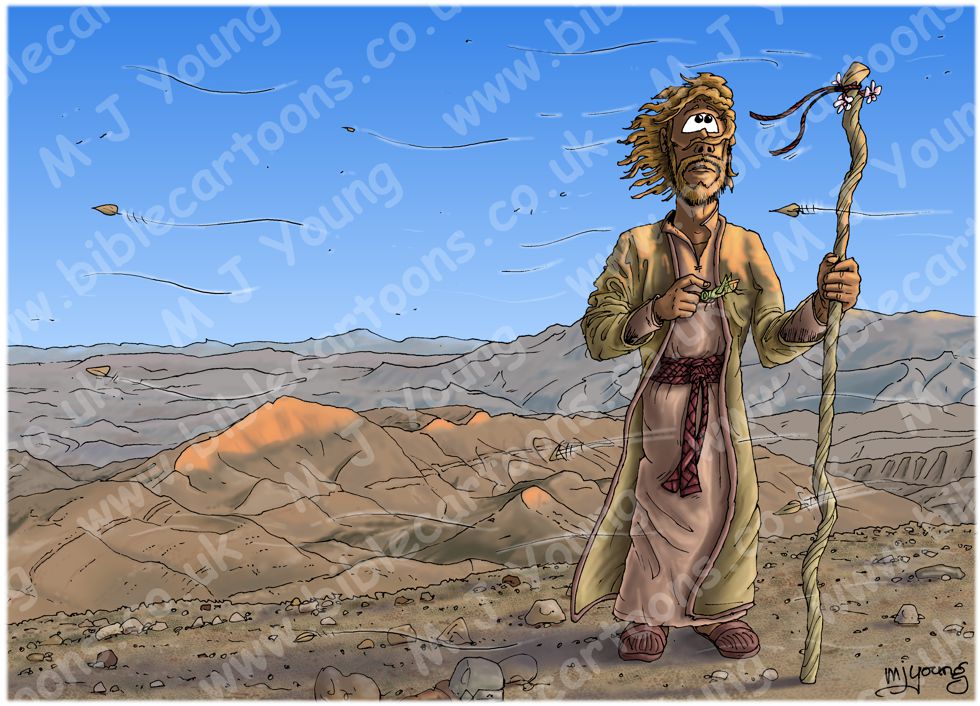 Luke 1:80 (NLT)
John grew up and became strong in spirit. And he lived in the wilderness until he began his public ministry to Israel.

TIME OF DAY:
I have set this scene at sunrise.

LIGHTING NOTES:
The sun is just rising in the east (right in this scene) & tinging the mountains & John with orange/yellow sunlight.

RESEARCH/ADDITIONAL NOTES:
This is the last in the series of “The Birth’s foretold” – referring to the births of John the Baptist & Jesus the Christ.

I am very pleased with the colouring of the Judean desert/wilderness in this picture & the orange sunlight, just topping the higher hills/mountains & John’s face & upper body has come out just right. I have completed this scene on 30/Dec/2013 – just in time for the end of the year, which also pleases me.

I wanted to show John the Baptist as a rugged, outdoorsman. I have used the similar skin hue & tone as his father, Zechariah, but just a little darker, my reason being that John spent more of his time out in the Judean sun.
Notice that John’s beard is quite short & sparse, this is to show that John is a young man in this scene. I often draw maturer men (Zechariah, for instance) with thicker, fuller beards. I imagine John had long hair, since he lived out in the desert; notice his long hair is being blown about by the wind in the Judean wilderness. He has rough, women camel hair clothing, & notice the woven leather belt he has, which is also mentioned in Matthew’s description of him:

Matthew 3:4 (NIV)
“John’s clothes were made of camel’s hair, and he had a leather belt around his waist. His food was locusts and wild honey. “

I have drawn John holding one of the locusts he is known to have eaten.

Notice also the sprig of white/pink almond blossom tied to his wooden staff. As I noted in Luke 01 – The Nativity – Births foretold – Scene 02 – Zechariah & Elizabeth, the colour white is a symbol associated with John the Baptist, so the almond blossom makes that association. 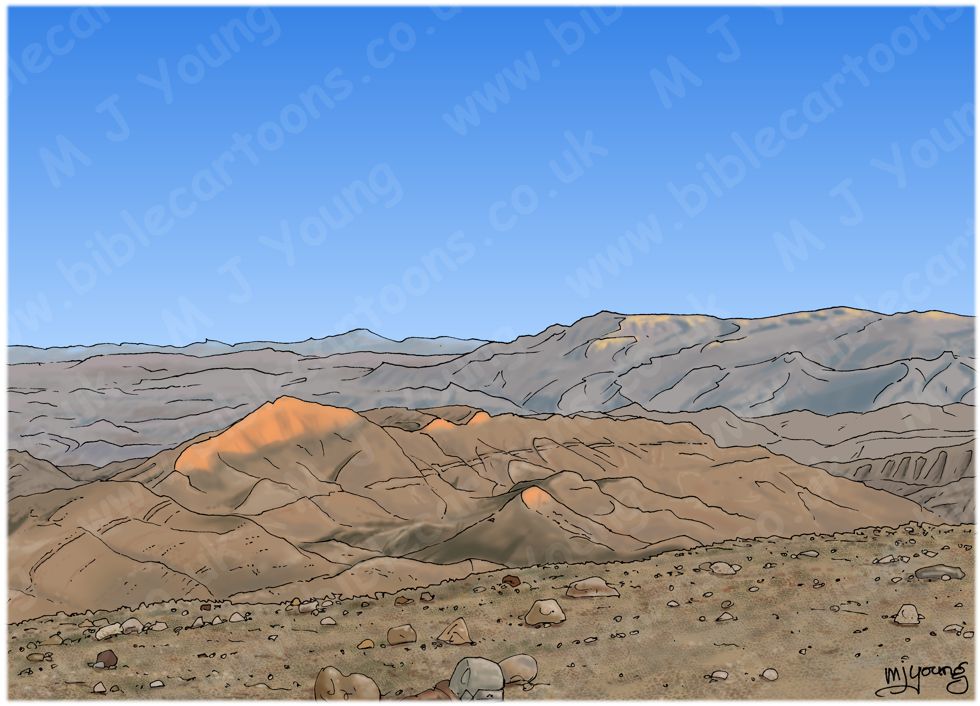