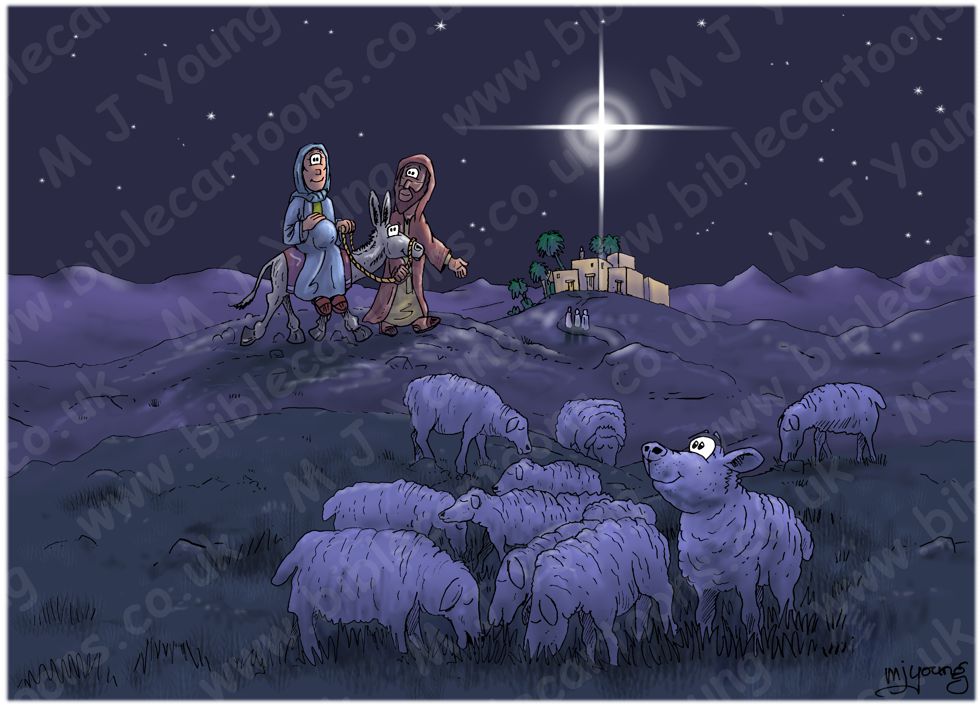 TIME OF DAY:
I have set this scene in late evening.

LIGHTING NOTES:
The sun has set & the travellers are guided by starlight, which makes the scene cool & full of blue hues.

CHARACTERS PRESENT:
Joseph, leading a donkey, carrying Mary (with Jesus in her womb).
Various sheep(Ovis aries), only one of which is looking up at the travellers (see right foreground).

RESEARCH/ADDITIONAL NOTES:
I drew this scene in 2011, as a design for a Christmas card. I have re-coloured it for inclusion in the Nativity SET01 group, using the colours established in later scenes.

See later scenes in the sets for commentary about the possible Mary & Joseph took to get from Galilee in the north to Bethlehem (south of Jerusalem).

Here’s a link to the Christmas card, so you can compare the original (lighter, brighter colours) to this one:
Christmas card – Almost unnoticed travellers