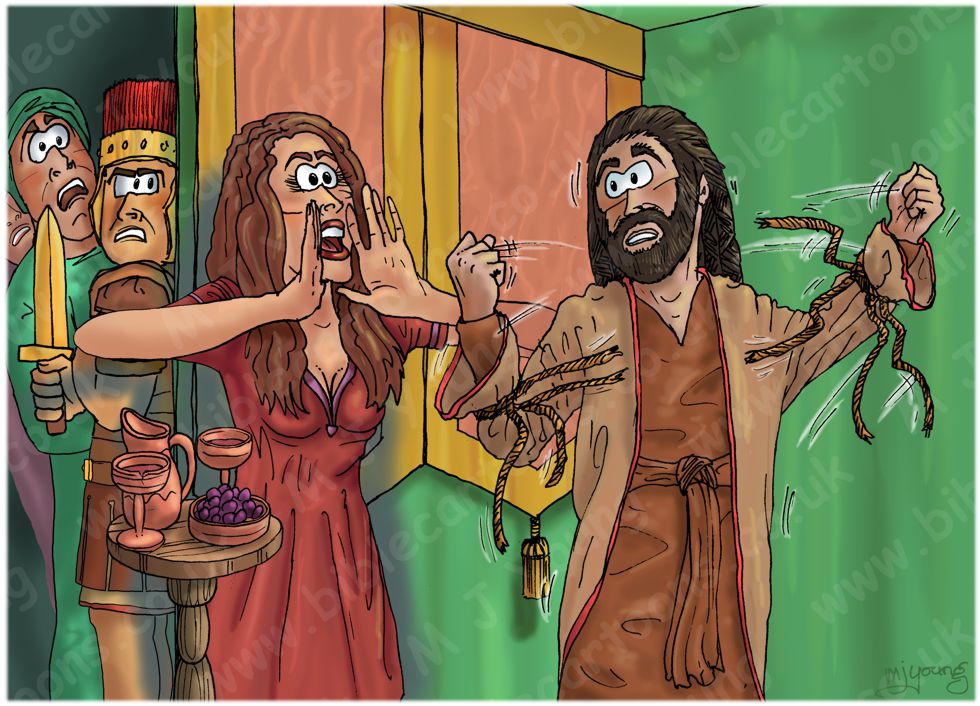 Judges 16:10-12 (ANIV)
10 Then Delilah said to Samson, “You have made a fool of me; you lied to me. Come now, tell me how you can be tied.”
11 He said, “If anyone ties me securely with new ropes that have never been used, I’ll become as weak as any other man.”
12 So Delilah took new ropes and tied him with them. Then, with men hidden in the room, she called to him, “Samson, the Philistines are upon you!” But he snapped the ropes off his arms as if they were threads.

CHARACTERS PRESENT:
Samson breaking the new ropes on his arms.
Delilah shouting “Samson, the Philistines are upon you!”
Three (or more?!) Philistine men, hiding behind a curtain, to the left of the scene.

RESEARCH/ADDITIONAL NOTES:
This scene is similar to the previous one, in fact I have used the same background. I have copied and flipped the Delilah figure so that she is on the left, in front of the Philistine men, who are hiding behind the green curtain. As in the previous scene, this one show Samson easily breaking the new ropes which Delilah has tied him up with.

The Bible verses above don’t specify how many ropes Delilah used to tie Samson with; I have drawn four in my picture.