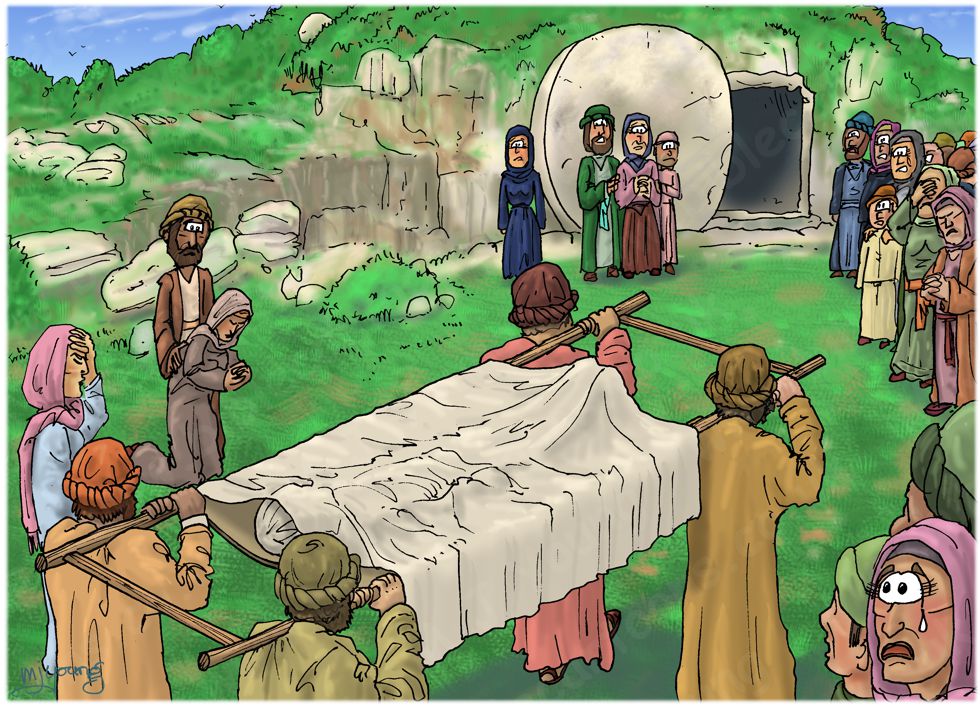 Judges 16:31 (ANIV)
Then his [Samson’s] brothers and his father’s whole family went down to get him. They brought him back and buried him between Zorah and Eshtaol in the tomb of Manoah his father. He had led [1] Israel for twenty years.

TIME OF DAY:
Unspecified in the Bible verses above. I have set this scene in the daytime.

LIGHTING NOTES:
Diffused light, coming from the sun, above.

CHARACTERS PRESENT:
Four men from Samson’s family are carrying his body on a litter (wooden poles with canvas between them, like a stretcher).

RESEARCH/ADDITIONAL NOTES:
This simple scene shows Samson’s family burying his body in the tomb of his father, Manoah, which you can see the procession heading for in the background. There is a large rounded stone which serves as a secure cover, rolled over the tomb entrance.