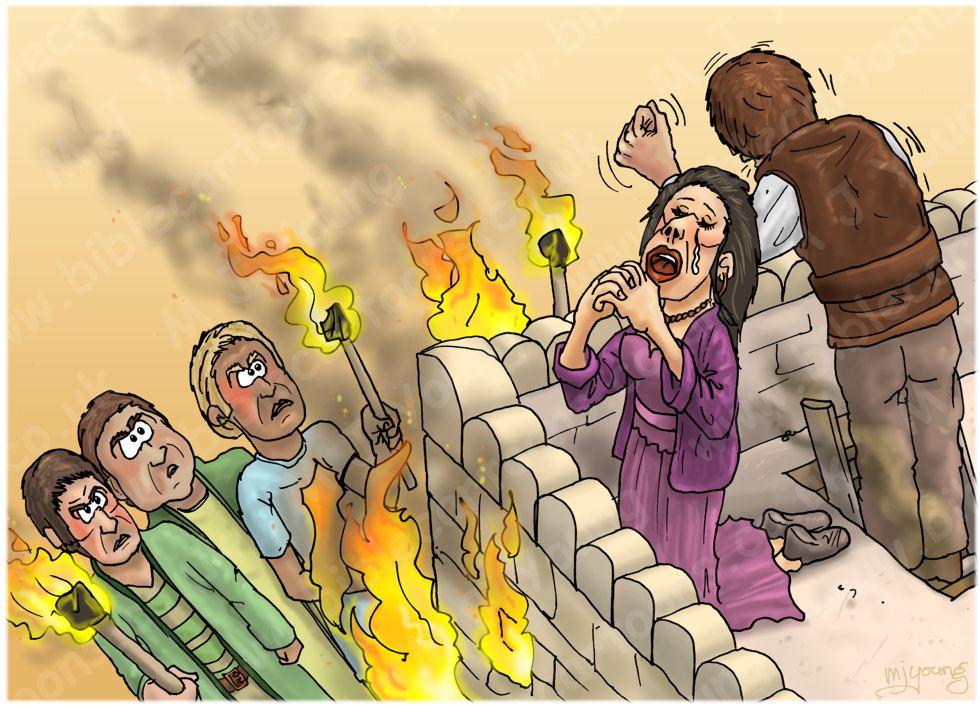 Judges 15:6 (ANIV)
When the Philistines asked, “Who did this?” they were told, “Samson, the Timnite’s son-in-law, because his wife was given to his friend.” So the Philistines went up and burned her and her father to death.

TIME OF DAY:
The Bible doesn’t specify the time of day for this scene. I have set it in the early morning.

LIGHTING NOTES:
There is sunlight coming from above, which casts weak shadows the left of figures and objects.
The dominant light source are the flames from the Philistine men’s torches and the house flames.

CHARACTERS PRESENT:
Samson’s father-in-law and wife are on the flat roof of their home.
The three companions of Samson (see previous scenes) here represent “the Philistines” who “went up and burned her and her father to death.”

RESEARCH/ADDITIONAL NOTES:
This picture is one of my simpler, less complicated designs, and yet it shows a rather horrible scene: the burning alive of Samson’s father-in-law and wife, by some of their fellow Philistines.