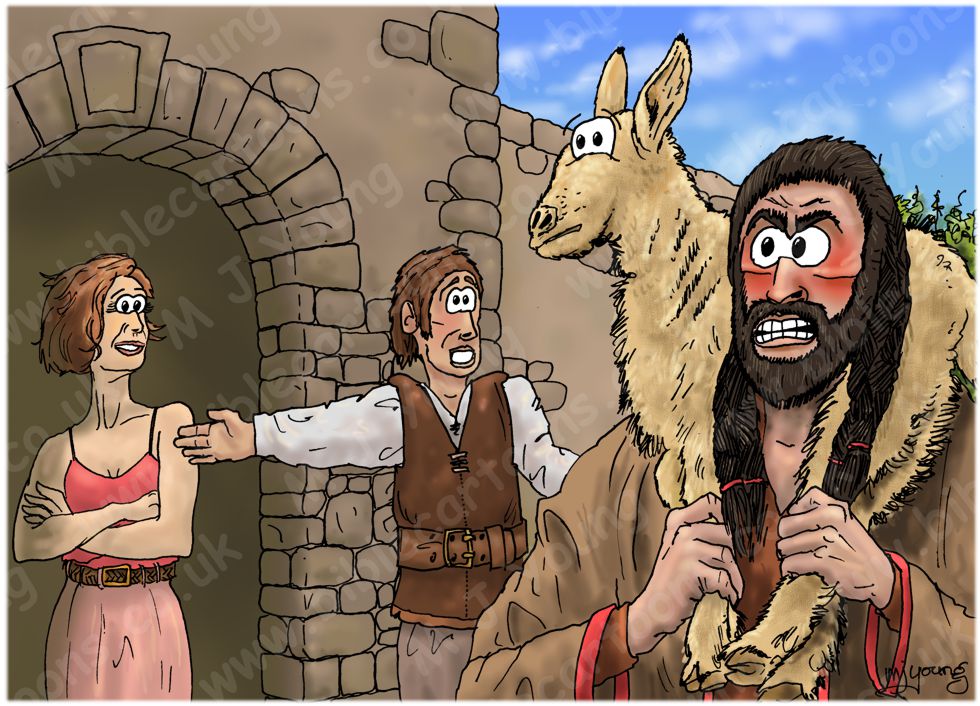 Judges 15:1-2 (ANIV)
Samson’s Vengeance on the Philistines
1 Later on, at the time of wheat harvest, Samson took a young goat and went to visit his wife. He said, “I’m going to my wife’s room.” But her father would not let him go in.
2 “I was so sure you thoroughly hated her,” he said, “that I gave her to your friend. Isn’t her younger sister more attractive? Take her instead.”

TIME OF DAY:
The Bible doesn’t specify the time of day. I’ve set this scene in the morning.

LIGHTING NOTES:
The sun (unseen, above) lights this scene, casting shadows to the right of figures and objects.

RESEARCH/ADDITIONAL NOTES:
Here we see Samson arriving at the home of his Philistine fiancée/wife. Her father is standing at the arched doorway to his home, refusing Samson entry. The younger sister of Samson’s fiancée, is standing in the doorway to their home, smiling at Samson.

I wonder if the father’s comment, “Isn’t her younger sister more attractive? Take her instead” was meant to placate Samson. Perhaps the news of his supernatural strength had reached the ears of the Philistine people, and they were worried what he would do next. I imagine Samson’s father-in-law would be! Nevertheless, by modern day standards, this father’s offering of his younger daughter over the older one seems rather callous and calculating! Even the young goat looks surprised by the father’s offer! 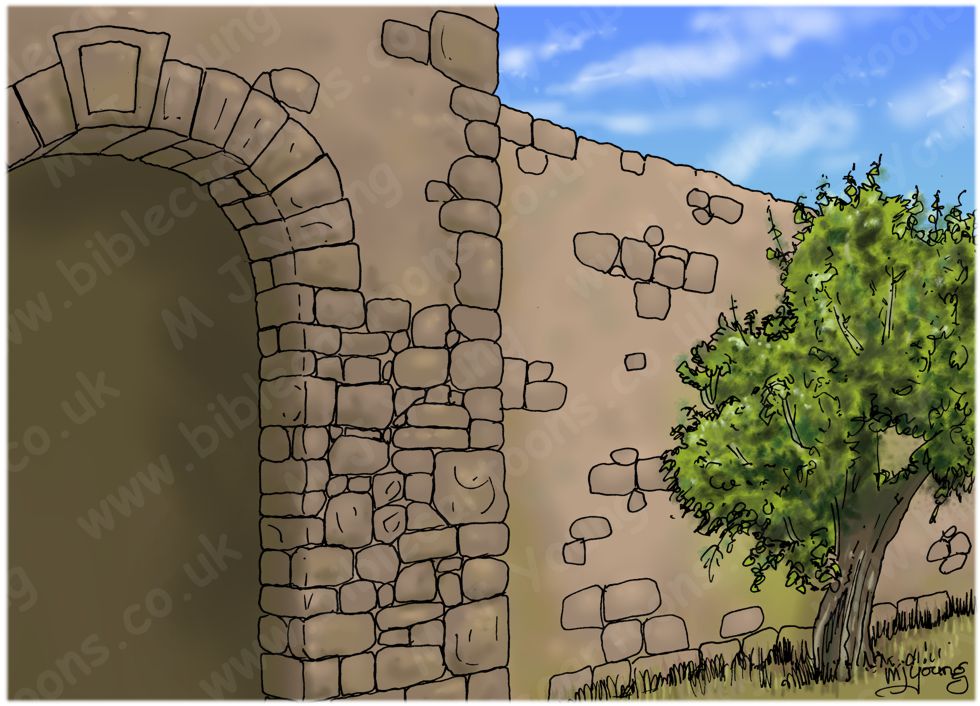 The tree by the wall of the house is Ficus sycomorus (aka sycamore fig, fig-mulberry, sycamore, or sycomore), is a species of fig tree.

The Scientific (Latin) name for the domesticated goat is Capra aegagrus hircus.