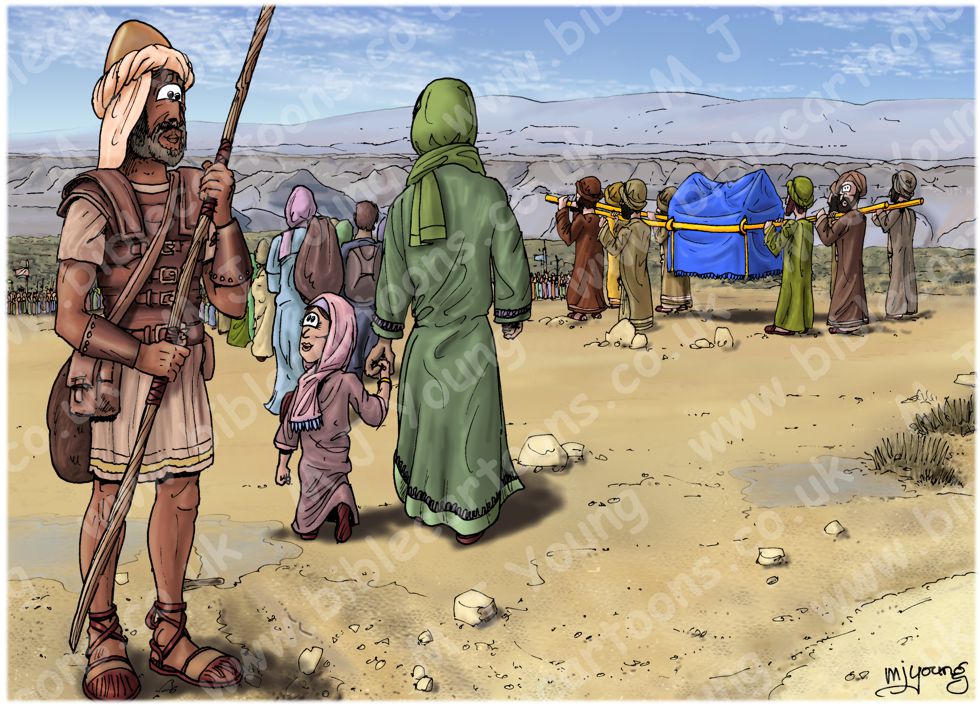 Joshua 3:17 (ANIV)
The priests who carried the ark of the covenant of the Lord stood firm on dry ground in the middle of the Jordan, while all Israel passed by until the whole nation had completed the crossing on dry ground.

LIGHTING NOTES:
The sun is high in the sky, casting small shadows below & to the right of objects & people.

RESEARCH/ADDITIONAL NOTES:
I researched the Jordan river & found various photographs to help me design this scene. We (the viewer) are standing on the desert (eastern) banks of the river’s flood plain. You may notice a few pools of water, which is all that remains of the flooding river. If you look carefully you can see that behind the small figures of the Hebrew people in the middle distance, there is a series of grey/lilac hills. These are sedimentary deposits which have been cut through by the river in flood, leaving cliff edges on either side of the river flood plain. The flood plain itself has shrubs & trees (dark green in my picture) which can be seen behind the smallest figures. The lilac “mountains” in the background are the hills of the Judean wilderness, west of the Jordan river.

How old was Joshua at the time the Israelites entered Canaan?
Scripture does not state an exact age for Joshua at the time of the Canaan invasion. There are some clues that allow us to approximate his age at this time though. If Joshua was about 15 years old at the time that God gave the Ten Commandments to Moses on Mount Sinai, & we add another 40 years wandering in the wilderness this would put Joshua’s age at approximately 55 years old when he first entered into the land of Canaan in approx. 1406 BC. 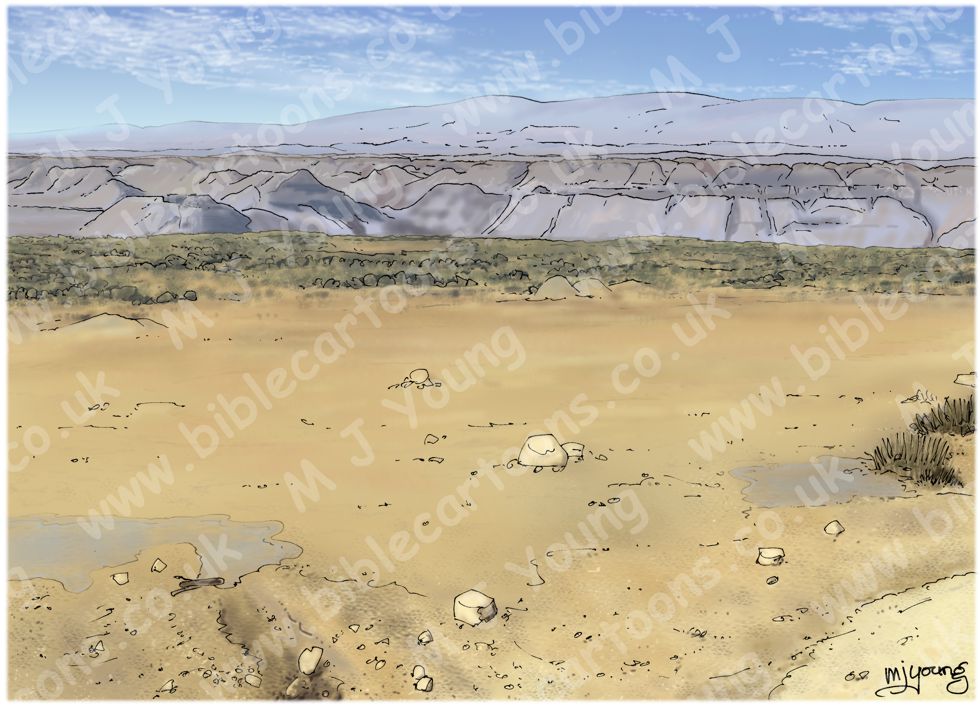