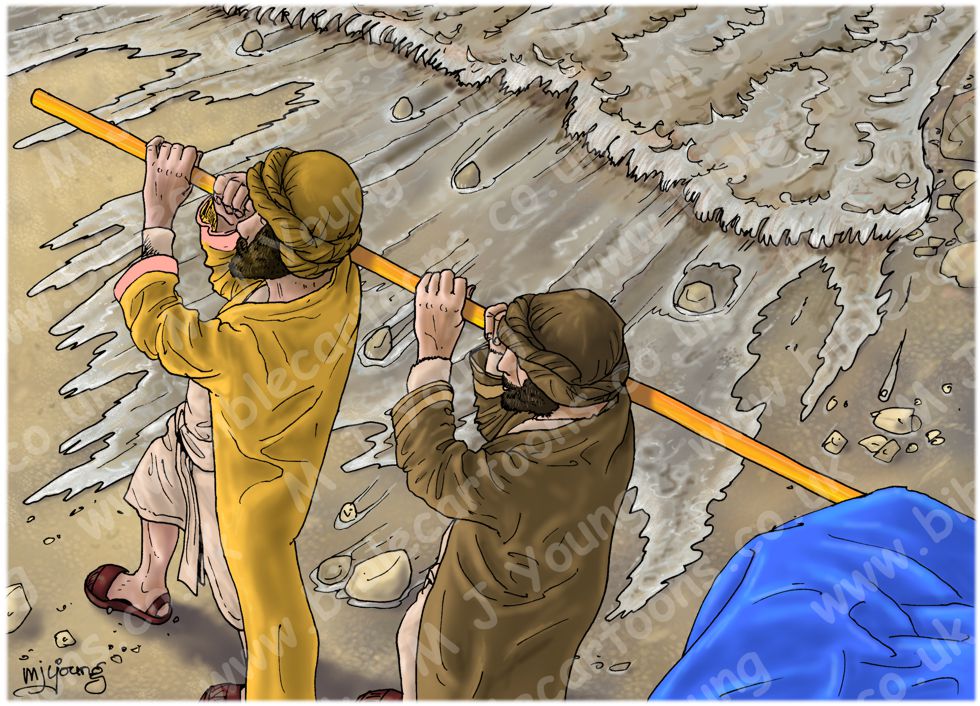 Joshua 3:15-16 (ANIV)
15 [Now the Jordan is in flood all during harvest.] Yet as soon as the priests who carried the ark reached the Jordan and their feet touched the water’s edge, 16 the water from upstream stopped flowing. It piled up in a heap a great distance away, at a town called Adam in the vicinity of Zarethan, while the water flowing down to the Sea of the Arabah (the Salt Sea [1]) was completely cut off. So the people crossed over opposite Jericho.

LIGHTING NOTES:
The light from the sun (on the left, in front of the figures) is the chief source of illumination in this scene.

CHARACTERS PRESENT:
Two of the eight Levites can be seen carrying the Ark of the Covenant (under its blue covering).

RESEARCH/ADDITIONAL NOTES:
Unlike the previous scene, we are viewing the waters of the river Jordan from the eastern banks, looking towards the west. With this orientation the flood waters of the river Jordan have just been flowing from the right (upstream, from the Sea of Galilee) towards the left (The Dead Sea.) At this moment we can see the waters receding – flowing backwards, upstream, under the power of God.

Apparently the town named Adam (in the vicinity of Zarethan) is just south of the Jabbok river, about a third of the way between the Dead Sea (in the south) & the Sea of Galilee (in the north.)

This is an unusual vantage point for one of my Bible Cartoons: looking down on the Levite figures. But it was the only way that I could show the water on the ground receding, & get the figures in as well! I think it works. 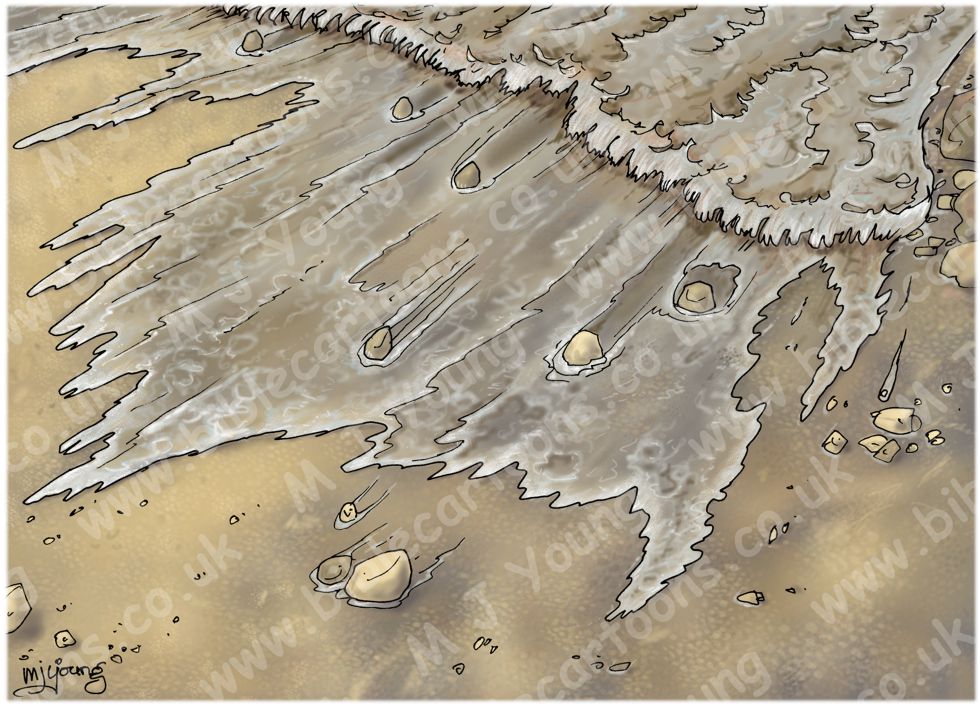