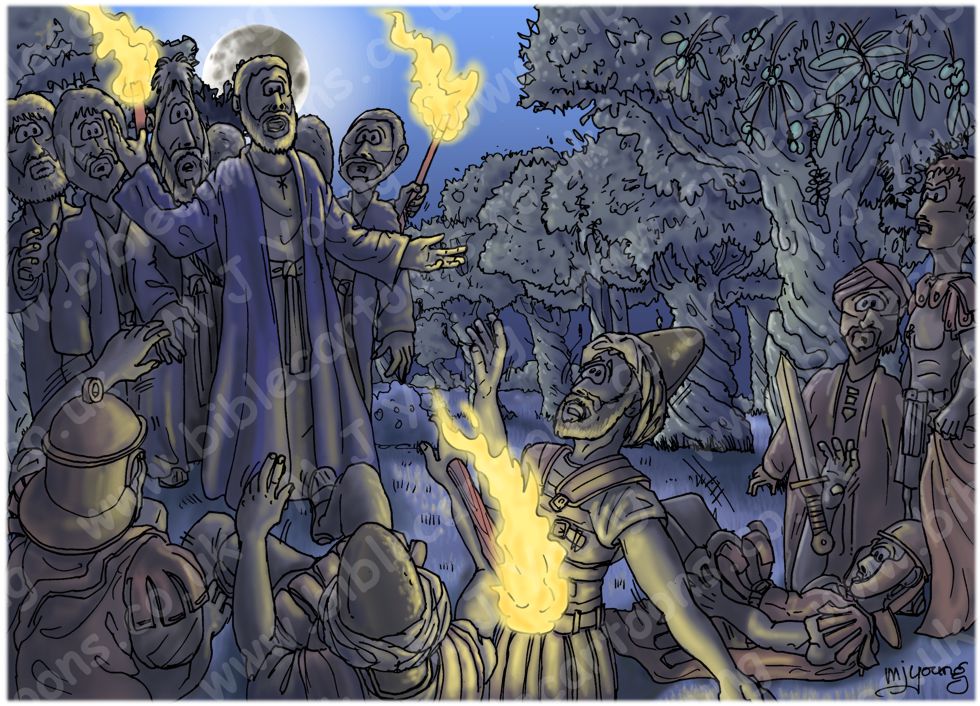 John 6:39 (NLT)
39 And this is the will of God, that I should not lose even one of all those he has given me, but that I should raise them to eternal life at the last day.

John 17:12 (NLT)
12 During my time here, I have kept them safe. [a] I guarded them so that not one was lost, except the one headed for destruction, as the Scriptures foretold.

[a]
Greek, I have kept in your name those whom you have given me.

CHARACTERS PRESENT:
Jesus is standing in a small group of his disciples. Behind Jesus (from left to right) are John (son of Zebedee), James (son of Zebedee), Simon/Peter, two unnamed disciples (carrying torches) and Andrew.
Before Jesus are several Roman soldiers and Temple guards, who have fallen backward to the ground (v 6). On the right is the Roman officer and Judas Iscariot.

As with the previous scene, you can see olive trees (Olea europaea) in the background.

You may notice that I have positioned the near full moon behind Jesus’ head, so that it looks like a halo… this design opportunity to symbolise the divine nature of Jesus was just too good to miss!