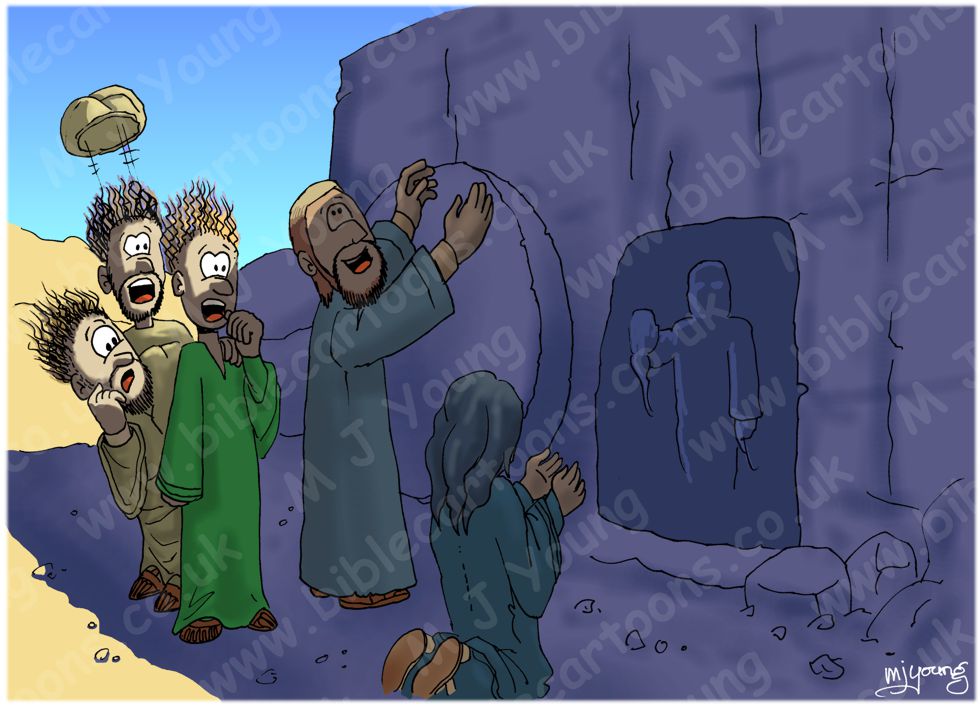 John 11:44 (ANIV)
[Jesus Raises Lazarus From the Dead]
The dead man [Lazarus] came out, his hands and feet wrapped with strips of linen, and a cloth around his face. Jesus said to them, “Take off the grave clothes and let him go.”

LIGHTING NOTES:
I drew “Lazarus raised” before the “Lazarus dead” cartoon. I established the lighting & colours here & then applied them to the 2nd cartoon, so as to maintain continuity.

RESEARCH/ADDITIONAL NOTES:
I hadn’t decided to draw character sheets for each of the disciples at this point (that came during “Jesus anointed at Bethany” & “Jesus washes disciples feet”) Here I just wanted someone to look amazed & astonished at the sight of Lazarus raised from the dead!

02) (Next page) John 11 – Lazarus resurrected – Scene 04 – Lazarus raised (Version 02). In which I have included dark blue shadows across the tomb wall & figures.

03) (Next page) John 11 – Lazarus resurrected – Scene 04 – Lazarus raised (Version 03). In this version I have removed the dark blue shadows, allowing full colour. There are cast shadows to the right of the figures & base of the tomb wall. This version is lighter for customers to project on screen &/or to print.