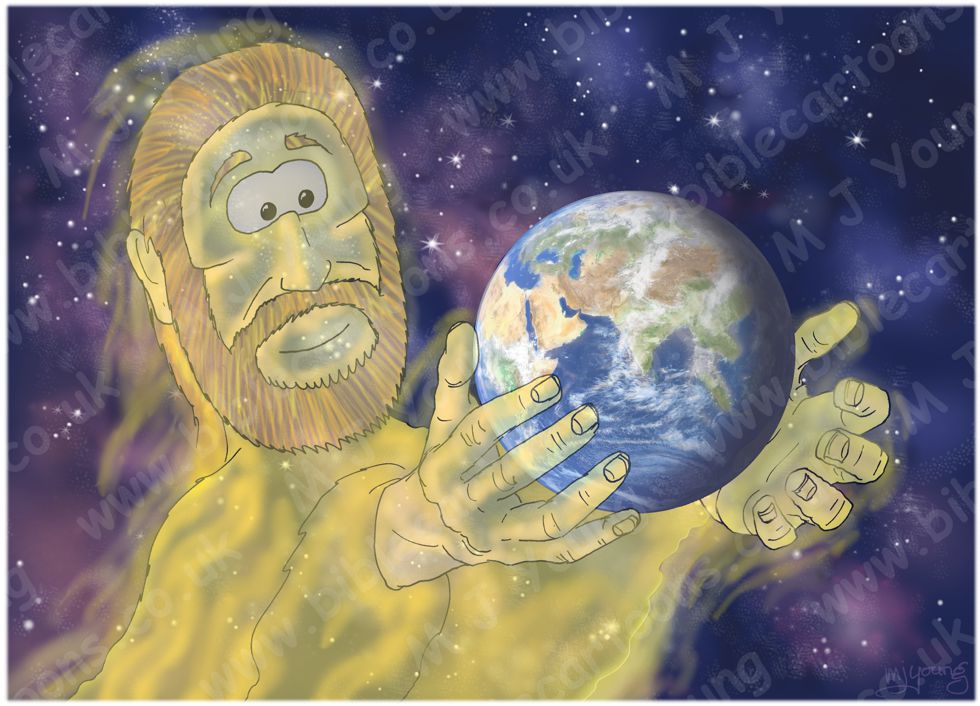 LIGHTING NOTES:
The stars in the background provide light in this scene. The pre-incarnate Jesus has a holy glow about his figure as well.

CHARACTERS PRESENT:
The pre-incarnate Jesus, holding the world in his hands.

RESEARCH/ADDITIONAL NOTES:
This is a simple scene, which represents the first 4 verses of John’s gospel. I have drawn a translucent figure of Jesus, holding the newly created earth in his hands. I couldn’t think of a way to translate “the Word” into a visual, so elected to show the figure of Jesus, who that term refers to.

Here’s the rough pencil sketch I drew for this scene. 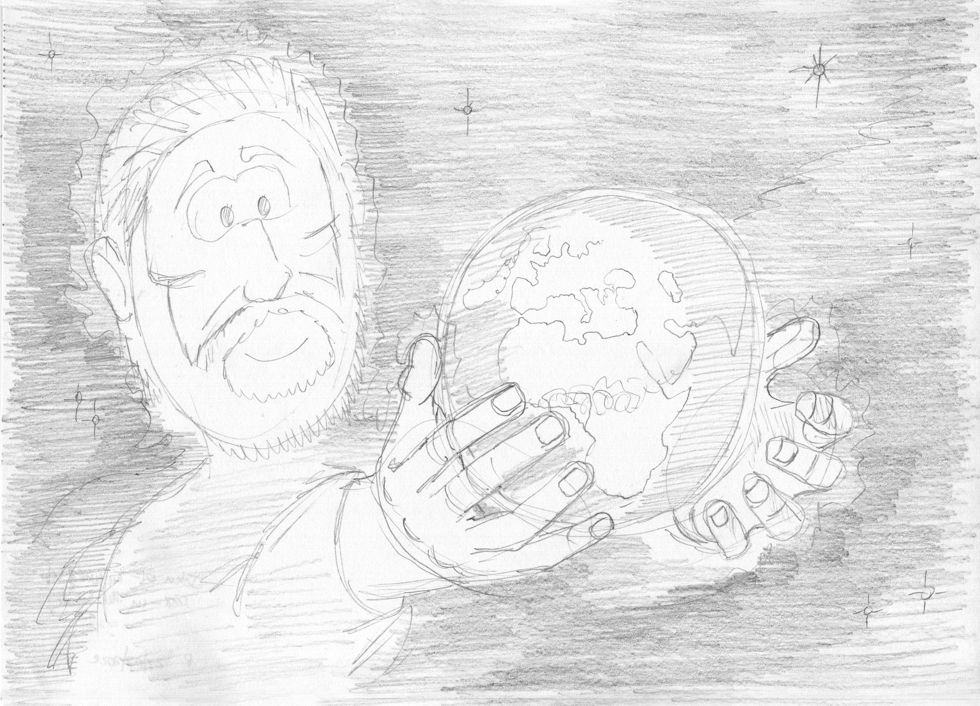