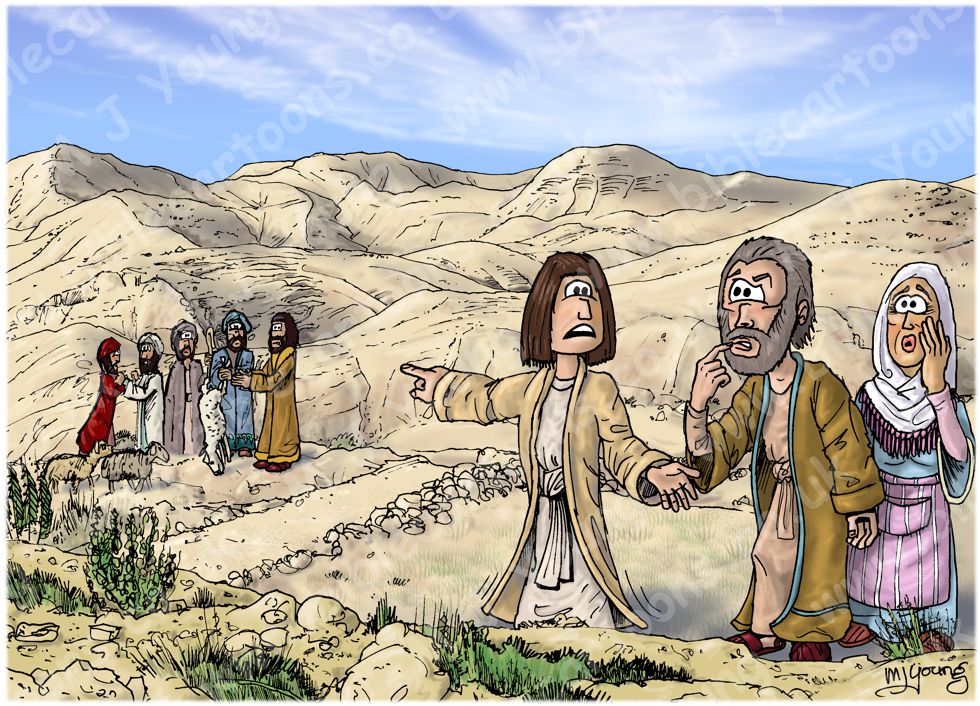 Genesis 37:1-2 (NLT)
1 So Jacob settled again in the land of Canaan, where his father had lived as a foreigner. 2 This is the account of Jacob and his family. When Joseph was seventeen years old, he often tended his father’s flocks. He worked for his half brothers, the sons of his father’s wives Bilhah and Zilpah. But Joseph reported to his father some of the bad things his brothers were doing.

TIME OF DAY:
Not specified in Bible text. I have made it mid afternoon.

RESEARCH/ADDITIONAL NOTES:
In this scene Joseph is telling his father what his half-brothers have been getting up to. Jacob/Israel looks doubtful, concerned, maybe a bit cross. There is a female servant behind Jacob/Israel.
Notice that Simeon and Levi are fighting and Reuben is holding a lamb upside down, which is my way of visually representing the brothers doing wrong!

I really enjoyed colouring up the desert wilderness landscape in this scene. Here’s the landscape without the figures. 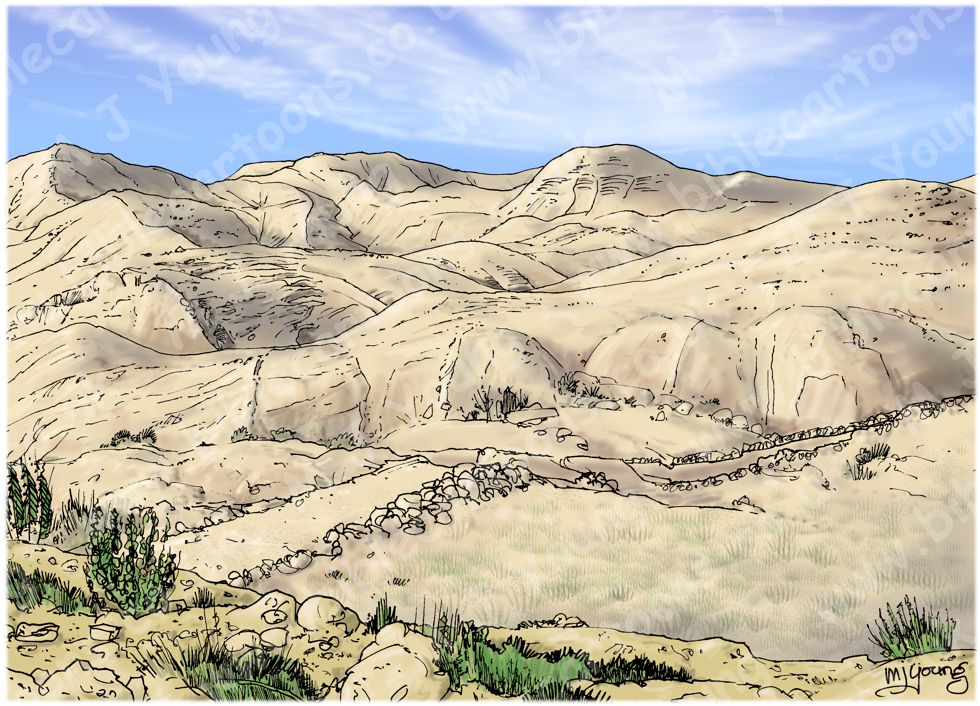 
Bible Doctrine Notes
37:1-17 ELECTION, God’s Promise (4.11C)
Joseph incurred the wrath of his brothers when he shared his dreams concerning his leadership over them. His dreams revealed God’s election of Joseph to save his family and nation. God reveals His election promise and purposes to us in different ways.

37:1-2 HUMANITY, Childhood and Youth (2.43C)
Youthful dreams are a normal part of growing up, but some dreams may be sent by God as special revelations to the dreamer. When Joseph shared his dreams with his brothers, it caused resentment and bitterness in them, which was already present due to Jacob’s favouritism of Joseph.

37:2 HISTORY, Linear (3.31B)
Jacob is the climatic figure in patriarchal history, for he gave his name “Israel” to the nation that followed him. The account of Jacob shows the family-centred content of Israel’s early history.