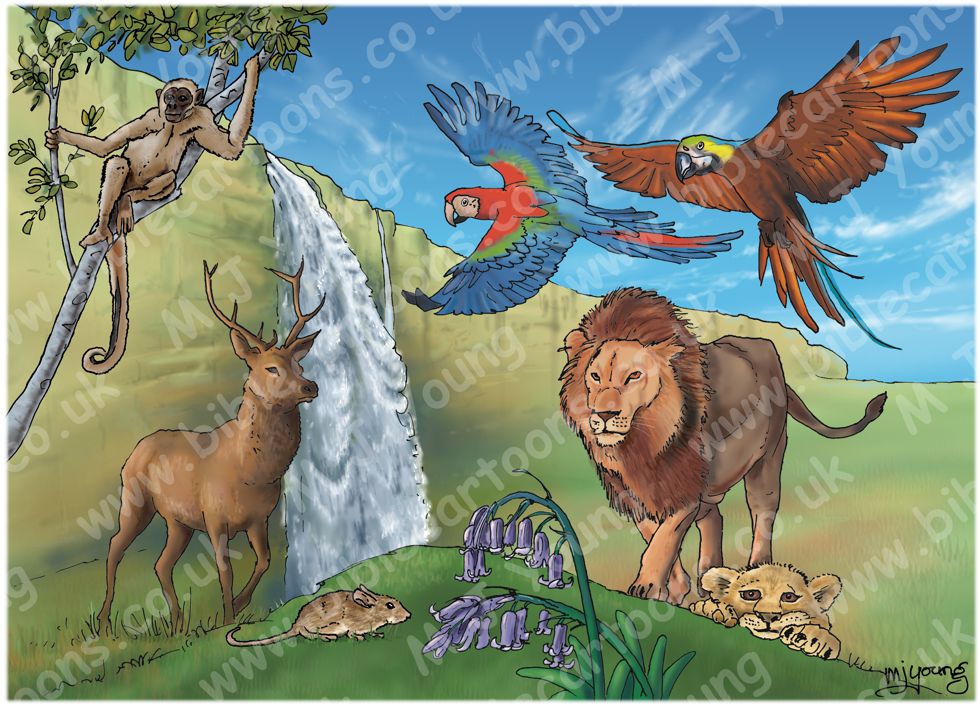 Genesis 1:25 (NLT)
God made all sorts of wild animals, livestock, and small animals, each able to produce offspring of the same kind. And God saw that it was good.

LIGHTING NOTES:
Light is entering the scene from the sun above. Notice it lights the deer & lion particularly with an orange glow on the left.

RESEARCH/ADDITIONAL NOTES:
This scene has just been finished (Nov 2015) as 1 of 4 pictures for a local school. I was commissioned to produce 4 canvases that show the school values: Excellence, Respect, Inclusion & Aspiration. This scene depicts Excellence in the form of God’s creation in Genesis chapter 1.

Red deer (Cervus elaphus) is one of the largest deer species.

The green-winged macaw (Ara chloropterus), also known as the red-and-green macaw. This is the largest of the Ara genus, widespread in the forests and woodlands of northern and central South America.

The blue-and-yellow macaw (Ara ararauna), also known as the blue-and-gold macaw, is a large South American parrot with blue top parts and yellow under parts. It inhabits forest & woodland of tropical South America.