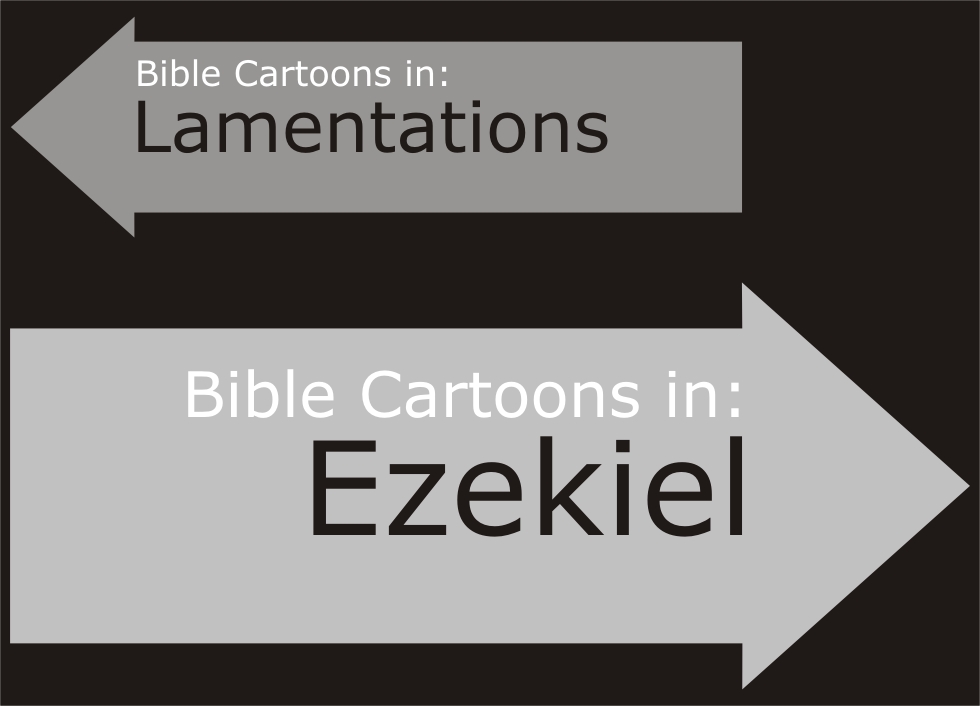 Ezekiel means “God will strengthen”, or “The strength of God” in Hebrew.

How can you cope with a world gone astray?

Ezekiel’s major teaching can be summarised:
01) God works through human messengers.
02) Even in defeat & despair, God’s people need to affirm God’s sovereign Lordship.
03) God’s Word never fails.
04) God is present & can be worshipped anywhere.
05) People are personally responsible for their actions.
06) God’s people must obey God if they expect to receive his blessings.
07) God’s kingdom will come.
08) God’s promised new covenant is superior to the old Mosaic one.
09) God provides for the worship needs of his people.
[Source: NIV Disciple’s Study Bible]

Ezekiel wrote from Babylon, but his prophecies concerned Israel, Egypt, and several of the neighboring countries.

The book of Ezekiel features one of the eeriest scenes in the Bible, a vision of God raising an army of dead men’s bones from their graves and bringing them back to life (Ezekiel 37:1-14).

That’s just one of many symbolic visions and performances of this ancient prophet, who predicted the destruction of Israel and the idolatrous nations around it. Despite its frightening oracles, Ezekiel concludes with a message of hope and restoration for God’s people.

Thousands of citizens of Israel, including Ezekiel and King Jehoiachin, had been captured and taken to Babylon about 597 BC. Ezekiel prophesied to those exiles about why God had allowed that, while at the same time, the prophet Jeremiah spoke to the Israelites left behind in Judah.

Besides giving oral warnings, Ezekiel performed physical actions which served as symbolic plays for the exiles to learn from. Ezekiel was ordered by God to lie on his left side 390 days and on his right side 40 days. He had to eat disgusting bread, drink rationed water, and use cow dung for fuel. He shaved his beard and head and used the hair as traditional symbols of humiliation. Ezekiel packed his belongings as if heading on a journey. When his wife died, he was told not to mourn her.

Bible scholars say God’s warnings in Ezekiel finally cured Israel of idolatry. When they returned from exile and rebuilt the temple, they never turned away from the True God again.

Themes in the Book of Ezekiel:
The terrible consequences of idolatry stand out as a main theme in Ezekiel. Other themes include the sovereignty of God over the entire world, God’s holiness, right worship, corrupt leaders, the restoration of Israel, and the coming of a Messiah.
[Source: http://christianity.about.com/od/oldtestamentbooks/fl/Book-of-Ezekiel.htm]

[1]
Fuller list of major characters in the book of Ezekiel:

View all Bible Cartoons in Ezekiel Go to Search by Bible Book page Do I need High or Medium qlty cartoons? FAQ’s