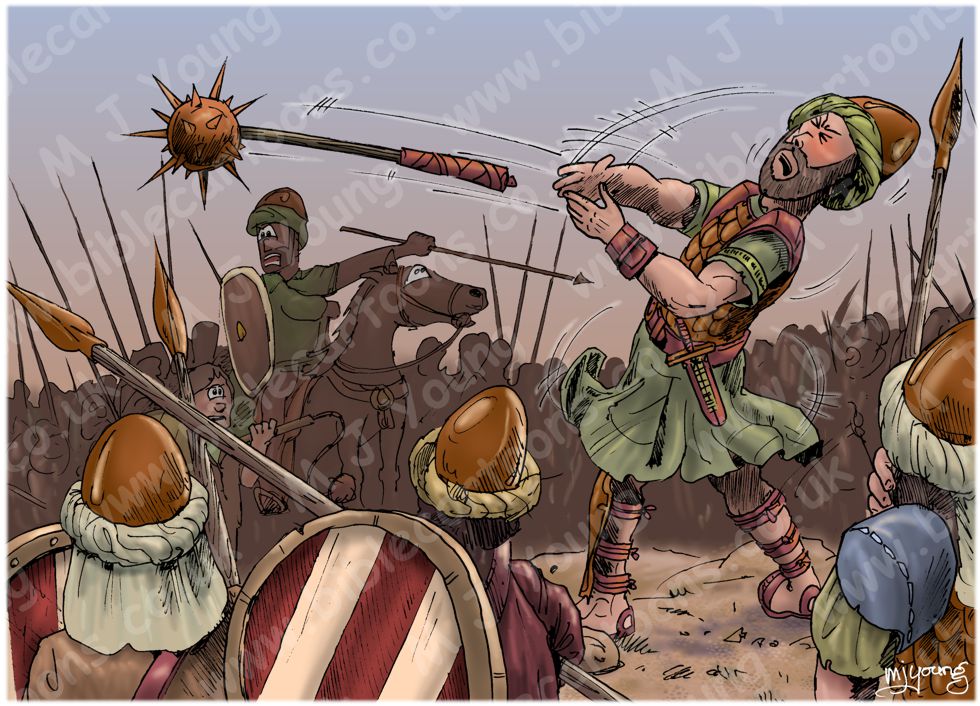 Ecclesiastes 3:1,6 (ANIV)
1 There is a time for everything, and a season for every activity under heaven: …
6 a time to keep and a time to throw away, …

RESEARCH/ADDITIONAL NOTES:
This scene was originally drawn as a black and white outline for my series celebrating the London Olympic games in 2012. I looked for Bible references which might be linked to sports events and this is one that came to mind. I thought the phrase “a time to throw away” could be used to illustrate the hammer throwing event, although I thought that it would need to be a battle scene, in order to relate to the Bible in some way.

I drew this scene in July 2012, but have only just completed the coloured version in May 2016!

This scene doesn’t for part of the Ecclesiastes 03 – A time for everything SET, even though it is situated in the middle of that SET! 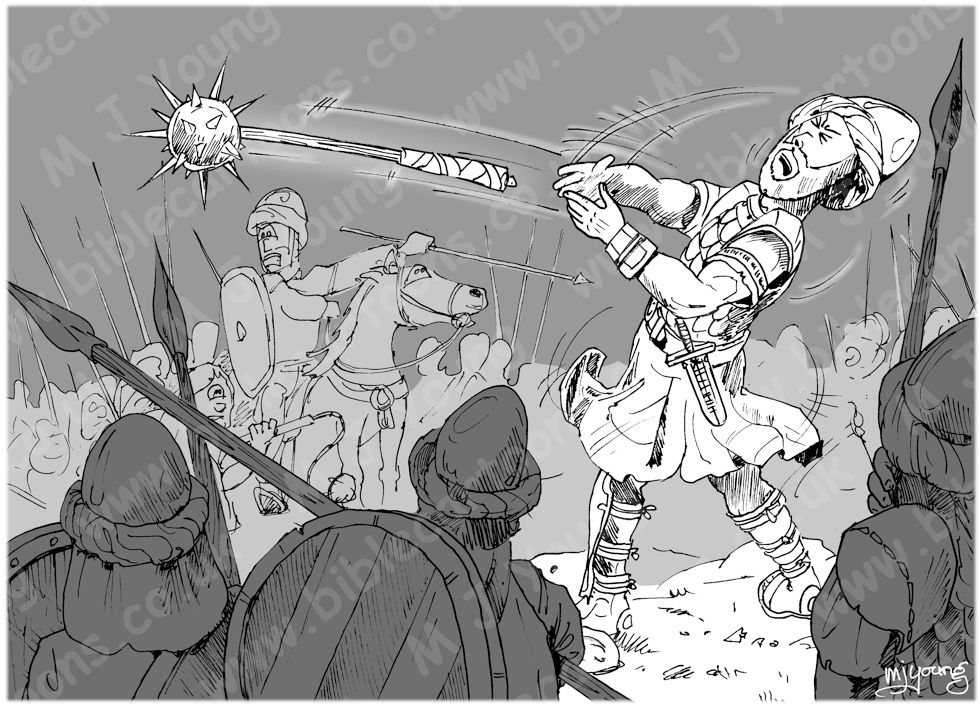