Bible Cartoon: Ecclesiastes 03 - A time for everything - Scene 05 - Search, give up, keep, throw 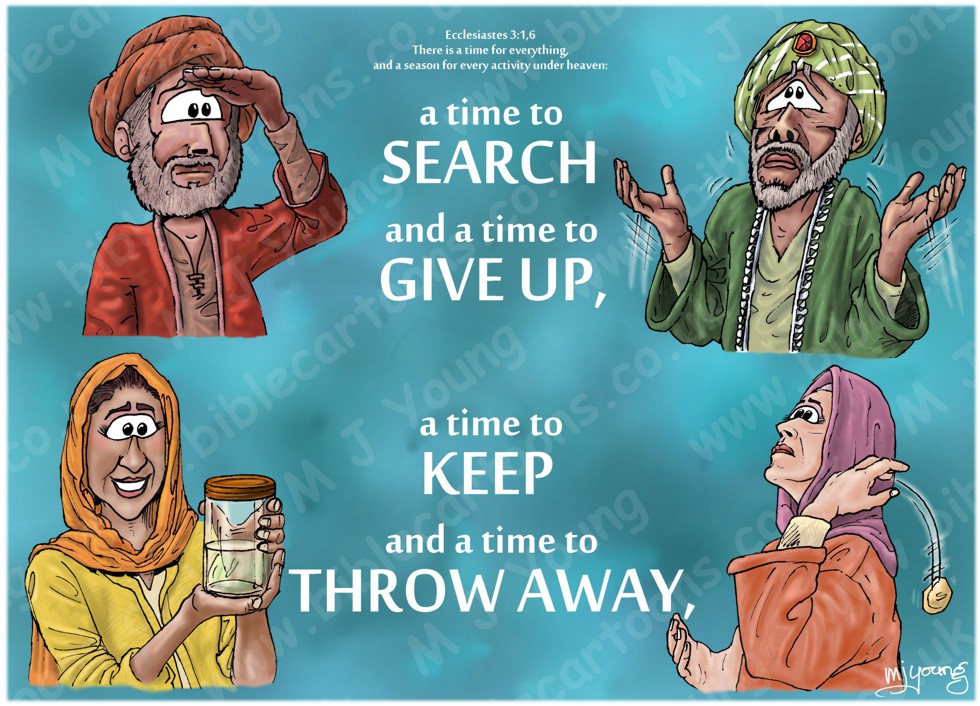 Ecclesiastes 3:1,6 (ANIV)
1 There is a time for everything, and a season for every activity under heaven:

Search, Give up, Keep, Throw.
Now to the particulars: verse 6 – “a time to search and a time to give up, a time to keep and a time to throw away, …” the polar opposites in this verse are searching & giving up (on a search), keeping (or holding on to something) & throwing away (or getting rid of something).

In verse 5 Solomon is comparing scattering & gathering stones with embracing & refraining from that embrace. Again he uses polar opposites to make the point. The action of gathering stones is inclusive – collecting them, possibly in reference to the building mentioned in verse 4.

In my picture you can see a man in the top left wearing red clothes, with his hand shielding his eyes from the bright sunshine. He is representative of “searching”, whereas the man in green (top right) who is shrugging his shoulders is representative of “giving up”, in this case, giving up on the search.

Solomon then wrote the two polar opposites “a time to keep and a time to throw away, …”. The first of the pair is represented in the bottom left of my picture by the woman in yellow who is holding a glass jar in her hands. The jar contains green liquid of some sort. The opposite is seen in the bottom right, with the woman in brown robes & pink head scarf, who is throwing a stone over her shoulder, indicative of “letting go”, or “throwing away”.

It is difficult to deduce exactly what King Solomon had in mind with these phrases. Some commentators think the searching & keeping in verse 6 might refer back to verses 2 & 4, & be about gathering materials for a building project of some kind. Perhaps Solomon kept his poem deliberately nebulous so that it can be applied to many of life’s situations. 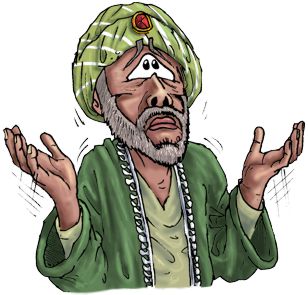