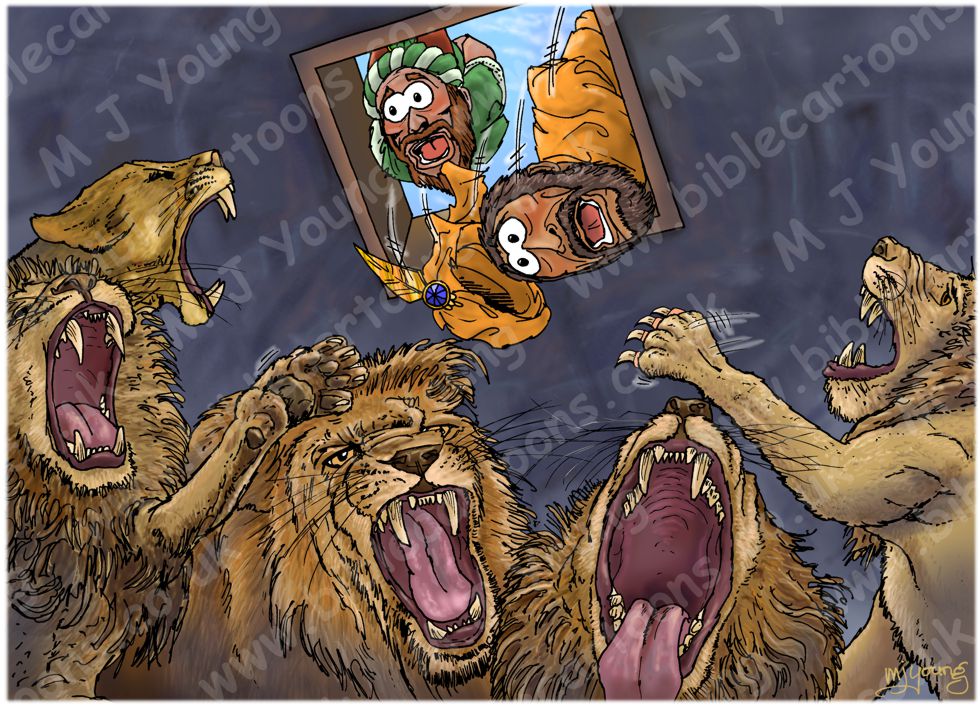 Daniel 6:24 (NLT)
Then the king [Darius the Mede] gave orders to arrest the men who had maliciously accused Daniel. He had them thrown into the lions’ den, along with their wives and children. The lions leaped on them and tore them apart before they even hit the floor of the den.

TIME OF DAY:
Unspecified in the Bible text. Some time later the same day.

LIGHTING NOTES:
This scene is set inside the lions’ den, looking up towards the opening in the ceiling, through which any sunlight enters the cavern.

CHARACTERS PRESENT:
Two of the three wicked administrators seen in previous pictures in this set of Bible Cartoons.
The lions (Panthera leo).

RESEARCH/ADDITIONAL NOTES:
Originally I was going to draw this scene viewed from above ground, and have some guards throwing the administrators into the lions’ den. Since I have already shown that view in previous pictures (Scene no’s 9, 11 and 13) I thought it might be more interesting to draw the scene from inside the lions’ den. We also get to see those great shaggy lions once more as well!