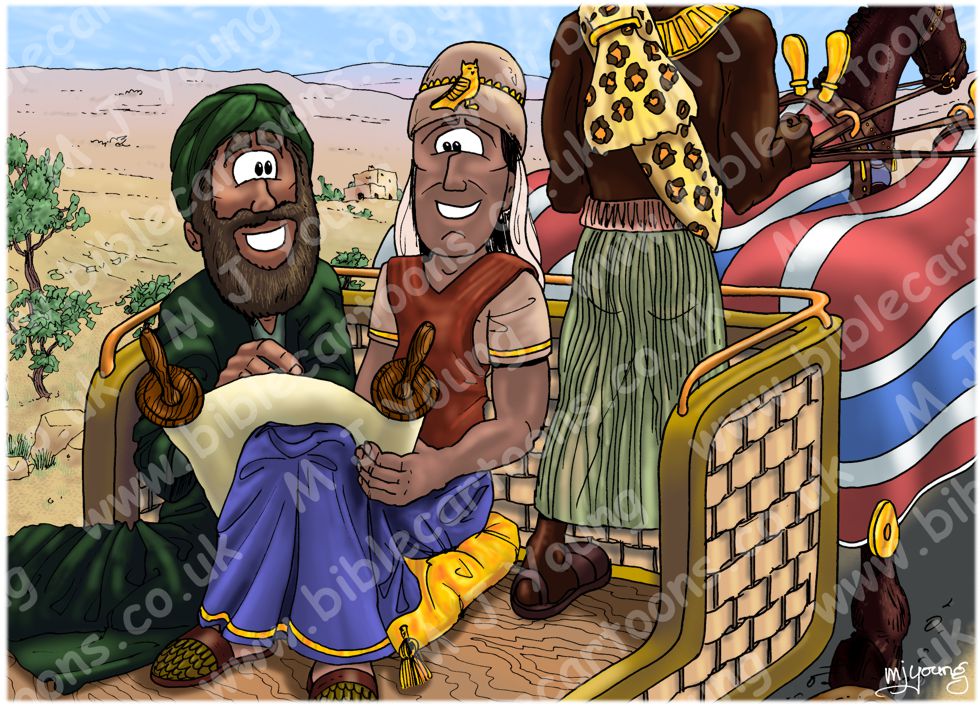 Acts 8:31-37 (NLT)
31 The man replied, “How can I, when there is no one to instruct me?” And he begged Philip to come up into the carriage and sit with him. 32 The passage of Scripture he had been reading was this:

“He was led as a sheep to the slaughter.
And as a lamb is silent before the shearers,
he did not open his mouth.

33 He was humiliated and received no justice.
Who can speak of his descendants?
For his life was taken from the earth.” [1]

34 The eunuch asked Philip, “Was Isaiah talking about himself or someone else?” 35 So Philip began with this same Scripture and then used many others to tell him the Good News about Jesus.
36 As they rode along, they came to some water, and the eunuch said, “Look! There’s some water! Why can’t I be baptized?” [2 – 37]

[2]
Some manuscripts add verse 37, “You can” Philip answered, “if you believe with all your heart.” And the eunuch replied, “I believe that Jesus Christ is the Son of God.”