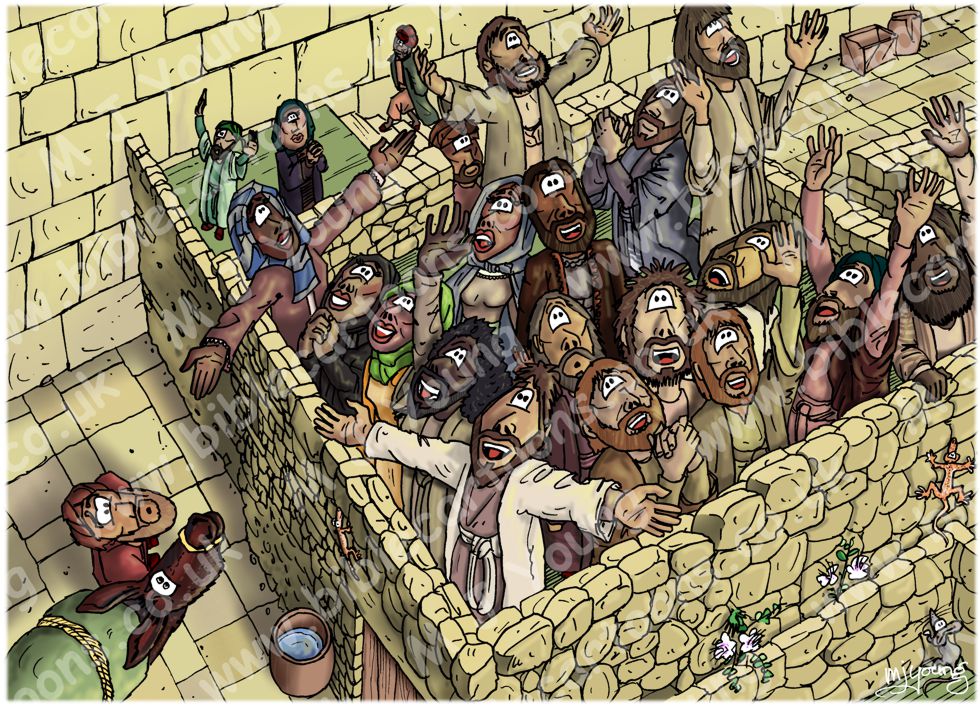 CHARACTERS PRESENT:
All of the Apostles are present in this scene, as are several un-named disciples, seen in the previous cartoon illustration.

RESEARCH/ADDITIONAL NOTES:
According to my internet research, Pentecost (called The Feast of Weeks, or Shavuot, in the Jewish language) is celebrated in late May.

The Lizard on right hand wall is a Sinai Fan Fingered Geckos or Fan-footed Gecko (Ptyodactylus guttatus)
The lizard on the left hand wall is a Mediterranean House Gecko, or Turkish Gecko (Hemidactylus turcicus turcicus)

The little rodent, looking up at the scene from the bottom right hand side of the illustration is a Macedonian mouse (Mus macedonicus)

The plant growing out of the wall to the lower right of the illustration is a Caper bush (Capparis spinosa) which is a plant that grows on the West (Wailing) Wall in Jerusalem, Israel today.

Close-up of man and donkey. 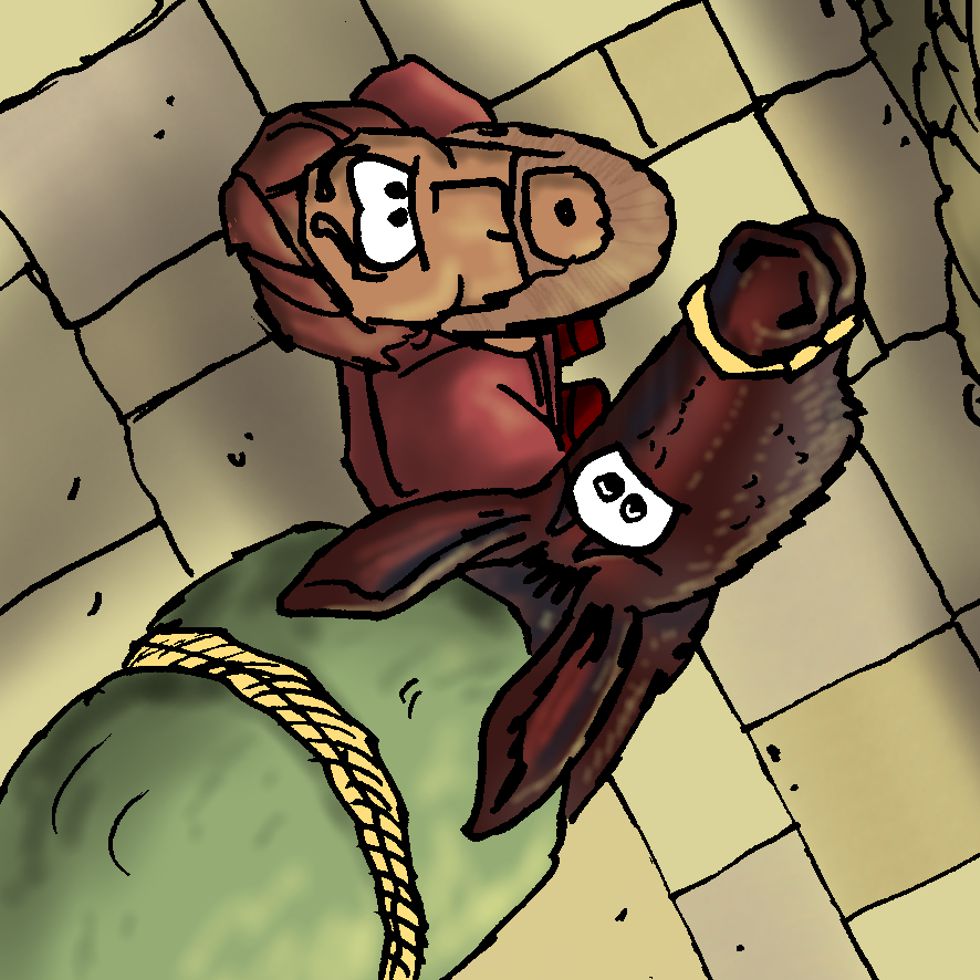 Close-up of Apostles on roof. 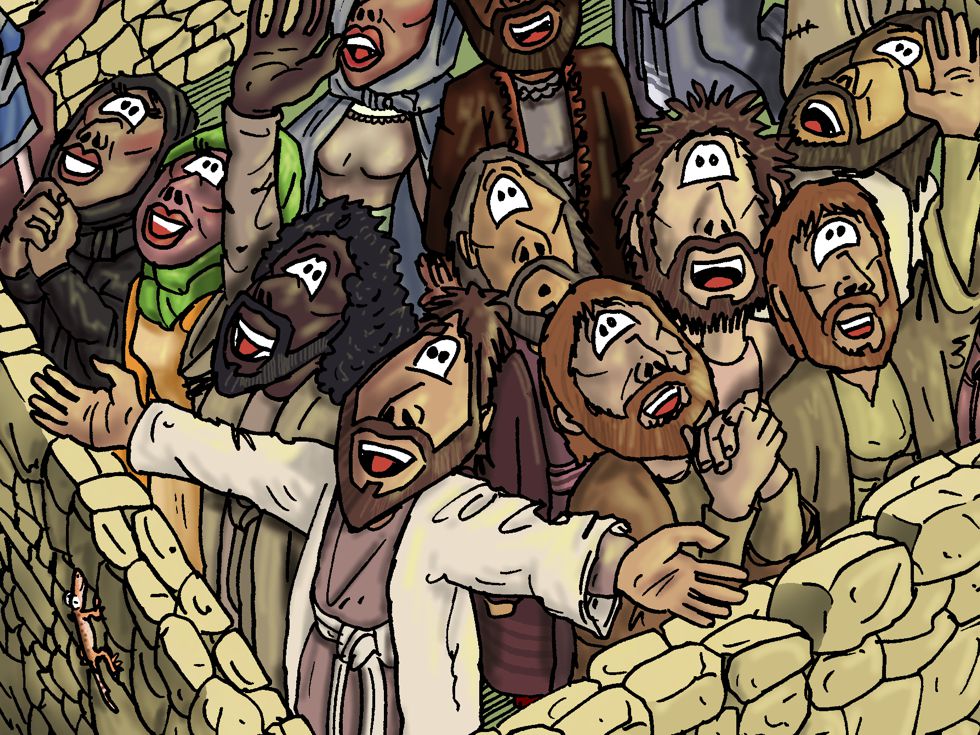 Link(s) to related Blog article
Click blue bar below to read the Blog article:
Latest addition to my Pentecost cartoons