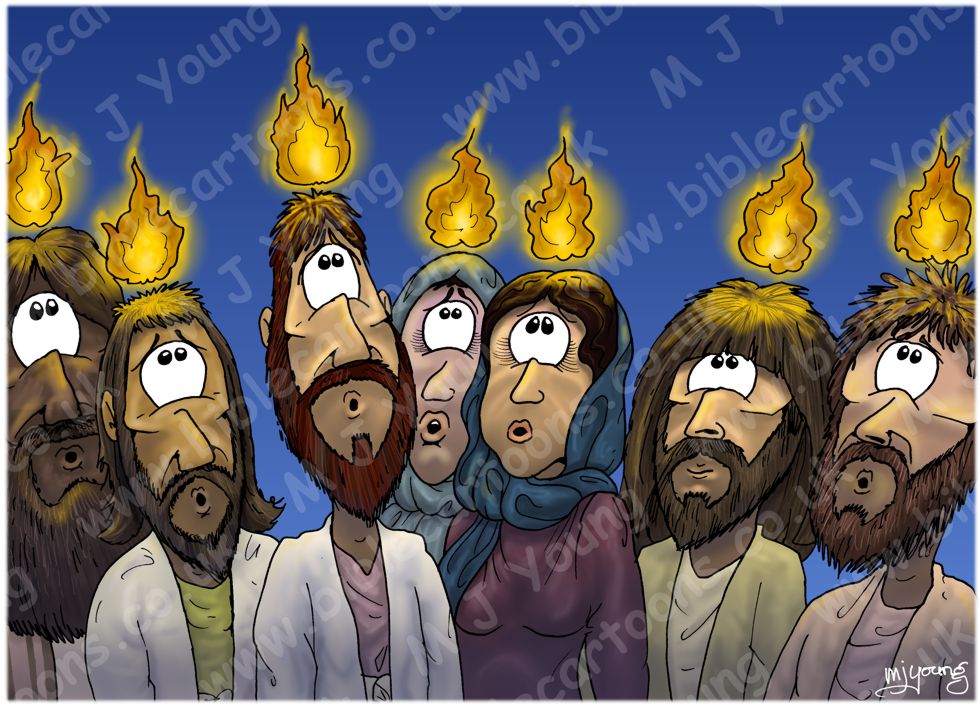 CHARACTERS PRESENT:
The NIV states, “When the day of Pentecost came, they were all together in one place.” It is probable that the “all” means the 120 disciples spoken of Acts 1:15. I have only drawn 7 of there number.

From left to right: Thaddeus/Judas (son of James) is the man with the big bushy beard & striped outer robe, next to him is Thomas/Didymus (aka “Doubting Thomas”!) then Simon/Peter. The woman in the background is an un-named disciple, with Mary Magdalene to the right of her. James/Cleopas (son of Alphaeus) & Simon the zealot are on the right of the scene.

RESEARCH/ADDITIONAL NOTES:
This is my second rendering of this very important scene from Pentecost. There are two slightly different versions of this scene 1) The Star flame version (see previous) & 2) The Flame glow version (see above). In both of these subtly different scenes I wanted to focus the viewers attention on the mysterious flames or tongues of fire, by removing any distracting background scenery elements. In this variation (the Flame glow version) I have removed the star glow pattern from around the tongues of fire.