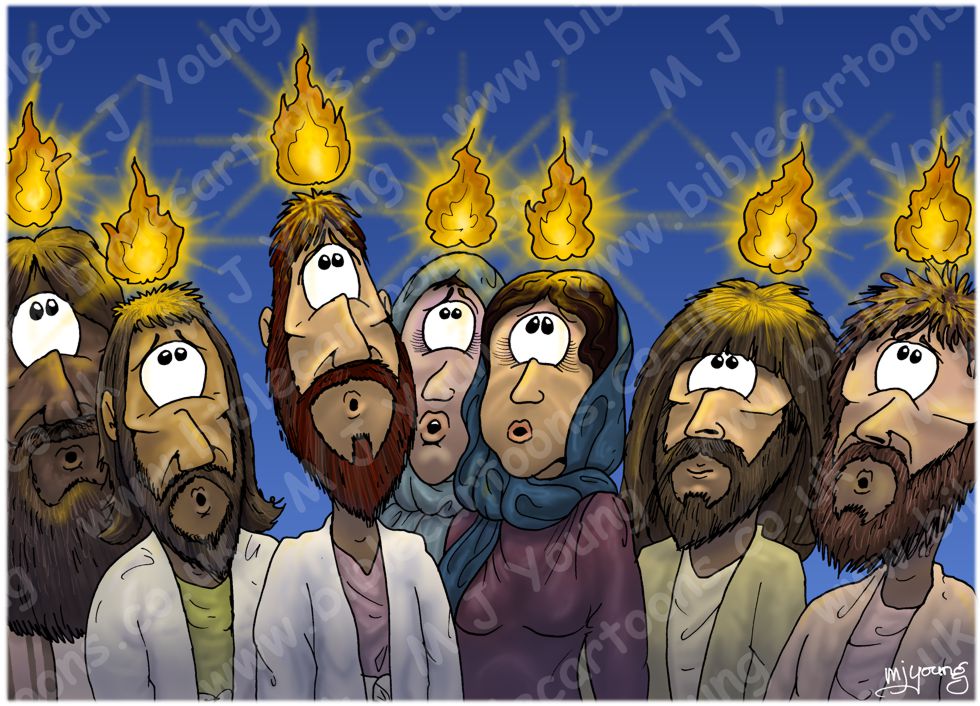 CHARACTERS PRESENT:
The NIV states, “When the day of Pentecost came, they were all together in one place.” It is probable that the “all” means the 120 disciples spoken of Acts 1:15. I have only drawn 7 of there number.

From left to right: Thaddeus/Judas (son of James) is the man with the big bushy beard & striped outer robe, next to him is Thomas/Didymus (aka “Doubting Thomas”!) then Simon/Peter. The woman in the background is an un-named disciple, with Mary Magdalene to the right of her. James/Cleopas (son of Alphaeus) & Simon the zealot are on the right of the scene.

RESEARCH/ADDITIONAL NOTES:
This is my second rendering of this very important scene from Pentecost. There are two slightly different versions of this scene 1) The Star flame version (above) & 2) The Flame glow version (see next cartoon). In both of these subtly different scenes I wanted to focus the viewers attention on the mysterious flames or tongues of fire, by removing any distracting background scenery elements. In this variation (the Star flame version) the tongues of flame have a star glow pattern around them to make them more spectacular.