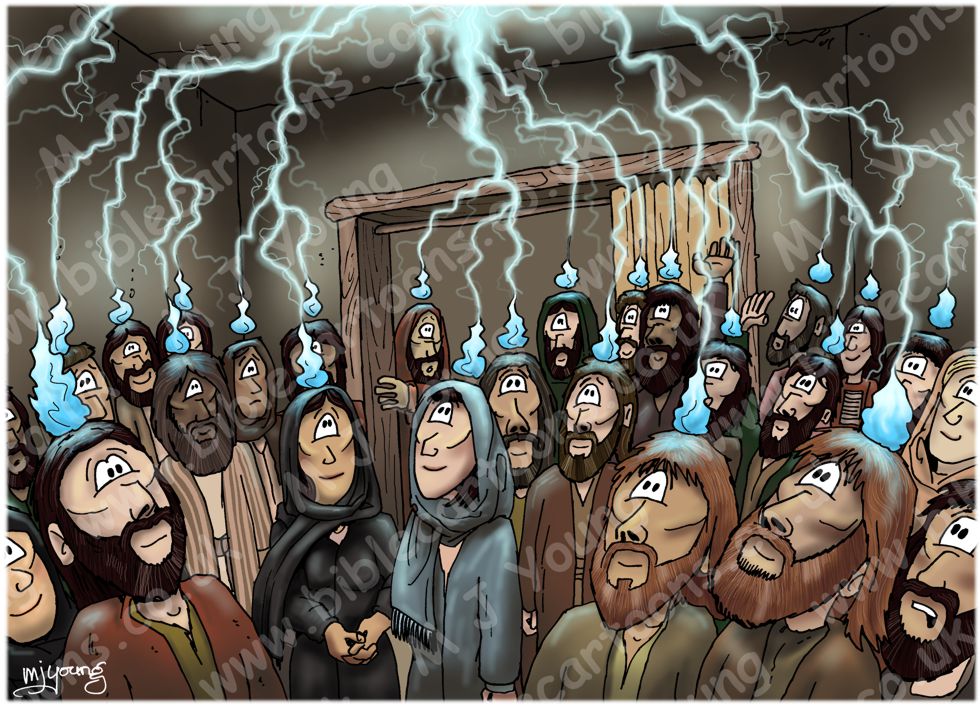 CHARACTERS PRESENT:
The NIV states, “When the day of Pentecost came, they were all together in one place.” It is probable that the “all” means the 120 disciples spoken of Acts 1:15. I have only drawn 26 of there number.
James & John (the “sons of thunder” as Jesus’ described them!) are the men with reddish beards in the foreground, on the right of the picture.
Mary Magdalene is on the left of the picture, in dark clothes, with her hands clasped together.
Thaddeus/Judas (son of James), is the man with the big bushy beard & striped outer robe, standing behind Mary Magdalene.
The other people are unnamed disciples.

RESEARCH/ADDITIONAL NOTES:
Acts 2:3-4 (The Message) states that “Then, like a wildfire, the Holy Spirit spread through their ranks, and they started speaking in a number of different languages as the Spirit prompted them.” I liked the image of wildfire, but decided to use the image of lightning, coming from the ceiling, & forming tongues of flame on each of the disciples heads. 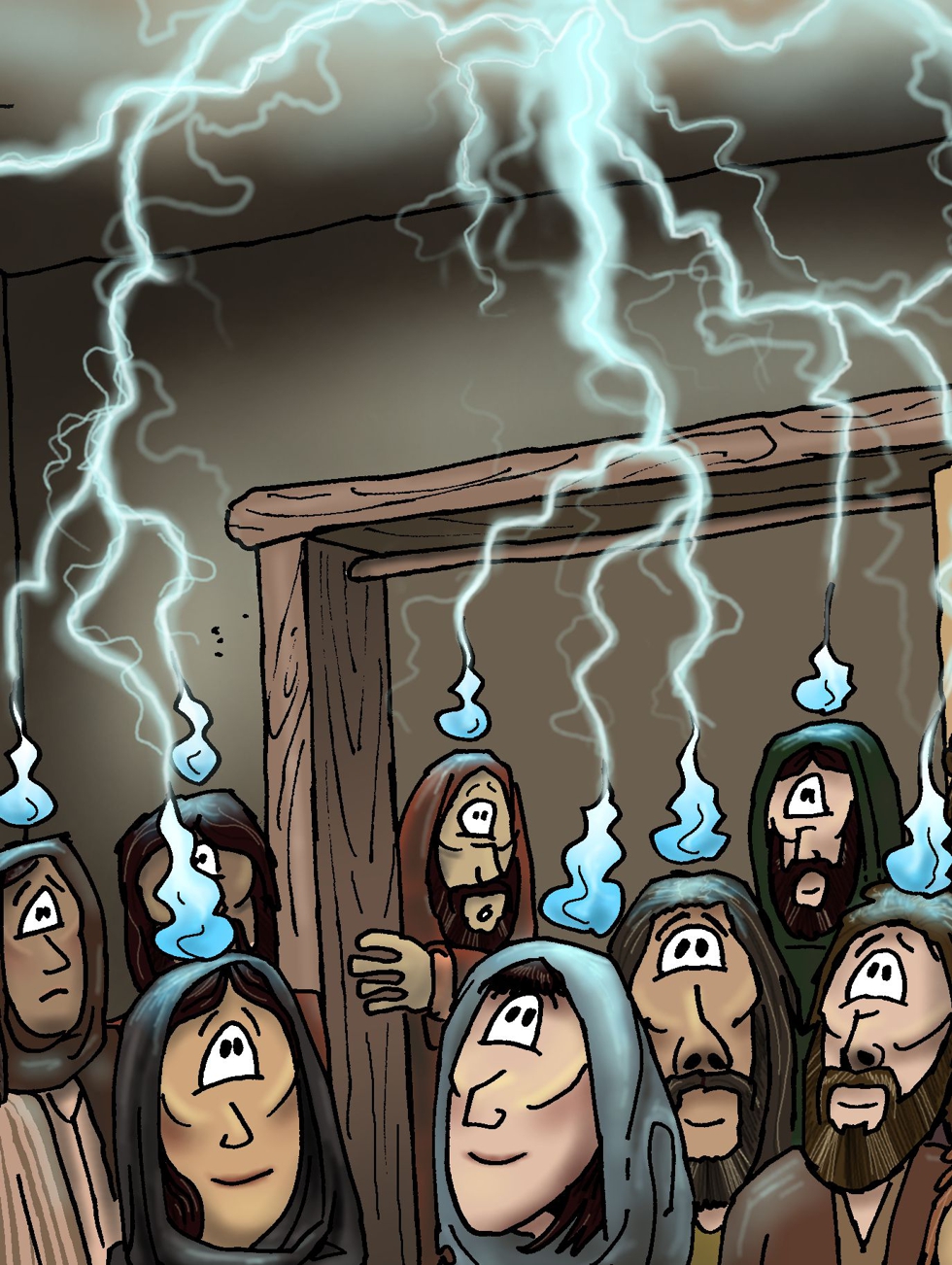